All bars, restaurants and shops in Punta Ballena in Magalluf and the famous ham and beer streets in Playa de Palma will be closed for two months to prevent a repeat of the drunken behaviour by tourists last weekend.

The new measures were published in the BOIB on Wednesday and are effective immediately. The closure will last for two months, but there is a possibility that the restrictions may be modified depending on the degree of compliance.

The use of long straws are now banned in the Balearic Islands because they are used to share drinks and half-litre glasses are also be banned.

High tables and stools are prohibited in those areas affected, to stop people socialising and make sure everyone is respecting the social distancing rules and these measures will be extended to other areas if necessary. 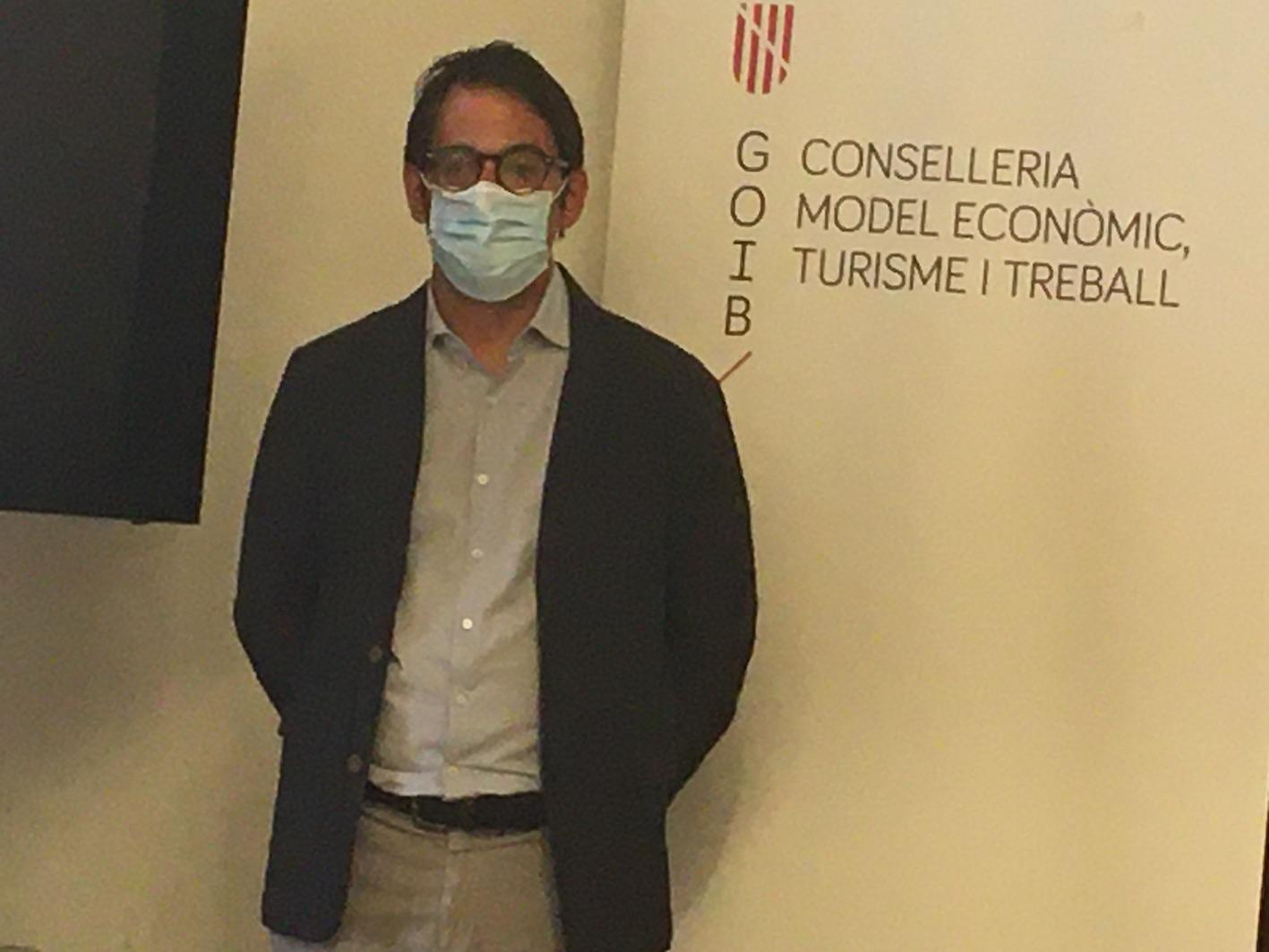 The new restrictions were announced by Tourism Minister, Iago Negueruela, on Wednesday to deal with excess tourism in the wake of the Covid-19 pandemic.

Minister Negueruela said Tour Operators have also been warned about the new restrictions and insisted that these preventive measures are necessary to ensure that the Balearic Islands is a safe tourist destination.

“The epidemiological situation in the Balearics is very good,” he said, “and all necessary measures are being taken to guarantee that it stays that way.”

He also pointed out that tourist excesses in Playa de Palma and Punta Ballena are very specific cases and vowed that the Government will not allow them to damage the image of the Balearic Islands.

Minister Negueruela also confirmed that premises of more than 300 metres cannot open in the Balearic Islands.

"The most important thing is health and without health there is no economy," he said, adding that “the behaviour of the companies and workers of the Islands has been exemplary. More than 30,000 workers already out of the ERTE and we want this rhythm to be maintained.” 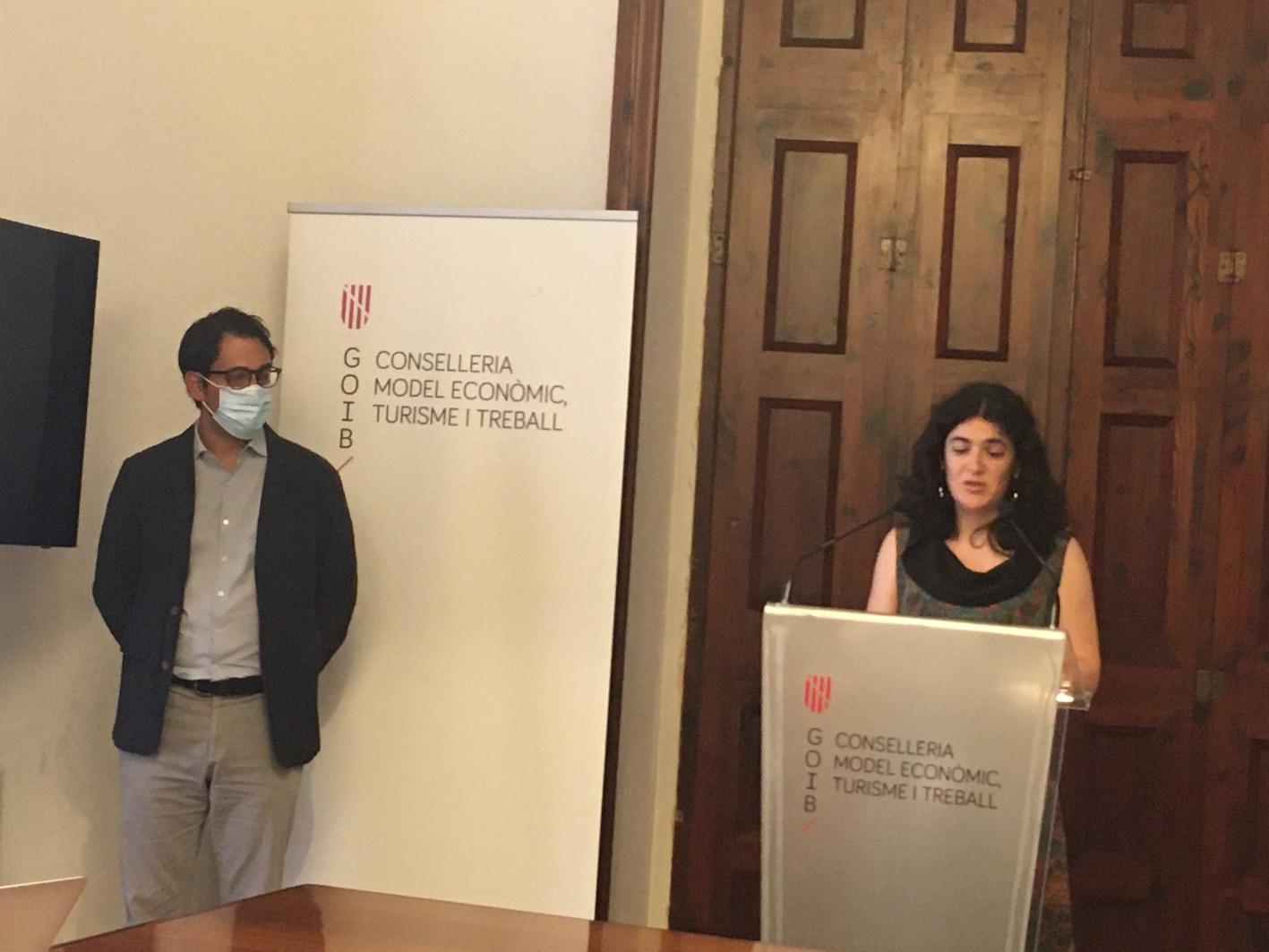 Public Administration Minister, Isabel Castro, announced that extra Police Officers will be deployed to Playa de Palma and Magalluf and that special surveillance will also be carried out at sea.

A joint task force of 100 Government Inspectors, Local police from Palma and Calvià, the Guardia Civil, the National Police and 50 Labour Inspectors will be working together and Minister Castro warned that sanctions will be high because people’s health cannot be put at risk.

Minor offences, such as exceeding capacity, not wearing face masks or not complying with social distance rules will result in fines of €100-€3,000.

Serious offences, which include organising or participating in meetings or parties where crowding prevents or hinders health and safety protocols or putting people’s health at risk will result in penalties of €3,001-€60,000.

Very serious offences, such as the commercialisation of parties in public or private places, not complying with capacity limitations, having a dance floor and putting people’s health at risk because of crowding will result in fines of up to 600,000 euros and the establishment involved will be shut down for a maximum period of years even if the venue changes hands.

The new restrictions are a direct result of photographs and video footage showing crowds of tourists partying without face masks and zero social distancing in Carrer Punta Ballena and Carrer de San Ramón Nonato at the weekend.

The Government plans to launch campaigns publicising the Balearic Islands as "the safest destination in the Mediterranean" said Minister Negueruela.

donna | over 2 years ago

Julian, this is not even the beginning of your worry re Majorca. They are not dependent on our money, there's far bigger fish that fries over there. What is worrying is the pound vs euro/dollar etc forecast, your maintenance fees and your cost of flights, cost of electricity etc ALL going up two/three fold. Your maintenance suddenly costing 600 instead of 300gbp per year, your electricity bill being 300 rather than 150gbp in the summer, and your flights costing over 280gbp one way all year round. Majorca is on the way to becoming Luxemburg/Jersey, it depends on Azeri/Italian/German 'businessmen', not on a few Brits spending a couple of hundred in Mercadona and paying the cleaner to sweep after our visitors.

If you are not able to understand the situation just stay in your country (and please take with you all the hooligans that are jumping over our cars, urinating in our streets, etc. because we don't want them here). This is something our goverment should have done long time ago. Bravo!!

Sad state of affairs. If people behave like naughty, irresponsible kids then they have to be treated like one. Go and and stand in the corner! sad though for the businesses who have hardly got off the ground then are placed under such restrictions. I am sorry that lot if comes from behaviour of my young fellow Brits.

Julian | over 2 years ago

Looks like the Balearic health authorities have a repressive, totalitarian little island mentality that is completely at odd with an island reliant on tourist from around 25 million tourists a year traveling through its airport.We own an apartment in Mallorca and I was considering coming out on holiday but now the nonsense of having to wear a face mask everywhere outdoors except the beach and a pool and including outdoor restaurants and bars (except while eating) has completely put me off bothering with Mallorca this year.Presumably at some point the backlash from bar, restaurant and shop owners and hoteliers will force a change of position by the control freak mentality (noting their other various silly anti foreigner rules of recent years such as a total ban on and then an unworkable licensing regime to rent out apartments) Balearic Government who may start to worry their four little islands will start to go bankrupt without all the important income stream provided by all those annoying non Catalan speaking Forestieres.......................Eventually the threat to life of no income from those annoying risk taking tourists may look greater than the risk of catching COVID-19.

At last, someone has grown a pair and done the RIGHT THING there has been too much of the disobedience by the young Brits and Germans so it's there and the bar owners own fault I don't think SHOPS should have been closed they should have had a NO BOOZE sold ban but all other goods would have been fine because there are ordinary tourists that love the areas as well