The Royals arrived in separate cars and delighted hundreds of local residents who cheered loudly as the King, Queen and Princesses waved and smiled but respected social distancing rules as they walked into the Centre in the Son Roca neighbourhood of Palma.

The President of the Balearic Government, Francina Armengol, Education & Vocational Training Minister, Isabel Celaá, as well as the Minister of Social Affairs & Sports Minister, Fina Santiago and the President of the Consell de Mallorca, Catalina Cladera, accompanied the Royal Family during their visit to the Centre, which has been working to promote the integral growth of children and young people from the neighbourhood since 2000. 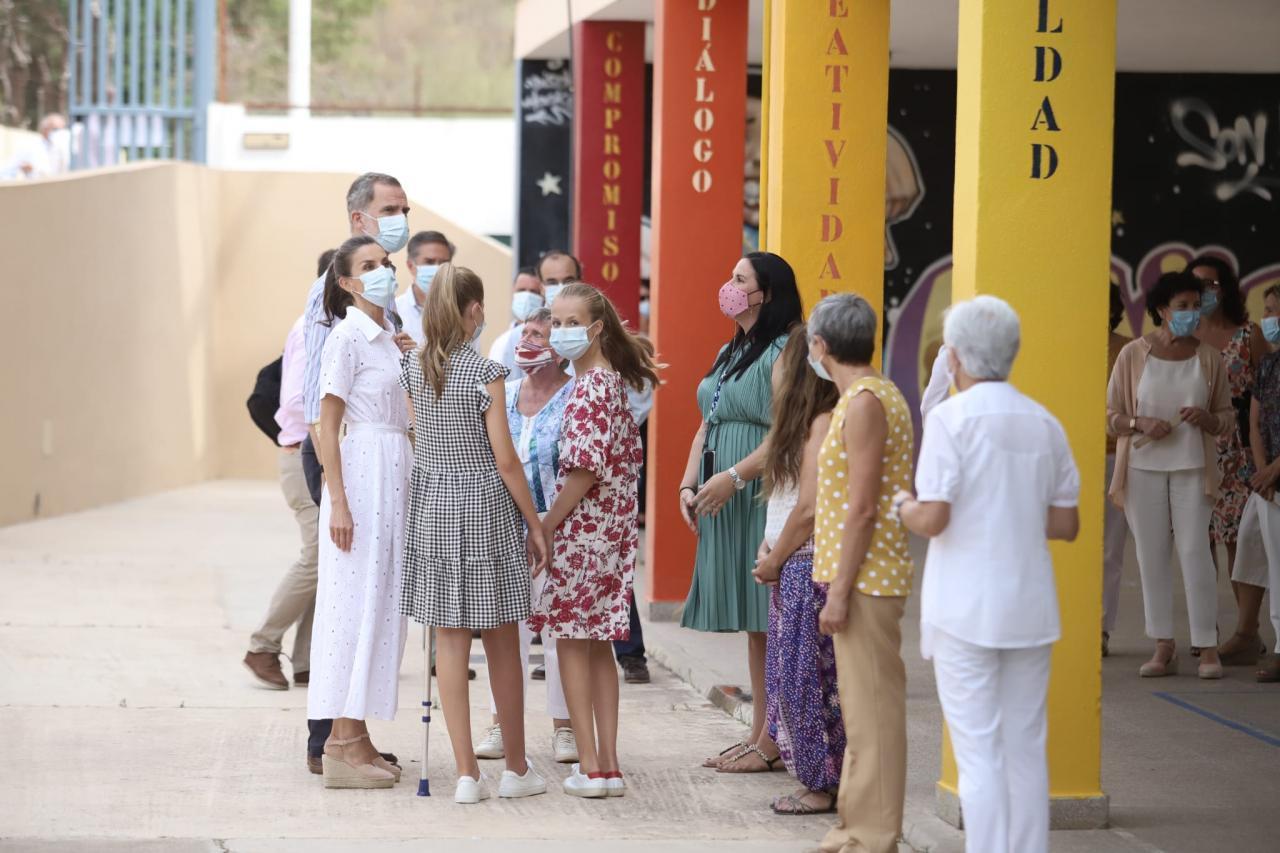 Their tour began in the courtyard of the school with Project Director, Margalida Jordà, explaining how the Centre functions and the work that’s being done to help more than 850 people.

Jordà also spoke about the efforts the Naüm Centre made during the coronavirus lockdown to alleviate the impact of the "digital divide" on the school performance of minors, by developing a stronger care protocol for families who didn’t have access to the Internet.

Before they left the Naüm Centre, Don Felipe, Dona Letizia, the Princess of Asturias and the Infanta Sofía spoke to 120 children who were taking part in summer camps. 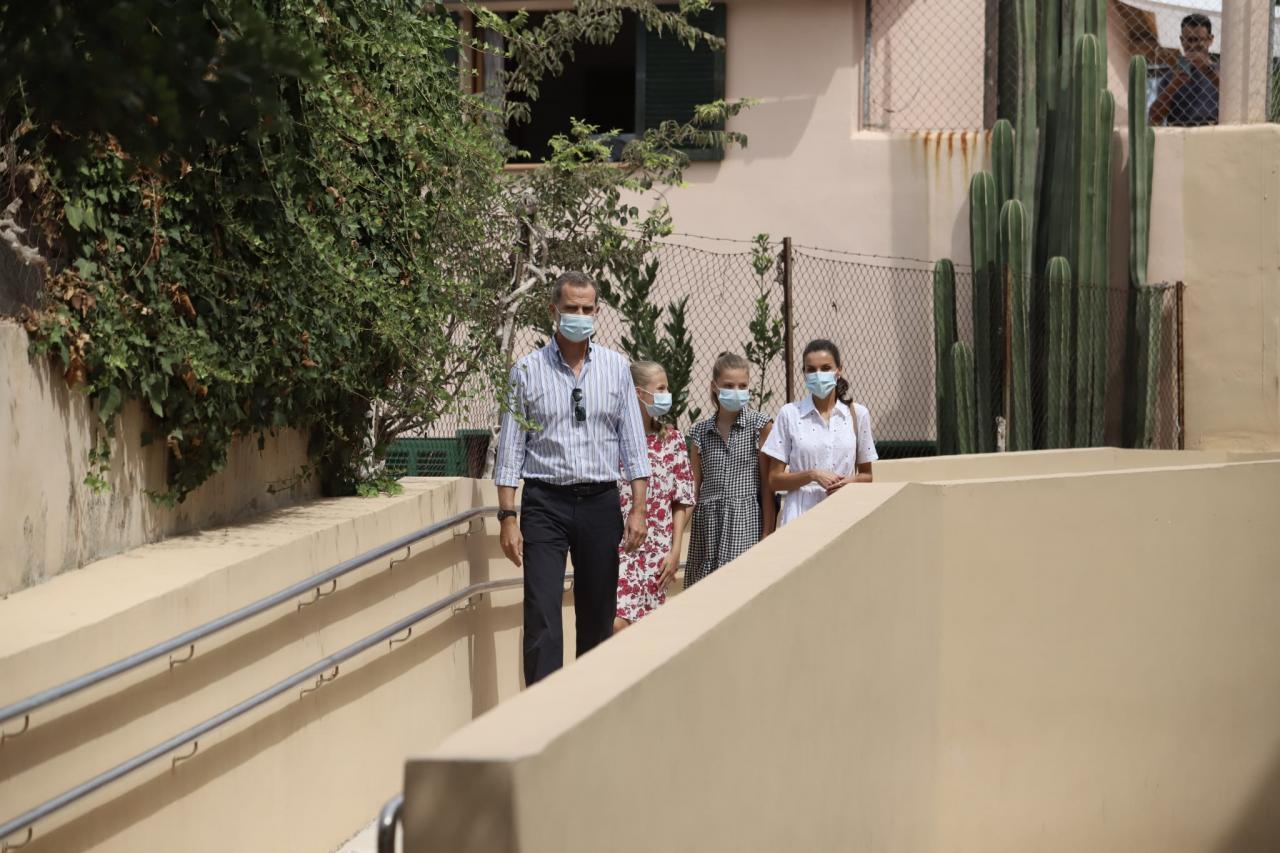 The busy royal agenda began on Monday with a raft of meetings between King Felipe and top politicians to discuss the effects of the coronavirus pandemic on the Balearics.

On Monday afternoon the Royals were welcomed by a large crowd as they took a tour of Petra and visited a museum dedicated to Fra Junípero Serra who was born in the town in 1713, beatified by Pope John Paul II in 1988 and canonised by Pope Francis in 2015.

On Thursday King Felipe, Queen Letizia and the princesses will travel to Minorca where they’ll visit the Coinga cheese factory in Alaior and the Naveta des Tudons archaeological site in Ciutadella along with the Interior Minister, Fernando Grande-Marlaska,

The Royals are scheduled to take a tour of Ibiza with Industry, Commerce & Tourism Minister, Reyes Maroto will accompany King Felipe and Queen Letizia on August 17.