Change of name for the Magalluf strip?

The first thing they want to do is change the name of the street to get rid of the stigma attached to Carrer Punta Ballena. 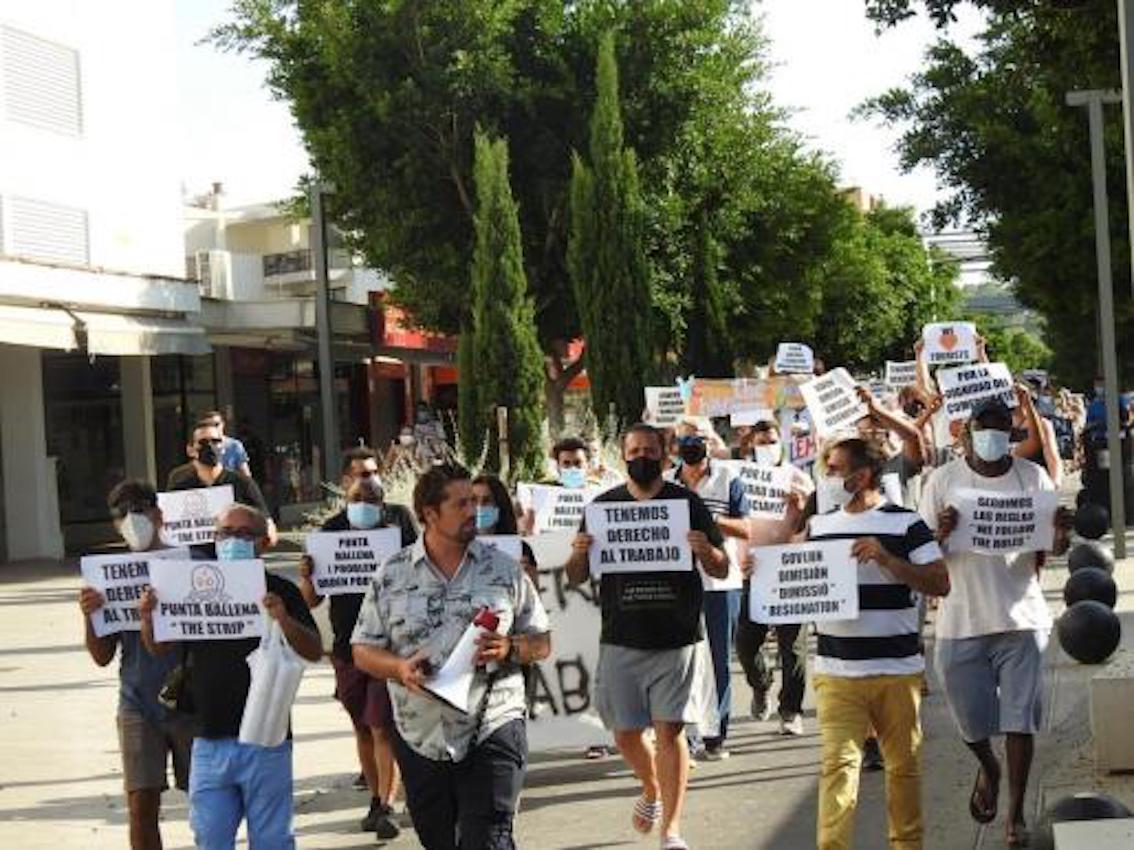 Business owners who were affected by the closure of three streets in Magalluf have asked the Mayor to negotiate with the Government in a bid to get businesses up and running again and also raised the need for financial aid from the Town Hall.

”We already have nothing," says Juan Rodríguez, "the Association is an ally, not an enemy."

He is also demanding that crime mafias be wiped out, that the excess law be extended to the entire island and all-inclusive deals be abolished.

The Association of Small & Medium Businesses and Workers in Calvia has condemned the insults and threats received by the First Deputy Mayor, Nati Francés, in relation to the closure of Punta Ballena and passed them to the Guardia Civil.

Do you think they should rename Punta Ballena in Magalluf?

James Thomson | over 2 years ago

The name isn't the problem... It's the continual downgrading of the quality and range of businesses. There used to be more restaurants than bars in the Punta Ballena. Now, I can only think of a single restaurant. There used to be a bowling alley and games arcades for kids, no more. The place is full of strip clubs, tattooists and bars that flood the street with PRs encouraging all the behaviours that the Punta Ballena has become infamous for. Close down all the 'sports' bars and strip clubs, most of the tattoo parlours, make 'closing time 2pm and get some police on the ground.

A very difficult operation to remove the bad stigma associated with Magaluf. Now is the time to correct its disgraceful image and reputation throughout the world. Many attempts have been made to bring the Urbanisation up to a more respectable town. Unless there is a complete change of all the bars and businesses and poor Hotels throughout the whole catchment area, then its reputation will remain.