The average assets declared in the Balearic Islands in 2018 was 3.1 million per taxpayer making it the fifth highest in the country, according to the Tax Agency.

The Wealth Tax is a direct and personal tax that's levied on the net worth of individuals. In the Balearic Islands, that applies to residents with assets of more than one million euros, who exceed the exempt minimum of 700,000 euros and have a habitual residence exemption of up to 300,000 euros. 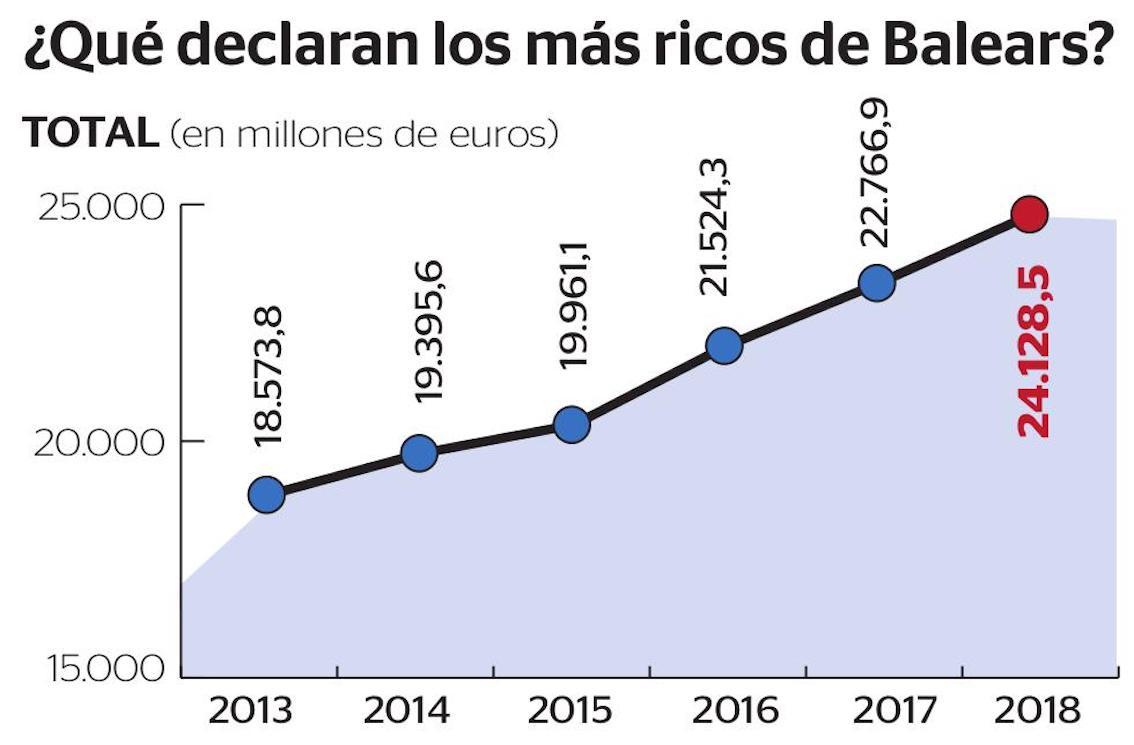 The number of millionaires in the Balearic Islands has continued to grow in recent years. Between 2013 and 2018 assets declared to the Treasury increased by nearly 6,000 million euros and in 2018 some 7,828 Balearic residents paid Heritage Tax amounting to 24,128.5 million euros with 7,533 of them paying 68 million euros.

Most of the assets increased over the years although their weight has remained more or less stable.

65.4% or 14,630.9 million euros of the total equity corresponds to movable capital, such as shares, public debt or bank account deposits.

The real estate market is the second favourite option, monopolising just over a quarter of total assets, or 6,540 million euros. 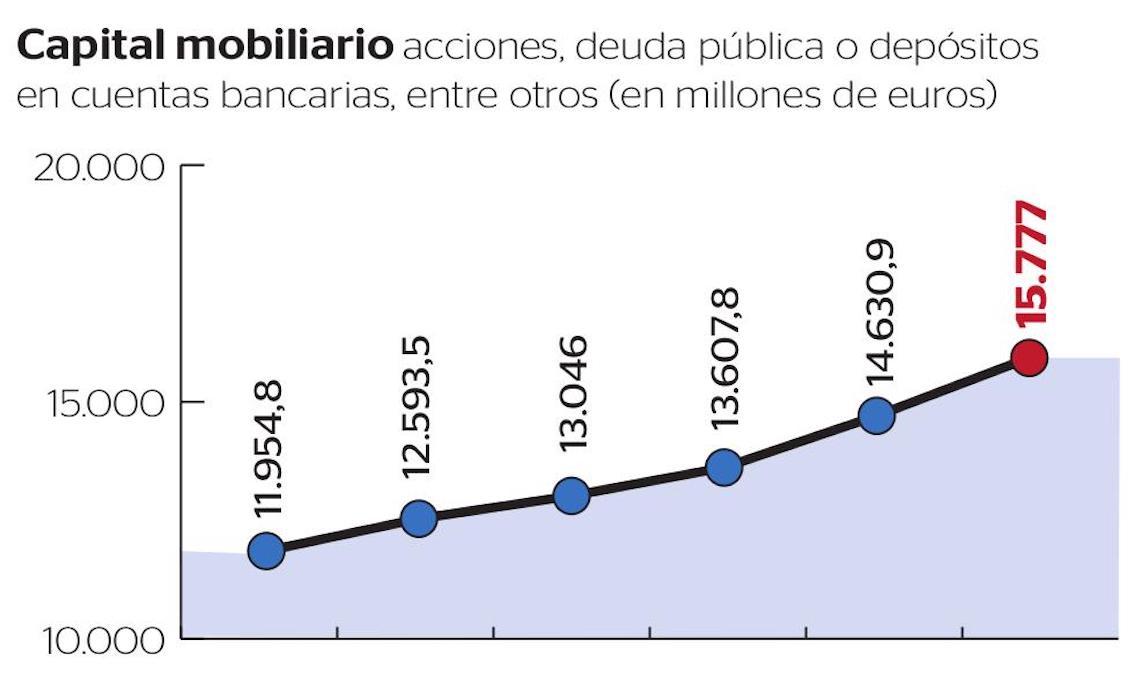 The Balearic Islands is not the most expensive place for people with a one million euro fortune, but they are in second place for declared wealth of more than 10.9 million euros. 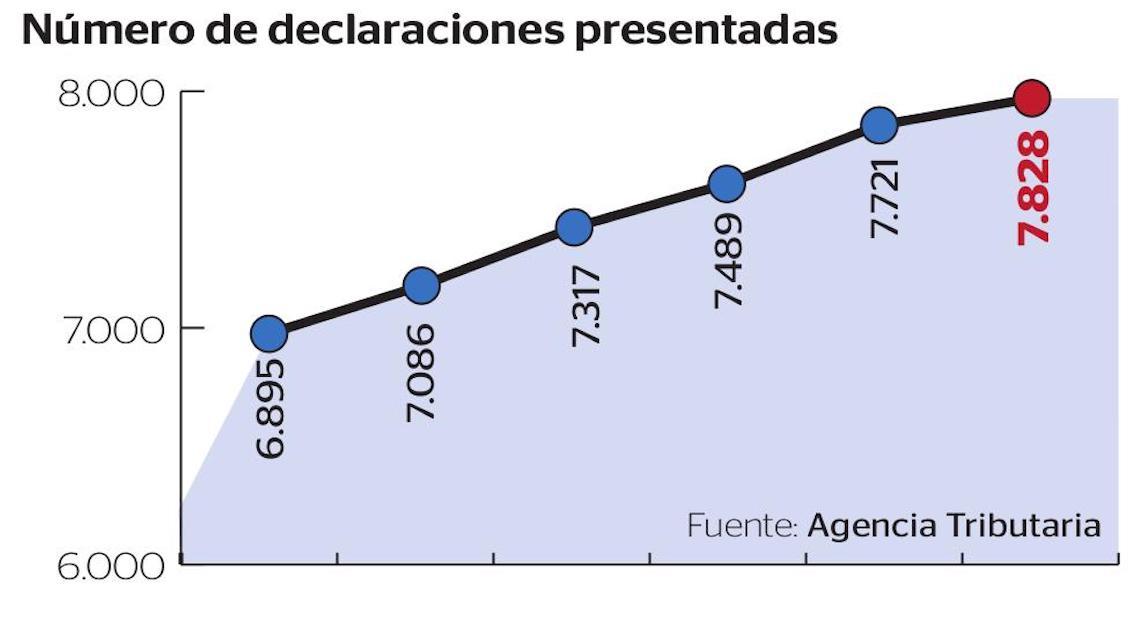 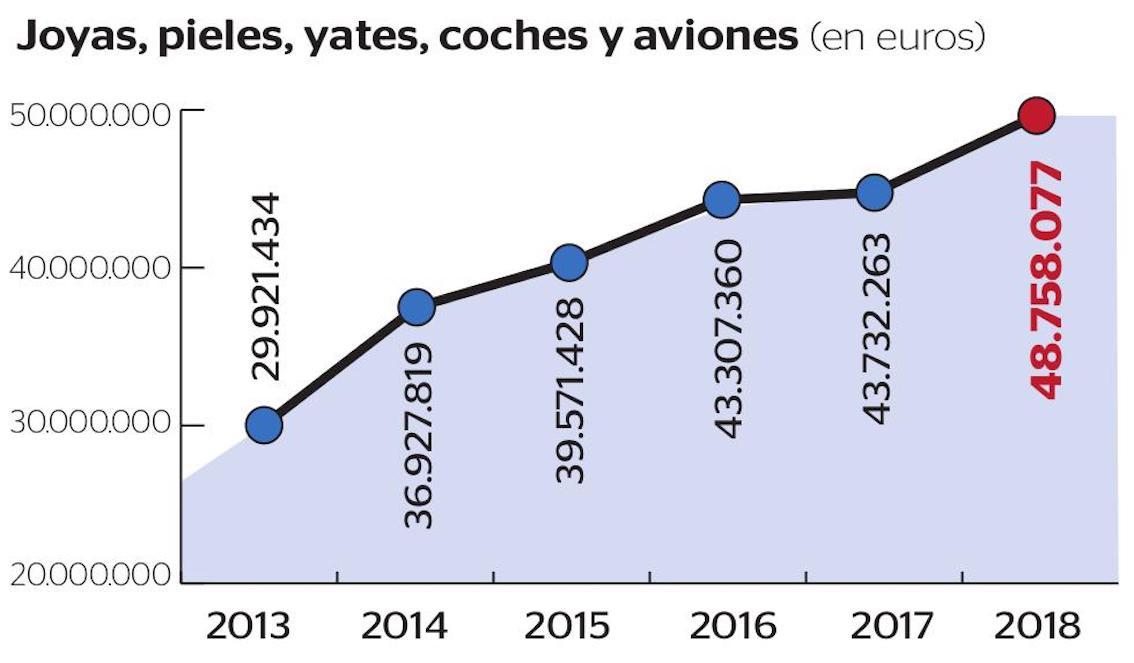 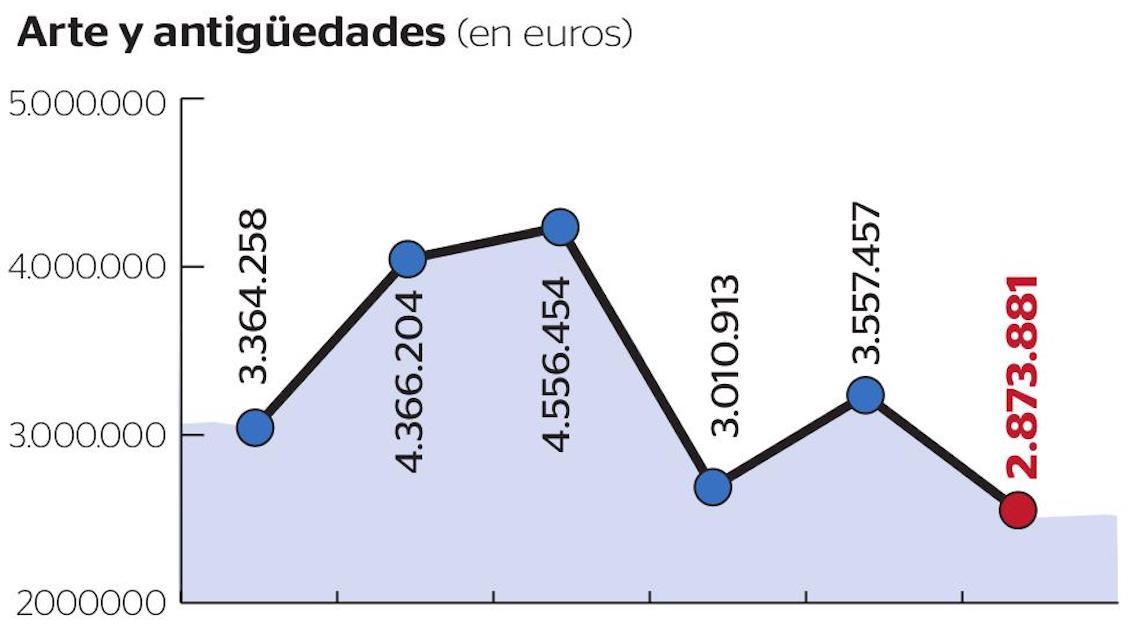