Squatters have become a major problem in Majorca and it usually takes a lot of time and a lot of money to get them out, but Juan Manuel Quintanilla, aka ‘el Kinta’ who’s the Spokesperson for Stop Okupas in the Balearic Islands offers an alternative.

"We are unemployment professionals and the last thing we look for is prominence or media exposure,” he says. “All of the members in our group come from the Private Security Sector, Access Controls, Nightclub Bouncers and Gyms, says Quintanilla. We have work to do and I can assure you that when someone has a problem, they find us."

Several Municipalities are trying to pass new laws that will enable them to evict squatters within 24 hours, but Quintanilla says his customers are already at the end of their tether and don’t want to wait any longer.

“The people who come to us are desperate. It is very unfair for squatters to enter your house; you have to keep paying for electricity and water and above all the law is on their side,” he says. “We are very clear, when the authorities don’t arrive, we arrive and 95% of our action is ‘friendly’ mediation between the illegal squatters and the property owner.”

Quintanilla has been asked to intervene at a house that’s been taken over by squatters, but for security reasons the client’s name and address are not being printed. 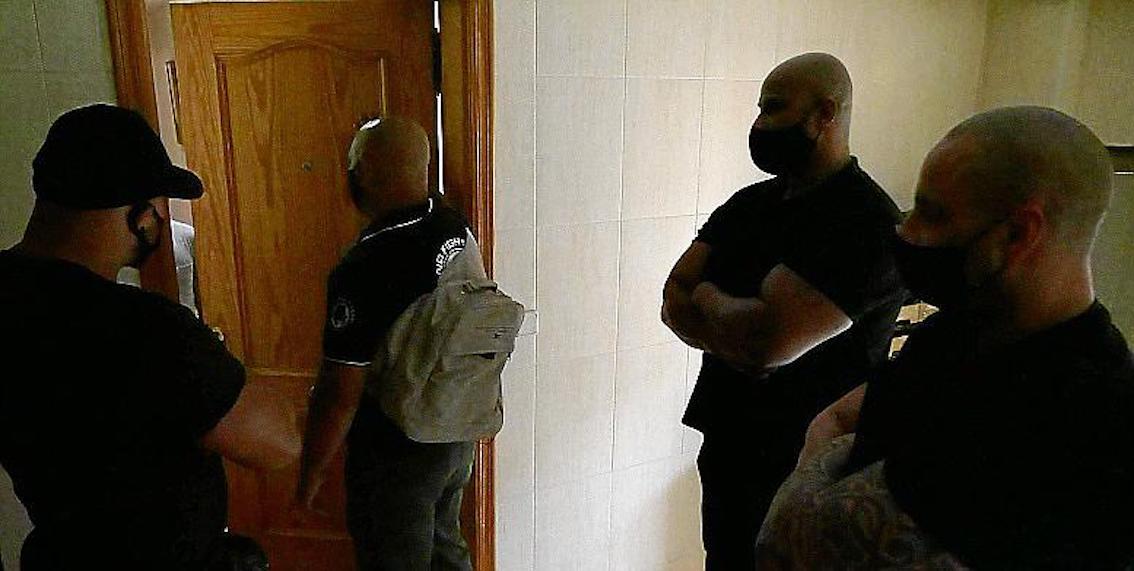 Quintanilla arrived at the home with 9 burly men in tow and 5 of them stood by the door just in case the situation got complicated. Next, he established dialogue with the squatters.

“The owner of this property wants you to leave in less than 48 hours,” he told them. “There are two ways of doing this: the good way, or our way. We all know that you’re not going to stay here, so we’ll give you €200 cash to gather your things together and get out. "If you don’t we’ll set up an access control at the door of the building with Security Guards and you will not be able to enter or leave."

After a short but intense negotiation, the squatter accepted the money and asked for 72 hours to make the move. He admitted that he broke into the property to squat there and eventually agreed to leave in less than 48 hours.

Two days later, the owner of the house was able to change the locks and get her home back.

“We are not an NGO, we charge to do our work, but I can assure you that we are much, much cheaper and much faster than justice,” claims Quintanilla. “The courts take years to get squatters out and we have them out in 24 hours. I also want to point out that we don’t work for banks and if we find homes occupied by families with children we go to Social Services and they are the ones who take action.”

Legally evicting a squatter in Spain costs €10,000-€20,000 and according to several specialists, it takes an average of 8 months from the time the owner files an eviction claim to get a court order.

Lawyers reportedly charge about €1,500 plus around €400 in legal fees. Changing the locks will cost roughly €300 euros, a Notary Entry Certificate will add another €300 to your bill and on top of all that there’s the cost of repairing damage caused to the property as well as the loss of rental income.