Tourists in Palma during the Easter break. | teresa Ayuga

At the start of April, this column carried a headline of 'July or September or ... ?' I recall this was greeted by one comment on Facebook to the effect that there was the Bulletin not being optimistic - again. The article was about the expectations for tourism, and as things turned out, optimism would have been misplaced. But it hadn't been a case of either optimism or pessimism. It was realism based on what was understood to be the situation at that time.

Much has obviously happened since early April, and it unfortunately hasn't been very encouraging. It has in fact been a total disaster, and it is impossible to attempt to dress the situation up in any other way. 'July or September or' was in fact a stab at offering some optimism, for at least there were expectations, albeit that these were tentative. A resumption by July, which was a majority view in early April, proved to be correct, but it was - as we know - shortlived. And so the summer season in Majorca, the end of which (officially) is still three weeks away, has been a catastrophe that not even the most pessimistic could surely have forecast in the first week of April.

A year on from that article and it will be Easter 2021. For the island's tourism industry, an Easter that means a month's gap before the official May 1 start of the summer season has historically posed a problem. For hotels, it has been a question of to open or not to open. While Easter brings its tourists, there is a hiatus when there are few tourists before the whistle blows for the May start to the season.

In recent years the timing of Easter has been less relevant than it used to be. This is because there has been more early tourism, or certainly was before there was the market correction that brought Egypt and Turkey back onto the Mediterranean holiday map after those countries' security woes. But now, how the hotels would wish that all they have to worry about is an April hiatus. The pandemic has made so many past concerns seem almost absurd. Breakeven or below breakeven occupancy levels of some 30% in that April phase now look like riches.

Easter 2021 has become a point of reference, with demands for ERTE extension often demanding that the extension for the tourism industry is at least until Easter. But how confident can the industry be that Easter, early or not, will signal the recovery? During what was yet another webinar to consider the prospects, which was held earlier the week, Easter was seen by one travel agency representative as being "doubtful". More optimistically, good performance could see around 70% recovery come the summer months.

This webinar was to do with Spain as a market, and so predictions of demand among Spanish tourists. But the conclusions apply equally to other markets. The considerations and the dynamics are the same. The encouragement, the hope and yes the optimism lie not just with a vaccine but also with smarter travel protocols, and these include rapid tests, albeit that the jury is still undecided about their efficacy. The problem is, though, and as we realise all too clearly, that this virus can be contained only so much before it starts to spread again and means that all bets are suddenly off.

Harmonised regulations, harmonised systems of data analysis, harmonised approaches to government travel advice. These are the kinds of panacea which are regularly mentioned in bringing at least some certainty and confidence back for the tourism industry and for tourists.

On Monday, the secretary general of the UN World Tourism Organisation, Zurab Pololikashvili, and his counterpart at the Organisation for Economic Cooperation and Development, José Ángel Gurría, both made a plea for coherent regulation at regional and international levels. They stressed the need for "urgent political measures", both national and international, to increase coordination in order to reestablish traveller and business confidence, to stimulate demand and to accelerate the recovery of tourism.

Two days later, Spain's tourism minister, Reyes Maroto, was offering the G20 a summit in La Palma (Canaries) to address the "ambitious objective" of reopening countries as safe travel destinations. This summit would be held next month, and maybe it will take place. If it does, then La Palma is about as safe as it can be anywhere in Spanish territory.

International accord is necessary, but it has thus far proved to be devilishly difficult to obtain or maintain. This is why, despite the attempts of the European Union to cling to the life raft of open borders and freedom of movement, individual countries will adopt policies as they see fit. And they do so not because they wish to prevent travel - of course they don't - but because they have a greater priority, that of public health, however they may define this in data analysis terms.

There have been too many of the calls of the type made by the UNWTO and OECD. Too many because they seem to be just words. However, perhaps these words will have the desired effect, as coordination is needed, and I hope that it can be achieved, as this may well mean that we can look forward to Easter 2021 with optimism. But I'm not making any forecasts, and right now I don't believe anyone truly can. 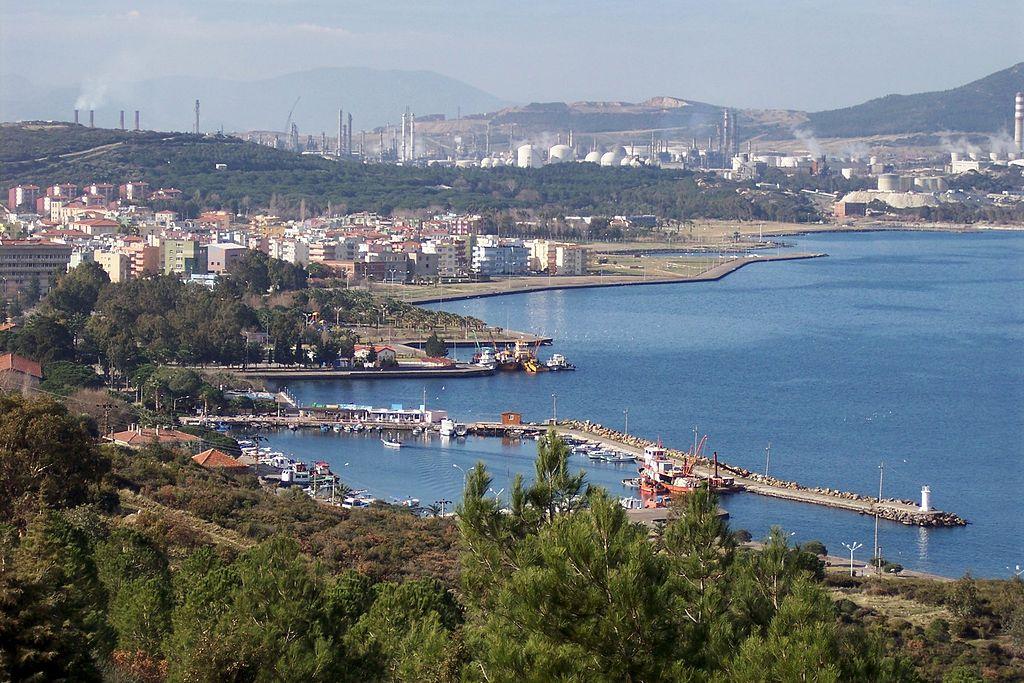 Where cruise ships go to die

Aliaga in Turkey has a port where a speciality isn't the repair of boats and ships; it is their breaking, their dismantling and their scrapping. This industry has traditionally been for old cargo and container ships, but Aliaga has been diversifying. There are currently five cruise ships in the process of being dismantled and another three are on their way.

An unexpected boom has occurred because of the pandemic, and it is good for employment. There are some 2,500 people working at the ship scrapyard, and it takes a team up to six months to dismantle an entire cruise ship.

While the cruise industry has been devastated, it is taking its first steps in reviving Mediterranean operations. Confined for now to the likes of Greece and Malta, the Canaries have continued in establishing strict protocols to enable cruise lines to operate itineraries there, always assuming that the Spanish government says yes.

In Palma, the new president of the Balearic Ports Authority, former Balearic president Francesc Antich, is being asked to do the same. The retailers and restaurants associations are lobbying for these strict protocols and safe marine corridors, as they desperately want some reactivation over the winter. Shops and restaurants can't survive on just local consumers who, in any event, have diminished spending power.

One wonders how feasible this might be, and this feasibility would include public opinion, as there is still the memory of the negative reaction towards cruise ships from Italy docking in March - the Spanish government had yet to ban them. But as with all aspects of tourism, reactivation there has to be, and the politicians know this only too well.