Paquita Ruiz has been all about speed since she rode her scooter on the pavements of the Pere Garau neighborhood of Palma when she was just a kid.

Pakita as she's known in the motorcycling world, grew up and went to school in Palma.

“I honestly don’t remember my school years as positive,” she says. “I wasn’t a problematic girl but they didn’t give me the opportunity to prove myself because I was travelling for competitions and I never had a chance to retake my exams. I feel that I should have had the opportunity to be in the Escola Balear de l’Esport, or EBE, like many drivers."

Her first petrol motorbike was a present from her uncle.

"That's when I discovered my passion and even though the motorbike was hidden from me for four years, when I moved house and saw it and I knew that no-one would ever separate me from it again," she confesses.

Paquita is now 23 years old and has her eyes on the big prize.

“I’m looking to fulfill my dreams and one of them is to win the Moto2/ssp600 World Championship,” she says.

Pakita won the Yamaha R6 Cup Championship in Navarre at the weekend and came 5th in the Interprovincial Championship.

She's not had an easy time of it in the racing world; 15 years ago it wasn't very common for a girl to compete in motorbike racing, and she was the only one in the Balearics.

“There was no female category because there weren’t even three girls in the competition, so I was competing with boys,” she recalls. “They didn't even talk to me, they went around the circuit together and I was never invited."

Now things have changed a lot, but Pakita says she's learned how to cope with the good and the bad.

“More people are interested in how things are going, some admire you and others criticise you, but that's life,” she says.

When she's not on the circuit, Pakita keeps herself very busy so that she can pay for what she needs.

“From 16-23 I cared for my three siblings and it was very rewarding watching them grow up," she says. "It's much more than a job and I also do house cleaning, car cleaning, and sell calendars, T-shirts and merchandise in mechanical workshops, stores and via social media to cover my expenses. Life has taught me to fight for what I want,” she adds.

Reaching her ultimate goal will be a challenge, but she has the support of her family.

"My mother is the team leader and my brother is chief mechanic," she says. “My father used to do that job but there came a time when we had to go to the Peninsula and he couldn't come, so I had to learn how to fix my own bike. I also have a lot of people who believe in me and support me, who make a contribution.

Asked whether she would like to compete on the circuit with Majorcans Jorge Lorenzo and Joan Mir, she confesses "yes, but in the same conditions.”

Pakita's numerous victories in the sport have earned her the respect of her male rivals. 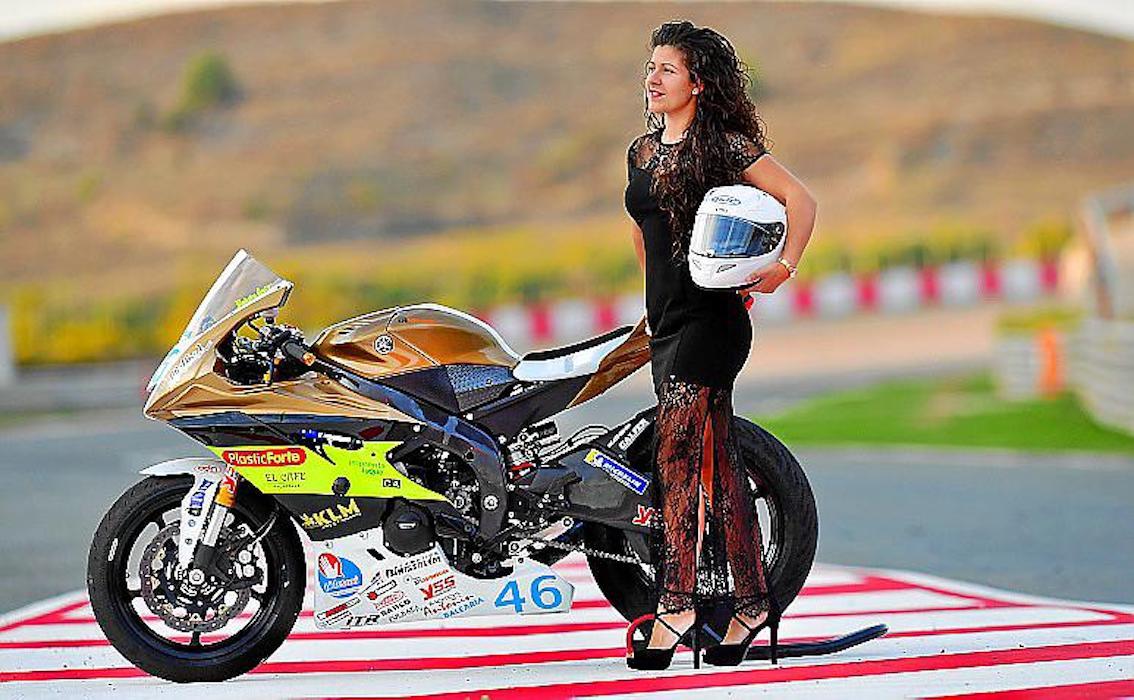