Spanish grandma, 99, gets back to computer games after beating COVID-19

Florentina Martin, a 99 year-old woman who survived coronavirus disease (COVID-19), plays a digital puzzle with her great-grandson Pedro Valle at her home in Pinto, near Madrid.-GRANDMOTHER | SERGIO PEREZ

When 99-year old Florentina Martin caught the coronavirus in September, her grand-daughter's greatest fear was not that the disease would kill her, but that she would end up alone on an emergency ward.

"I always thought loneliness would finish her off before the virus because she's afraid of being left alone, especially in the hospital," Noelia Valle said.

She thinks her grandmother probably got infected at her 99th birthday party on Sept. 16, when the family went outside to enjoy the fine weather with drinks on a terrace.

"I think it must have been there at some point when we were all close together without a mask," Valle said.

A few days later, Martin began to feel weak and retreated to bed. Exposure to contaminated rapeseed oil when she was younger left Martin with lifelong health problems, heightening her vulnerability to respiratory complications from COVID-19. 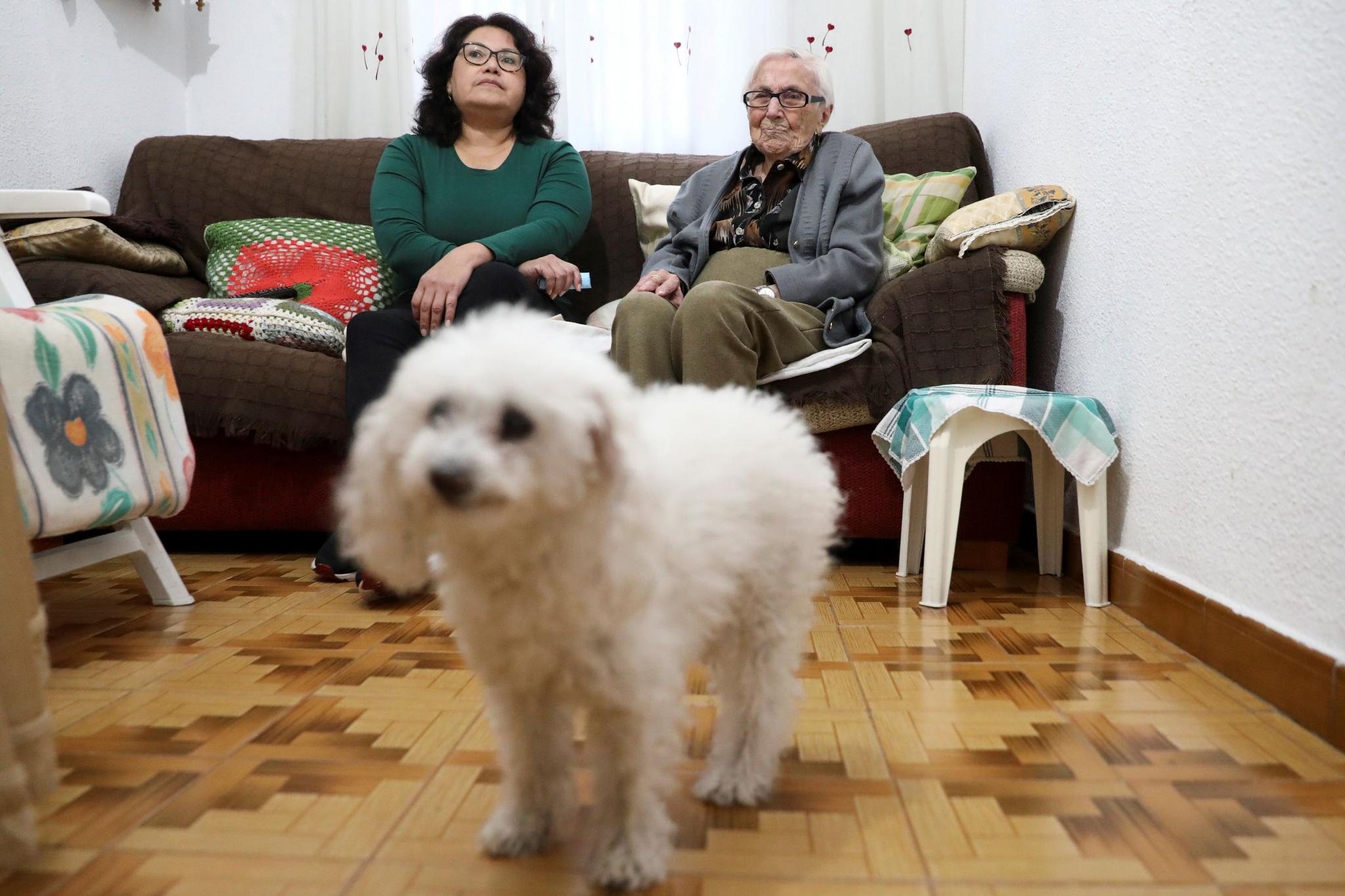 But she only developed mild symptoms and was able to recuperate at home in Madrid, supported by her family, her carer Olga Arauz and her dog, a half-deaf Havanese called Luna.

Now she is back to watching her favourite TV shows and playing games on a tablet with her five-year old great-grandson Pedro.

"I'm well. I'm really OK," Martin said, though her memories of the virus are hazy.

Despite her grandmother's full recovery, Valle, who is a biologist, still insists on wearing a mask when she stops by for a visit. "I don't want to let my guard down but of course I feel a huge sense of relief."

With nearly one million infections recorded, Spain has the highest COVID-19 caseload in Western Europe. More than 34,000 people have died of the virus there, the vast majority aged over 80.