Forgetting the artisans in Mallorca

While I daresay that the lament of a great number of us at the disappearance of fairs (and fiestas) is on account of not being able to enjoy the entertainment that gets served up, I also imagine that it is because of the loss of the essential meaning and purpose of these events. In the case of the fiestas, the fundamentals revolve around the religious celebration and the traditions that have developed from this, while for fairs there is the hard-nosed business aspect. If it hadn’t been for this business, there wouldn’t have ever been fairs.

Go back in time, and one discovers the elements that began to convert fairs into what nowadays can seem indistinct from fiestas. An example of entertainment in Palma was the arrival of the carousel, the merry-go-round, at the end of the nineteenth century. The Fira del Ram, which had undergone changes down the centuries, was to eventually so embrace entertainment that the original purposes of the fair were completely abandoned. It became a full-blown funfair staged over several weeks.

The origin of this fair was in fact religious. People used to gather for the appearance of the image of Veronica and the relic of Santa Faz, which is bound up with the story of Veronica who wiped the face of Christ on his way to Calvary. This was especially popular on Palm Sunday. After a while, traders sensed an opportunity. There were food stalls and there was craft. By the eighteenth century, the star attraction of this craft was the siurell.

There had long been attractions of some sort at fairs, mainly confined to music, jugglers and dance, but these attractions began to expand in the middle of the last century. Much of what is now associated with fairs and their entertainment became standard fare - pipers, bigheads, giants, dance troupes, demons, the verbena night parties. The fairs did indeed start to be very much like the fiestas.

But there was still of course the business focus. The Fira del Ram was an exception, and an extreme one at that, but its past contains an important reference to the current day. And that is the craft. 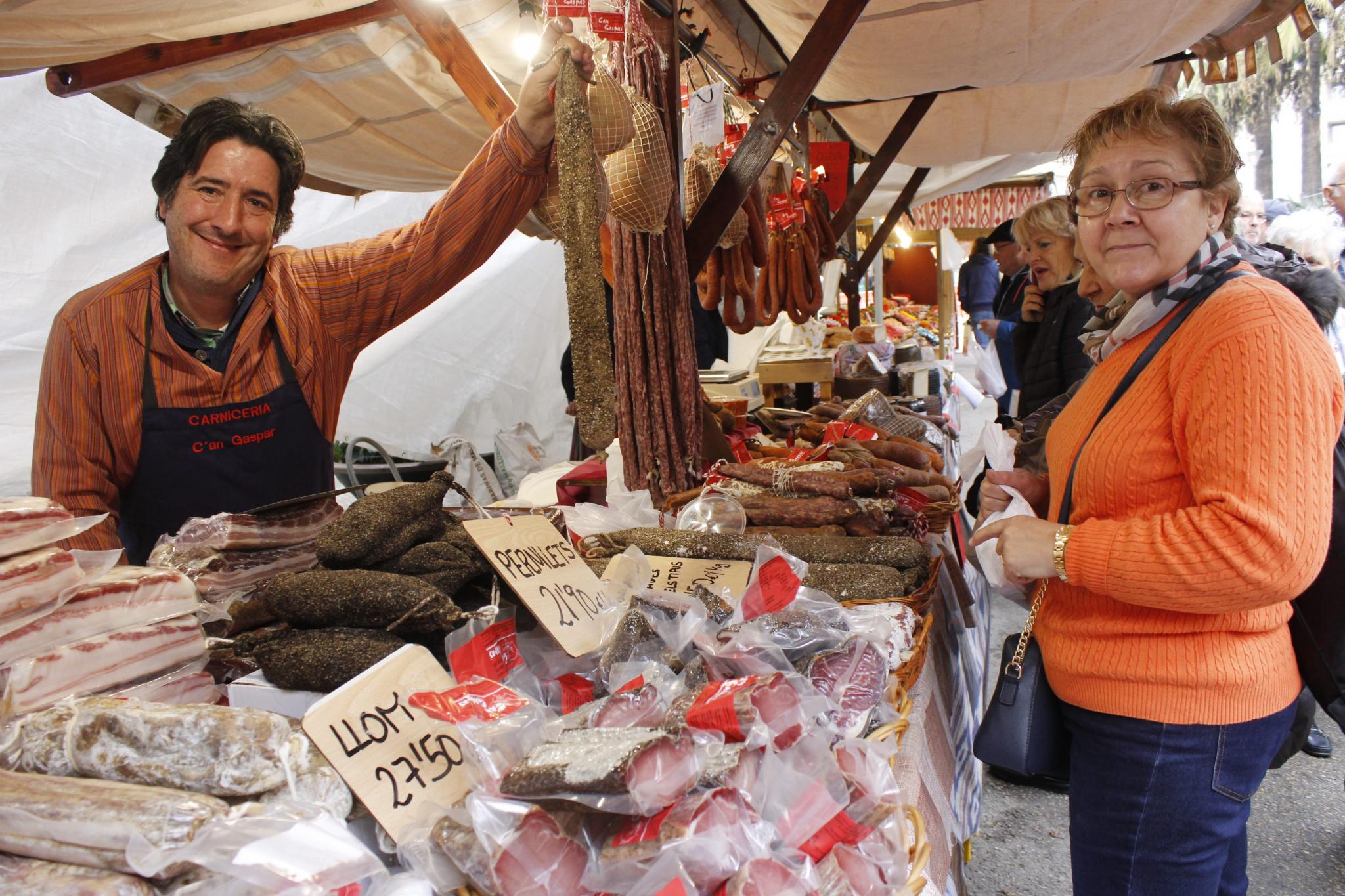 The Inca and Llucmajor autumn fairs are among the island’s oldest fairs. For centuries they have been occasions for trade. The artisan thus had representation in the beating hearts of the island’s commerce, whether this artisan was crafting from wood, stone, iron, glass or clay, or manufacturing peculiar items like the siurell. Not this year, though.

The regard in which the artisan has been held in Majorca’s commercial and broader society was reflected by one very specific fair that started in 1962. This was Palma’s Feria de Muestras, a trade fair to show off Majorcan manufacture and industry. The title of this fair was quickly extended to Muestras y Artesania, before, at the start of the 1970s, Muestras was dropped and Turismo added.

The combination of artisan manufacture and tourism might have seemed odd, but in one particular regard it wasn’t. Small business artisans, often one-person concerns, came to rely on tourism. There were still the traditional and old fairs like Inca’s Dijous Bo that weren’t touristic, but as new fairs appeared, tourists were a key market. As an example, when Alcudia revived its fair at the end of the 1980s, the town hall certainly had tourists in mind.

Next month, Pollensa would normally be staging its autumn fair, which in recent years has been dedicated to artisans. This fair showcases a whole range. There is an exhibition which typically displays high-end products, and this sits side by side with the wares produced by the numerous self-employed artisans, who may or may not employ others. Pollensa’s fair, as with others, isn’t happening, and for Majorca’s artisans this is another blow. There hasn’t been a fair that they can attend since Marratxi’s Fira del Fang ceramics fair in March: no fairs and no opportunities to sell to the limited numbers of tourists.

There have of course still been the markets, albeit under new regulations. But there haven’t been the tourists. When the Hort del Rei artisan market in Palma started up again after the lockdown, a key source of traders’ business had disappeared - cruise ship tourists. Stallholders returned but very soon gave up; there was no trade.

A particular issue for the artisans is that they are tending to be overlooked by institutions. In Palma, there isn’t as yet the financial aid as there is for small retailers, while the town hall appears not to be considering reducing the cost of pitches for the Christmas fair. This state of affairs probably repeats itself elsewhere.

Businesses of all types have been badly affected by the pandemic. The artisans are no different in this regard, but what is seen as neglect by institutions is contrary not only to the traditions of the island’s craftspeople, it is also at variance with political assertions of the importance of the artisan to the economy and indeed to the commercial heritage of Majorca.