Protesters clash with police over COVID-19 restrictions in Barcelona

A person rides a bicycle in front of a fire during a protest against the closure of bars and gyms, amidst the coronavirus disease (COVID-19) outbreak, in Barcelona. | NACHO DOCE

Protesters who deny the existence of COVID-19 and object to restrictions to curb the pandemic's spread clashed with police in Barcelona on Friday.

About 50 demonstrators threw bricks and fireworks at police in the centre of Spain's second largest city, police said. 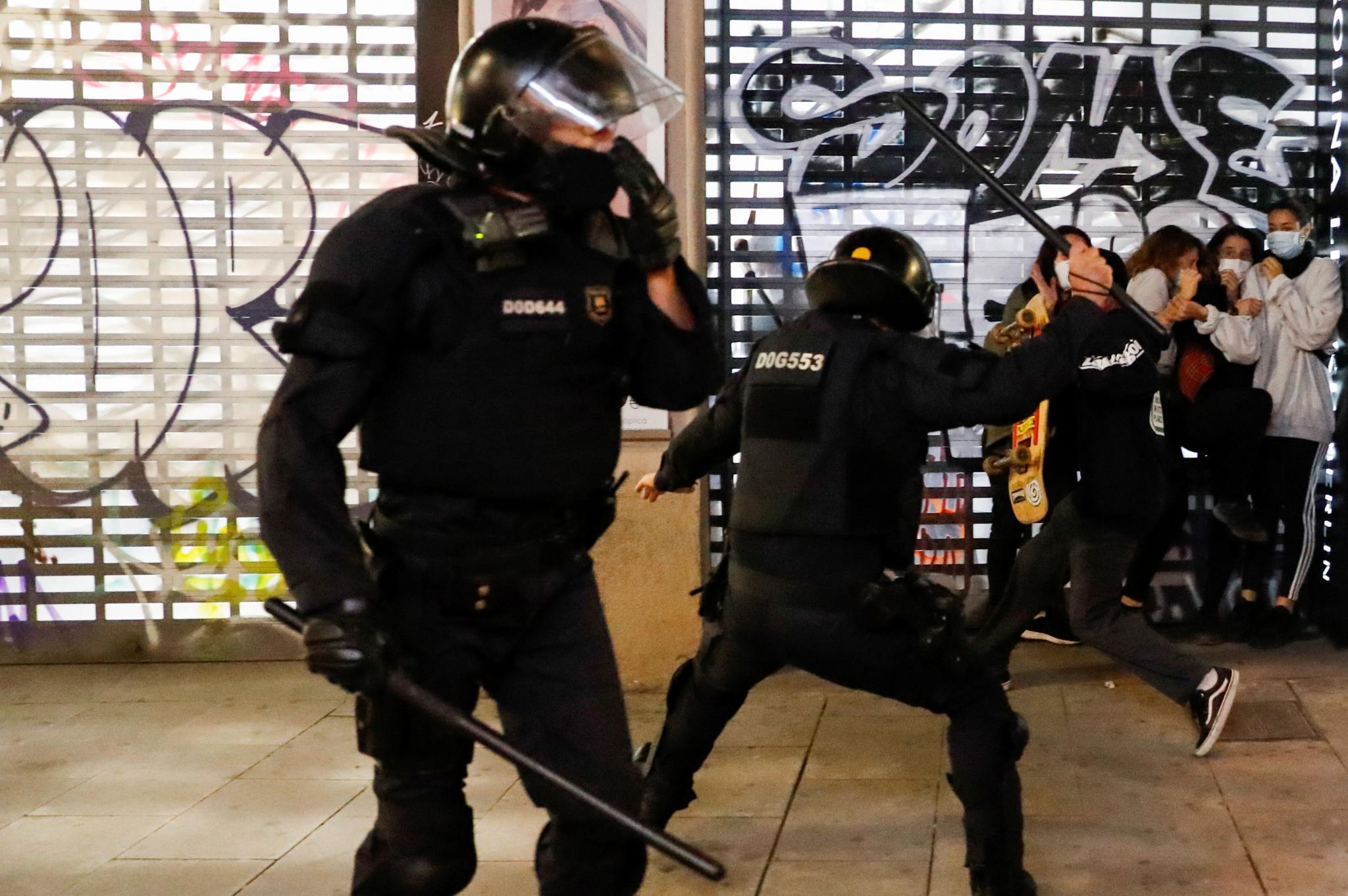 Police repelled the protesters but did not charge, a spokesman for the Mossos d'Escuadra, the Catalan regional police, said.

Earlier, about 700 people staged a peaceful demonstration through one of the city's main streets. 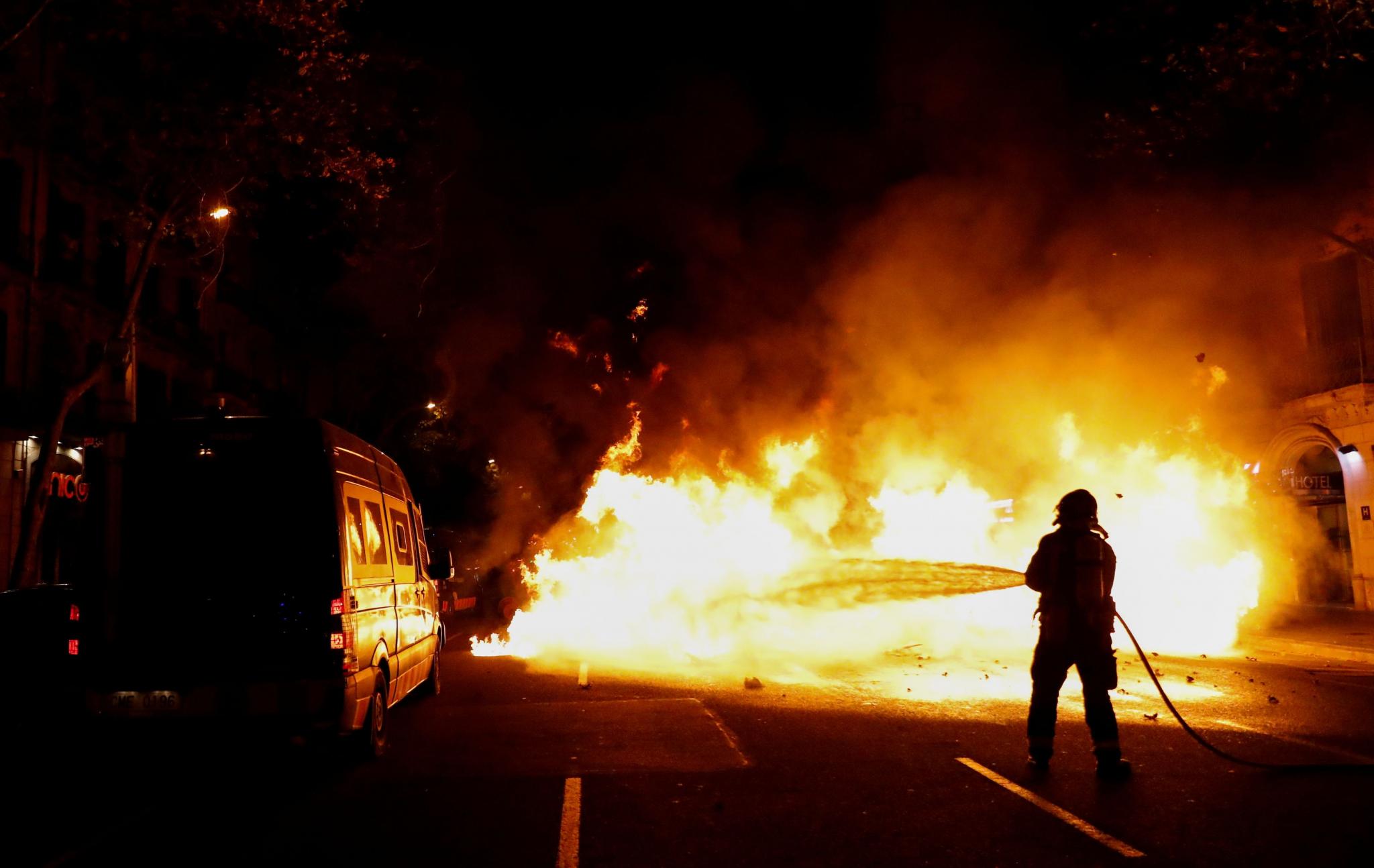 It follows similar disturbances sparked by those who deny the existence of the pandemic in Bilbao, in Spain, on Thursday and in cities across Italy on Monday. 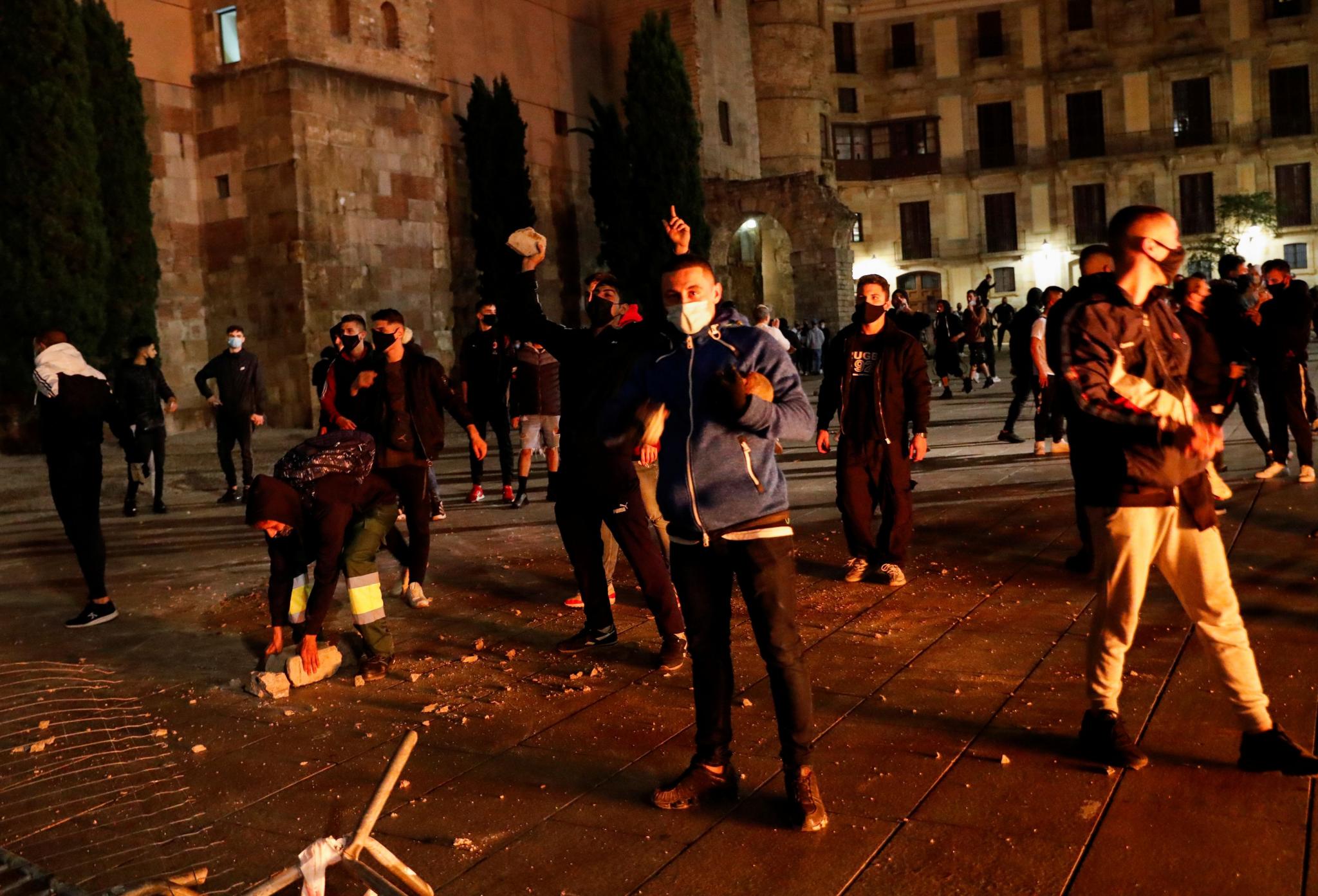 Spain, one of the hardest-hit countries by COVID-19, imposed a state of emergency this week to try halt the rise of coronavirus infections.

Like other European countries, Spain has resorted to increasingly drastic measures to curb infections, although less stringent than in Germany or France. 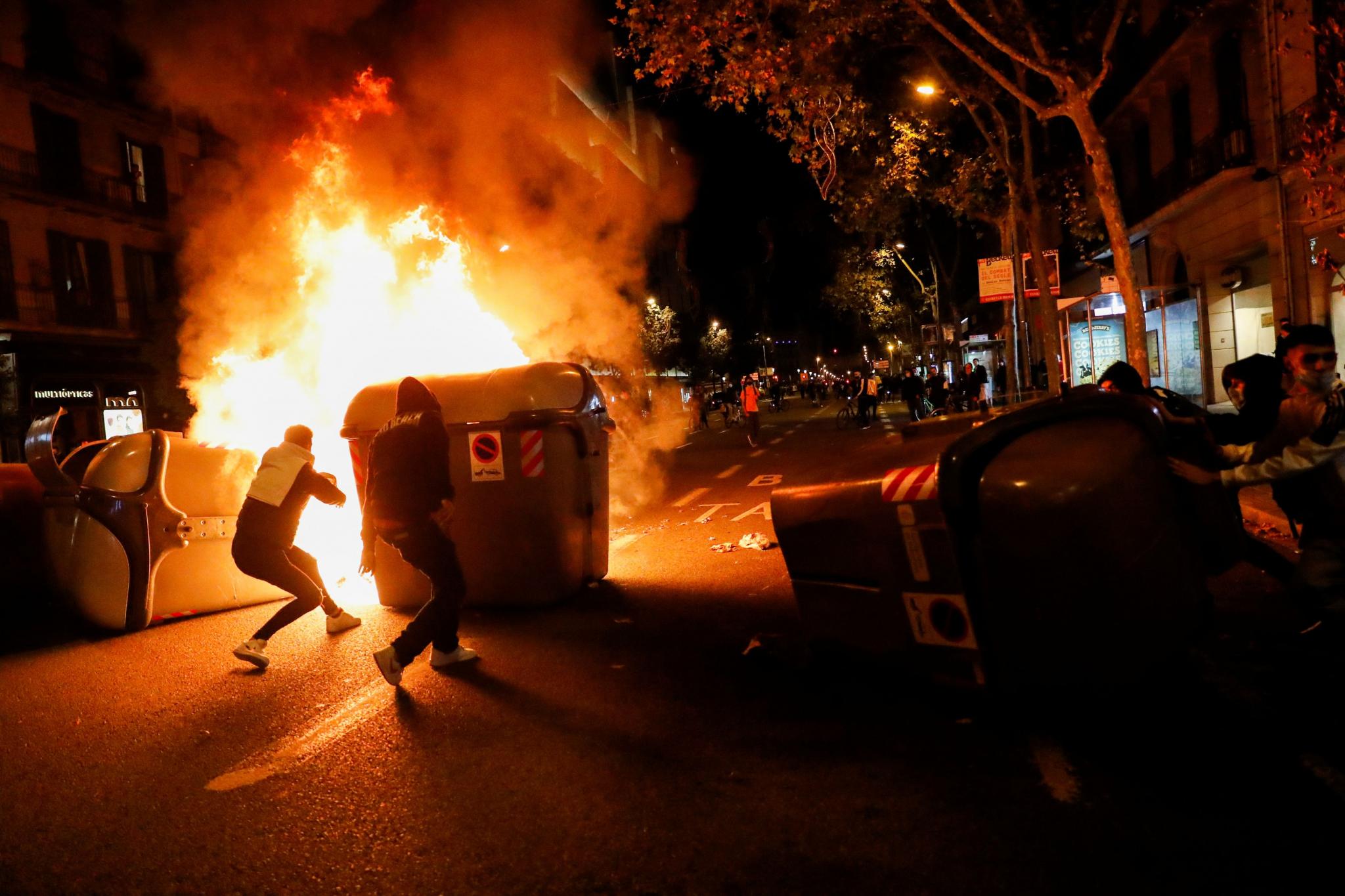 The state of emergency grants regional authorities the power to limit freedom of movement through lockdowns and curfews.