Palma could be under lockdown from Monday

The Ministry of Health has asked the Government to put Palma under lockdown from Monday to stop the escalation in coronavirus cases.

The Government is apparently reluctant saying that is unlikely to make a difference because under the current confinement rules, hundreds of people have the right to travel from Part Forana to Palma every day for work and that it would be virtually impossible to check everyone.

But the Ministry of Health is insisting that the Government follow the example set by other Autonomous Communities where harsh confinements are being decreed to try to combat infection.

One thing that's abundantly clear is that there will be no relaxation of the Level 4 restrictions that are currently in force in Mallorca, such as the 22:00 curfew, the closure of non-essential shops at 20:00 and the closure of bar and restaurant terraces at 18.00.

There are now 102 patients in Intensive Care Units which is stretching staff to the absolute limit. With the conversion of wards there’s room for a total of 300, but there’s just not enough staff to look after that many Covid patients.

On Tuesday, 92 coronavirus patients were admitted to the ICUs in Mallorca compared to 88 during the first wave of the pandemic and another 352 were hospitalised in the Covid ward.

The Ministry of Health confirmed 567 new coronavirus infections on Tuesday, which is an increase of 229 from Monday, taking the total number of positives in the Balearic Islands to 9,249.

Hospital admissions and ICU numbers are the priority and the second point of focus is the vaccination campaign.

3,859 people in the Balearic Islands have been given the Pfizer jab and the Government is keen to speed up immunisations.

Vaccinations will continue this week in Nursing homes for the elderly and homes for dependents and Healthcare Professionals are next in line.

The Government hopes to start administering the second dose of the vaccine at the Oms-Sant Miquel residence on January 17.

The vaccination of vulnerable groups and front line workers in the Balearics is expected to be complete by the end of March. 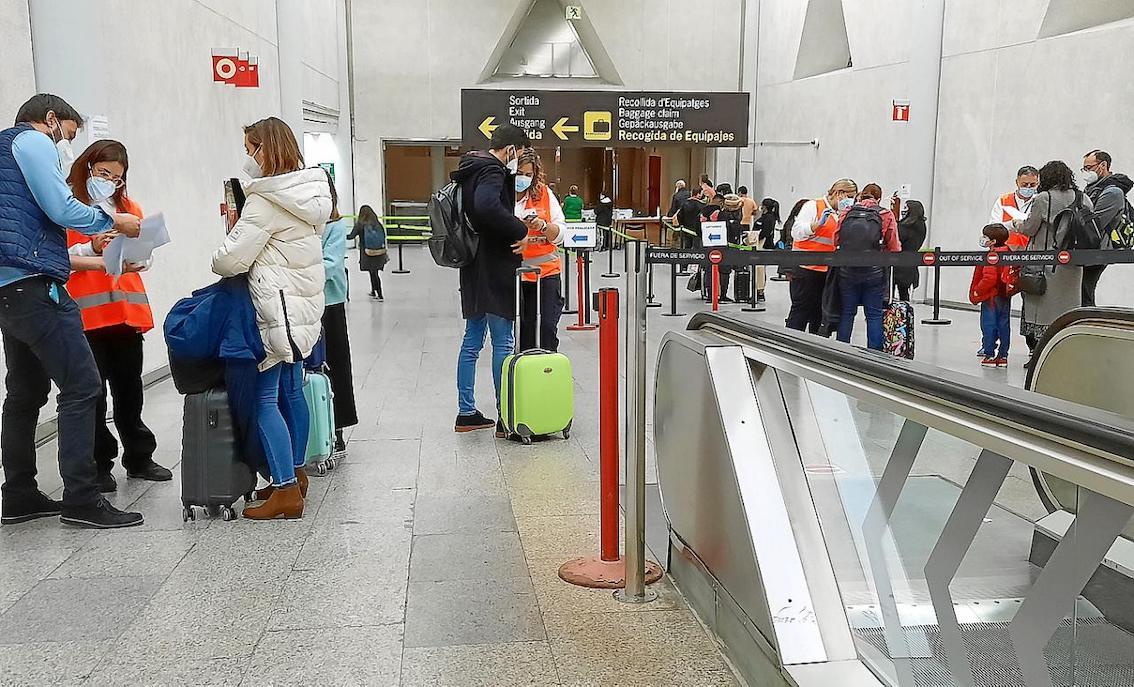 Of the 49,431 passengers who have arrived in the Islands, 22,259 opted for antigen testing on arrival at ports and airports; 16,742 handed over a negative PCR result; 2,229 were tested on arrival and 555 others chose to remain in quarantine the Balearics.

Harry | over 2 years ago

Armengol’s policies ? She hasn’t got any policies except for going out for a drink after curfew and organising meals with visiting dignitaries, twice breaking the 6 person limit.

In the long term armengols policies will kill far more people than covid-19. But, I'm sure she has had all of these figures analysed. I believe the uk suicide rater is currently at it highest level.

I'm selling goats and sheep, most of them are named Armengol et al.

Georgi | over 2 years ago

As if these lock downs help. The only result from then is increased poverty levels and bancrupts.

Martin, residents of Mallorca that are away from Mallorca less than 72 hours, do not need anything, except the FCS form.

Martin Warner | over 2 years ago

What happened to the other 7,000 arrivals that did not do any of the actions listed?

I read: the governement has failed miserably so far, so let´s lock everybody up again and ruin what is left of the economy.

Pathetic rate of vaccination on a place where its economic recovery is dependant on tourism. I remember while ago reading how many millions of Oxford vaccine were pre-ordered. Obviously another loads of cobwebs!.