Storm 'Hortense' was much stronger than expected in Mallorca

Storm ‘Hortense’ made landfall in Mallorca on Friday and it was much stronger than expected, with winds gusting up to 170 kilometres an hour leaving a trail of destruction across the island.

At one point 26 roads in Mallorca were closed to traffic due to landslides and nearly 70 trees were brought down as a "line of storms” swept across the island.

As the hours ticked by the Emergency Services and Police were saturated with calls for help.

In Palma trees fell like skittles on the Paseo Marítimo and the super-strong winds lifted the roof off a car wash in polígono Can Valero, injuring a passer-by as it flew through the air.

A pinnacle of Santa Eulalia church collapsed and fell onto the temple terrace. 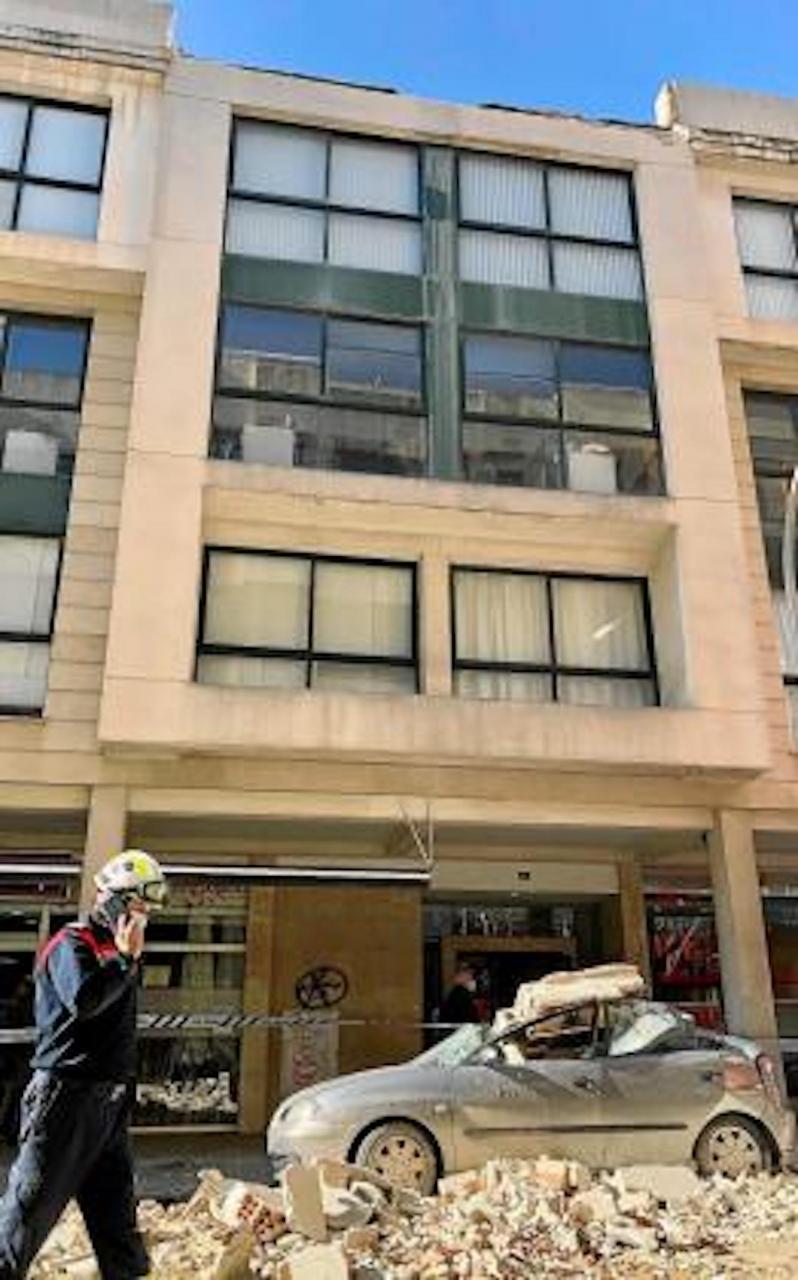 The entire ledge of a 3-storey building collapsed in Carrer de Pere Dezcallar i Net, crushing a Seat Ibiza on the street.

Fallen trees blocked the streets in Son Rapinya and Can Pastilla and howling winds actually lifted a massive tarpaulin off a building site in Carrer de la Dragonera. 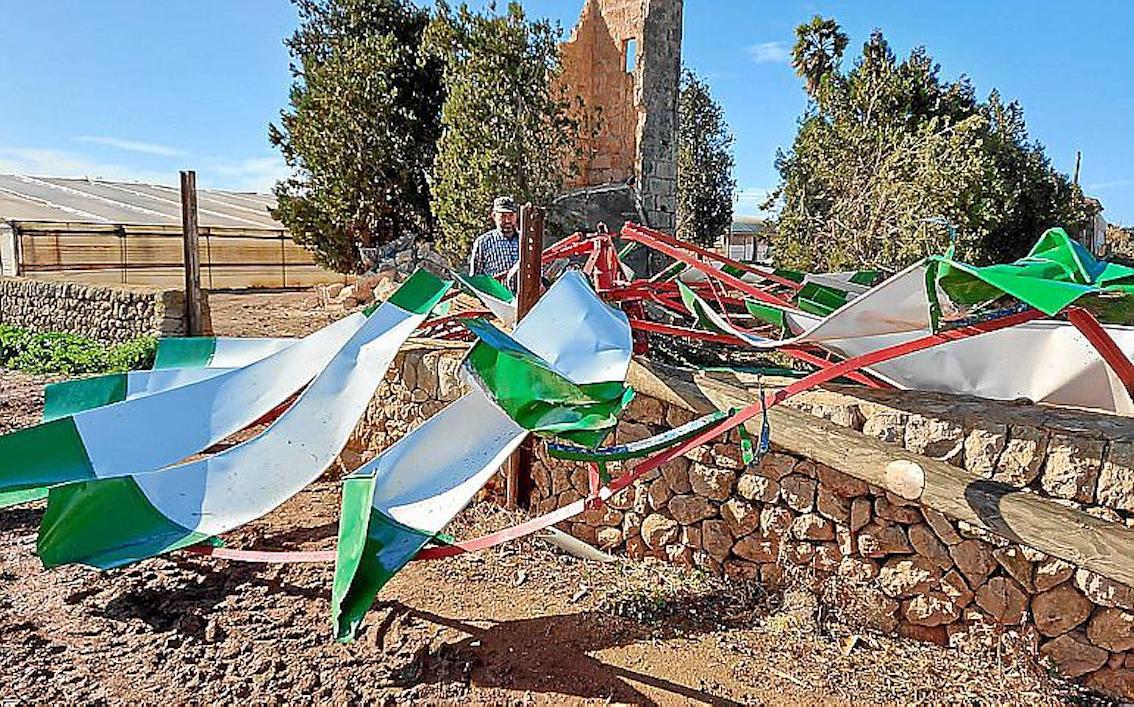 A Calvia Police Officer was hit in the back by a metal plate from a construction site in El Toro and had to be taken to hospital and an old mill in Son Pelat that was renovated by Pedro Cirer just over a year ago collapsed during the storm, destroying a car. 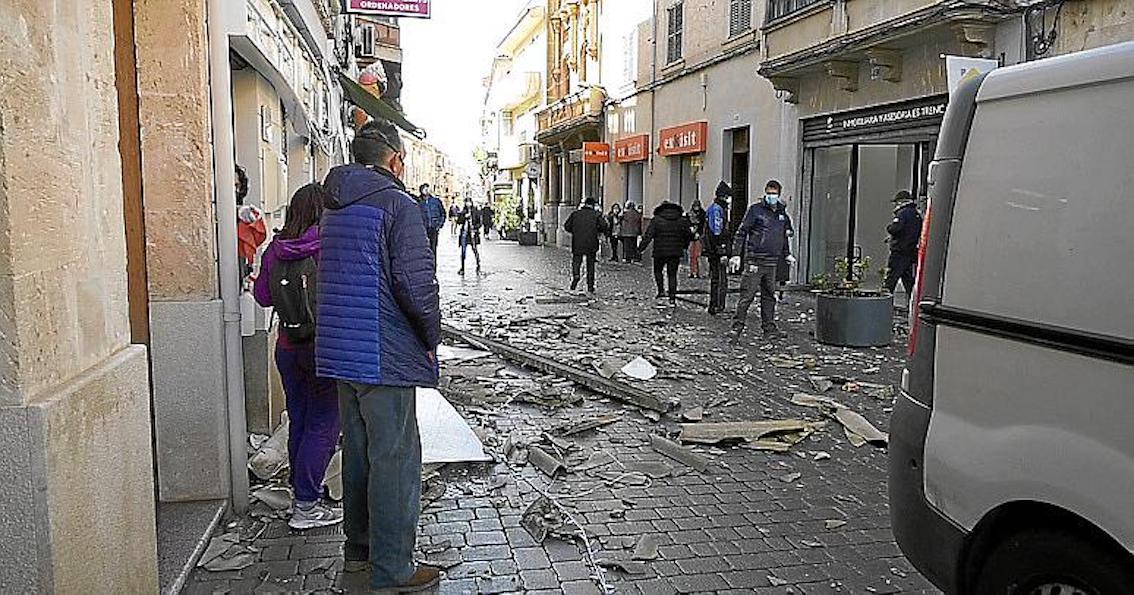 In Llucmajor, rubble fell onto a central street and local residents said that the wind blew so hard "it was scary.”

The roof of the football stadium in Petra was damaged, trees, signs and tiles cracked and fell in Manacor and significant damage was also reported at the Vilafranca Sports Centre.

In Son Servera, numerous trees were brought down and stain glass windows were blown out by the sheer force of the wind. In Biniali, the winds were so strong they tore out a wrought iron barrier on an estate.

Elsewhere, the roof of Sant Pere Church was damaged and the Spanish flag was torn off Sencelles Town Hall.

Firefighters had to shore up some buildings so that rubble didn’t fall onto the roads and the sign for the Samos Hotel in Magalluf was ripped right off the roof and slammed onto the ground. 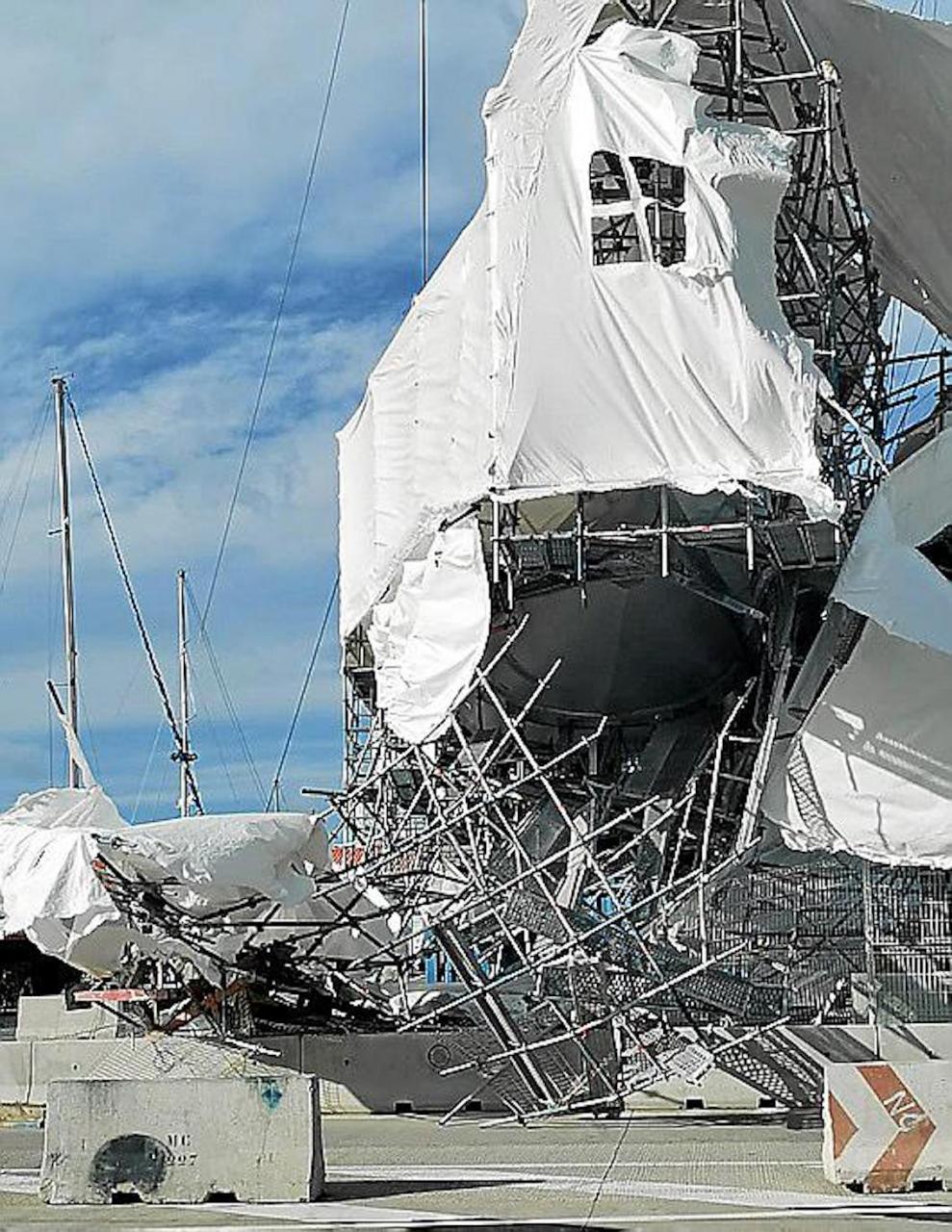 More than 300 incidents were reported and most of them were in Palma, Llucmajor and Calvia.

The Guardia Civil, 112 Emergency Personnel, Civil Protection Officers and Mallorca Fire Brigade were run off their feet dealing with emergencies.

Under normal circumstances, cafés, bars and restaurants would have been full of people when Storm ‘Hortense’ slammed into Mallorca on Friday, but because of the coronavirus restrictions the streets were virtually empty.