The Michelin Star chef that works in a Palma soup kitchen

The line gets longer every day at Asociació Tardor in Palma

The coronavirus pandemic has left the Hospitality Sector in Mallorca in tatters, hundreds of restaurant and bar owners, cooks, waiters and bar staff have lost their jobs and some are really struggling to survive.

At the Asociació Tardor soup kitchen in Calle Reina Constanza in Palma the line gets longer every day and many of the people in the queue are bar and restaurant staff.

Michelin star Chef Koldo Royo and his team of volunteers are determined that every single one of them will be fed.

Koldo Royo was born in San Sebastián on September 12, 1958 and has loved cooking since he was a child. His Dad, Antonio Royo owned one of the most traditional tapas houses in the city and that’s where Koldo learned his trade.

Over the years he trained with numerous top chefs including Juan Mari Arzak at Casa Nicolasa in his home town of San Sebastián, hosted workshops, conferences and presentations all over the world and honed his craft in Mexico, Puerto Rico, Dubai, Italy, France, Germany and Spain.

He opened his first restaurant, the Koldo Royo in 1989 which earned him a Michelin Star.

But a few years later he completely changed his life, becoming the pioneer of Food Trucks in Spain, with vans delivering street food to far flung corners of the country including two in Mallorca. 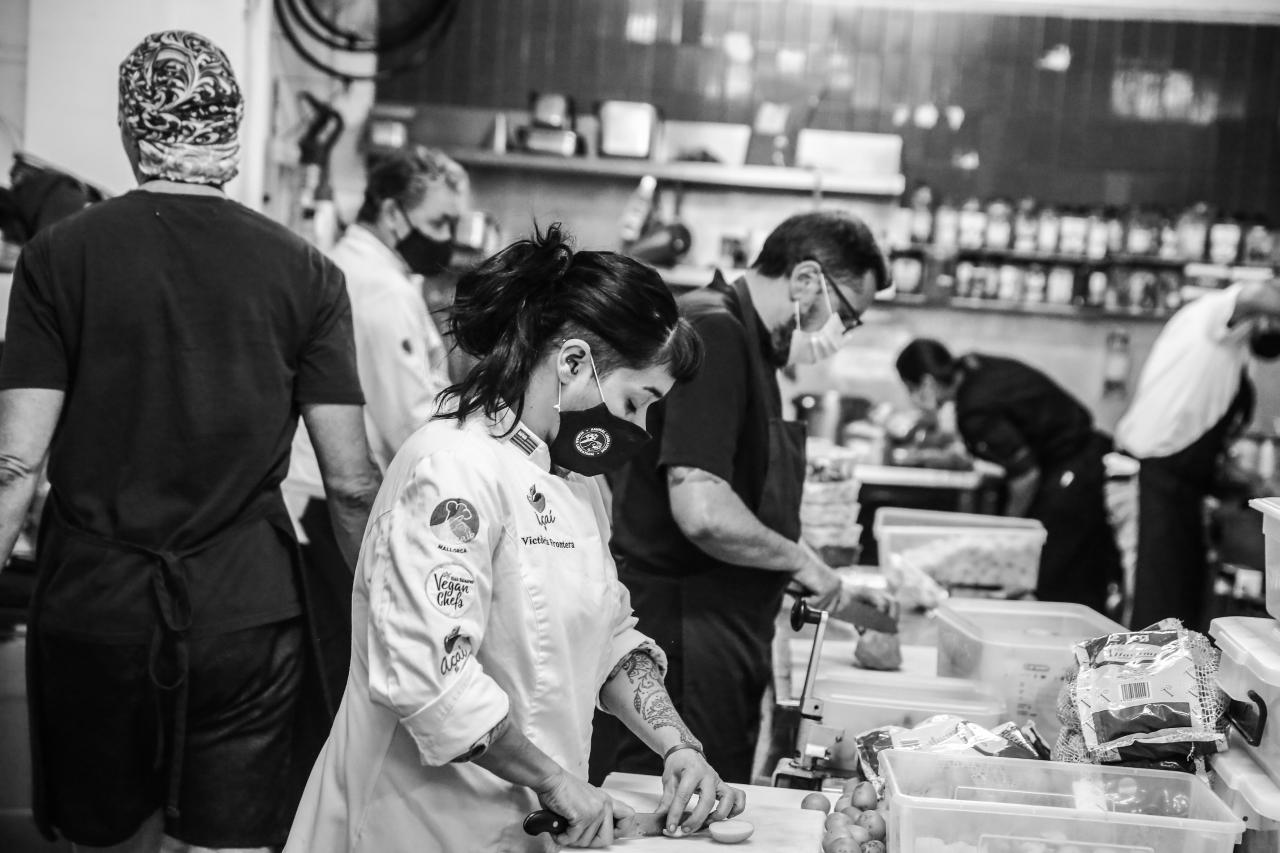 In 2016, Chef Koldo created the Association of Cooks Settled in the Balearics, or Ascaib, for Hospitality Industry workers, which now has more than 1,600 members and is described by Chef Koldo as “a home for everyone to share experiences and support each other” and he says many of them volunteer at the Tardor soup kitchen.

“Renowned chefs from all over the Island help out, whether they have a Michelin star or not and they really give it their all,” says Koldo. 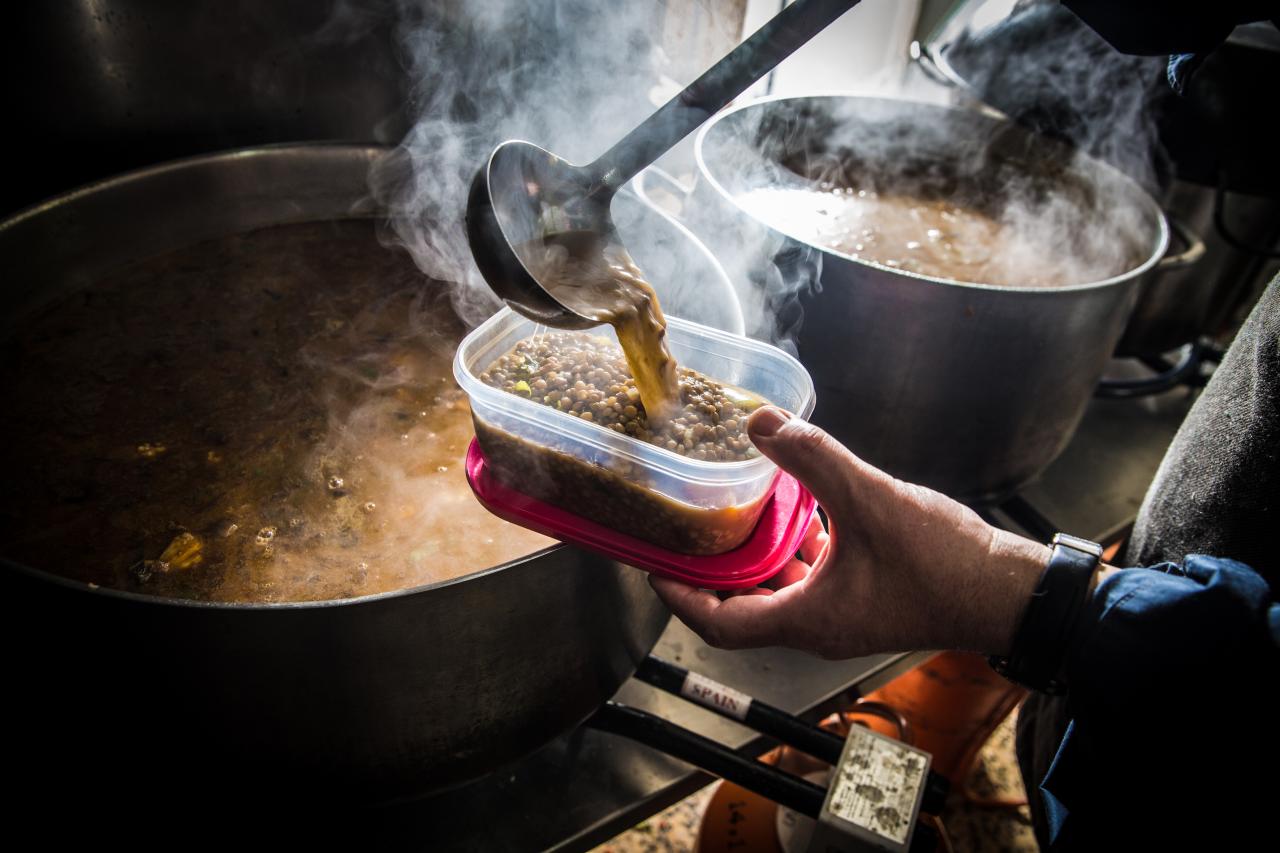 On the Ascaib website, one volunteer describes his first shift in the Tardor kitchen as a rude awakening.

“If I’m honest, I was thinking ‘I must be crazy working here in this heat. I don't charge anything, my unemployment is finished and what do I get?’ he writes. ‘But when I went out the door I couldn't hold back my tears, what I saw shocked me: a queue that went around the block and amongst them was a former colleague of mine. He is a top chef and he told me ‘don't tell anyone that you've seen me here, but I don't have enough to feed my children and pay rent and I can't do anything other than ask for help.’ “So, in the end, I got off the cloud that I was a cook in 4 and 5 star hotels and I got down to work. The first days were hard and so many hours is exhausting, both for the body and the mind, but the grateful smile from these people is the best payment a cook can receive.”

Now Chef Koldo has announced that he has another big project on the go.

“We have decided to publish a cookbook with recipes from the Tardor kitchen that people can cook at home, healthy cuisine made with products from the island using recipes that our grandparents passed down through the generations,” he says.

The book also has information about some of the best-known chefs in Mallorca along with tons of photographs showing how a typical day unfolds in the Tardor kitchen.

People from all over Mallorca pitch in to help at the kitchen and Chef Koldo says the Mayor of Sant Llorenç often drops by to donate produce.

The photographs in the book were taken by Arthur Leblanc who's been working with Chef Koldo for several years. He specialises in gastronomy and is considered one of the best in the business.

“I’ve been taking photographs non-stop for four months, capturing people while they’re tasting a series of recipes,” says Arthur. “I have also worked for several Michelin star chefs, such as Andreu Genestra, Fernando Arellano and Adrián Quetglas with whom we did a magazine shoot that was published in Russia,” he adds. “I collaborated on a book about the fight against cancer, which included a recipe book for people suffering from the disease, I did the Estrella Damm campaign, in 2019, the Ruta de les tapes amb Rosa Blanca and I’ve been lucky enough to illustrate two ONCE tickets.”

The book doesn't have a publication date yet, but we’ll let you know just as soon as it’s announced. 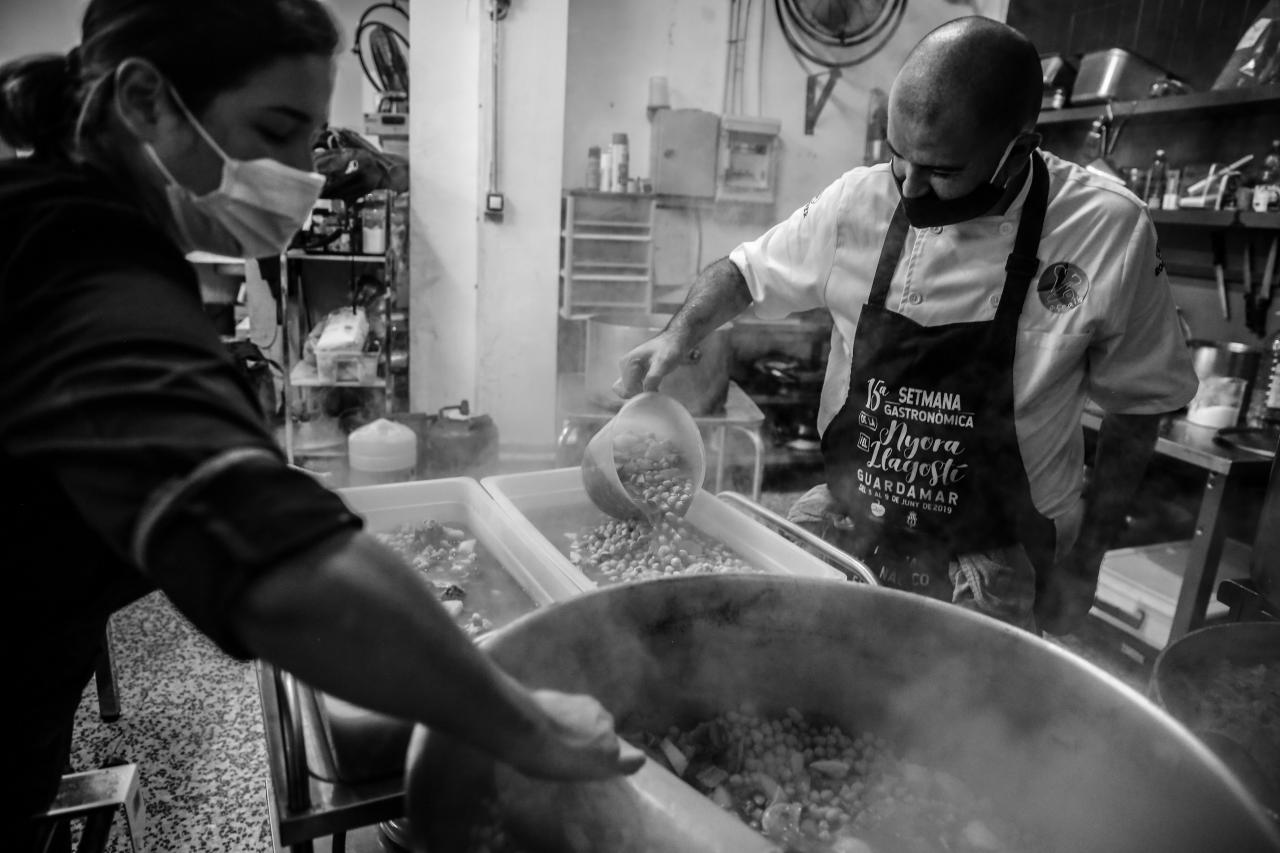 Annette | about 1 year ago

Please convey your account-data. I would like to support your great work with a small donation. Best regards and #stayhealthy, Annette (from Germany)