The Tuesday report from the Balearic health ministry indicates 104 new positive cases, 56 more than were reported on Monday. Of the 104, 78 are in Mallorca, 25 in Ibiza and one in Minorca. The test rate is 3.26% based on 3,190 tests; these were 1,476 more tests than in the Monday report. 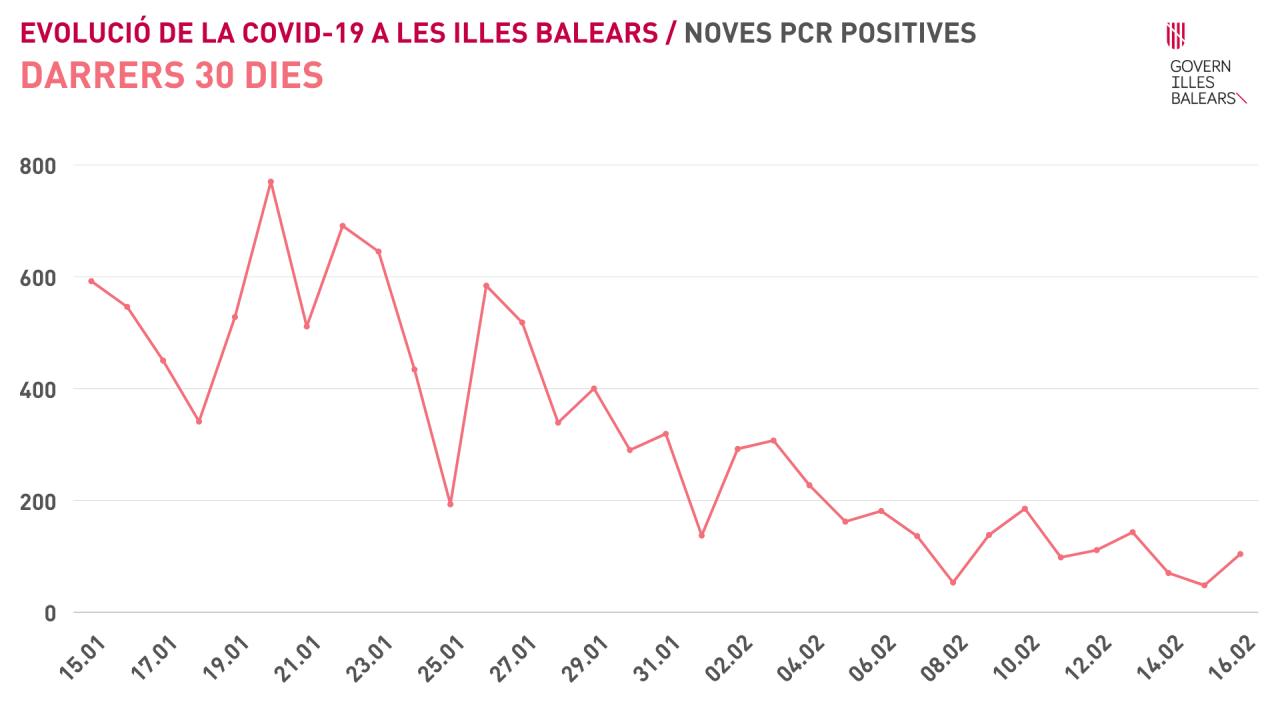 On hospital wards, the number of Covid patients is down ten to 104 in Mallorca, down one in Minorca to four and up one in Ibiza to 88. There are no changes to intensive care unit numbers in Mallorca (63) or Minorca (four), but in Ibiza the number is down two to 20.

Twenty-six more patients have been discharged from hospital and a further 437 who were being monitored by primary care have recovered. The total number of active cases in the Balearics is now below 4,000 - 3,991. Primary care in Mallorca is monitoring 2,040 people in Mallorca, 104 fewer than in the Monday report.

Four more deaths have been confirmed. The total since the start of the pandemic is now 674.

In Palma there have been 314 new cases. Manacor has registered 46, Llucmajor 20, Marratxi 17, Inca 16, Alcudia 14. No other municipality has cases in the past seven days that are in double figures. The highest number after Alcudia is six (Calvia, Campos, Felanitx and Soller).