Manolo Galván ran a fish stall at Mercat de l’Olivar for 23 years until 2 years ago, when he left to serve fish to large boats and luxury yachts.

Now his career has taken a very different turn and he’s become a snail farmer, or heliciculture as it’s known in ecological circles.

"At first I searched the internet for shellfish farms, mussels, always from the primary sector, and because the tax licence for fishmongers allows me to sell snails, so I started studying them and I believe it's a viable business."

Manolo looked all over the Island for a suitable location and finally found an old greenhouse in Son Ferriol, with the right structure and natural environment for his project.

"I looked for information online and I also talked to the Balearic Council of Organic Agricultural Production and consulted the BOE, to find out exactly what I needed to set up an ecological snail farm,” he explains.

He prepared the land and created a small garden where he’s growing a number of plants, including chard, spinach, lettuce, clover to feed the snails and installed a sprinkler irrigation system.

“I’ve become a plumber, bricklayer and farmer and I spend a lot of hours here, but I really enjoy it,” he says.

For the last six months he’s been growing his bover snails on his 3,000-square-meter plot of land and has built them a shelter out of old tiles.

"We will release them onto these tiles later in the day, with the wet vegetation so that they start to gain weight,” he says.

The snails come from an ecological farm in Castilla León, are just 22 days old and smaller than a drop of water. They have arrived in small cardboard boxes and Galván plans to sell them to restaurants in Spain where demand for snails far outstrips supply.

The bover or Helix aspersa snail is highly popular in Mediterranean gastronomy. It's collected or raised on special farms and is able to adapt to different climates and reproduce easily. Ecological snails have a stronger shell, so they’re easier to handle and clean and they seldom break. 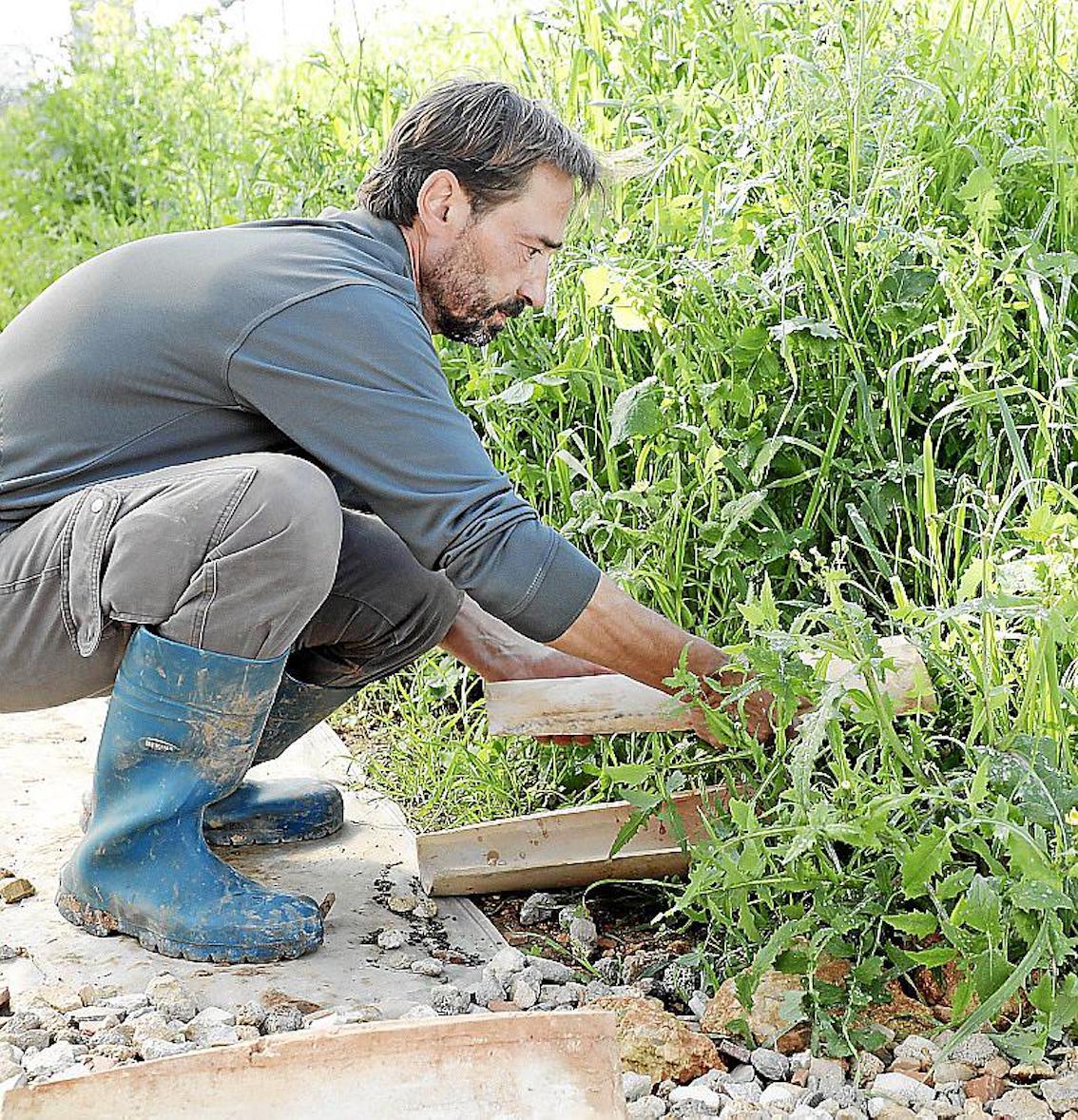 "They are very active, especially at sunset, so I have prepared these tile shelters for them, which I will change for a different type when they are larger,” says Manolo. “They will have a lot of room to roam around in and will be fed a very specific diet.”

The bover or helix aspersa is which is also known as the European Brown Garden Snail is a terrestrial gastropod mollusk that belongs to the Helicidae family and is one of several species of the genus Helix.

They are originally from the Mediterranean, but can now be found all over the world and are often regarded as pests by farmers because they eat their crops. They also eat fruit trees, herbs, flowers and bark.

Their soft brown bodies are covered with slime, which helps them move around and that’s why they leave a trail of mucus everywhere.

Their shells vary in colour from cream to dark brown with yellow or brown stripes and they usually live in forests, gardens and parks.

They have male and female reproductive organs and breed at the start of summer and both the snails will lay around 80 eggs a few days after copulation, which are put into a hole in the earth and hatch around two weeks later.

During very hot weather and drought they hide inside their shell and cover the opening with a mucus called epiphragm to stop ants, lizards, frogs and worms from attacking them.

The garden snail is usually active at night or early morning, but will also go out when it’s wet.

The slime or mucus from the garden snail is often used in cosmetics.

Last Friday, Manolo released 800,000 snail pups on his ecological farm in Son Ferriol and in around three or four years Manolo Galván will have his own litter of ecological bover snails.