Five works by Joan Miró went under the hammer at Christie’s auction house on Tuesday and were sold for a total of 25 million euros.

Of all the works offered, 'Peinture' (1925) went for the highest price in the Art of the Surreal section, which also included pieces by Max Ernst, René Magritte, Man Ray, Marcel Duchamp and Salvador Dalí. ‘Le mois des vendages’ by Magritte’ sold for 11 million euros.

"These works are some of the most important of his career and were the product of the visionary mind during a period of creative crisis for the artist," said Christie's officials.

‘Peinture’ has been exhibited all over the world, including the Musée National d'Art Moderne in Paris, the Tate Gallery in London, the Maegth Foundation in Saint-Paul-de-Vence. In October 2018, it was part of the Miró retrospective at the Grand Palais in Paris.

Picasso, Miro as well as Banksy for sale at auction

‘La piège' was bought by André Breton shortly after its creation and was exhibited at the 1959-1960 International Surreal Exhibition. Set in Miró's native landscape, it was created in Mont-roig in the summer of 1924. Poet and art critic Jacques Dupin said of paintings from that era that “Miró had begun to create a completely new space and reality.” ‘Peinture’ (1927) was created in Miró's studio in the 18th arrondissement in Paris.

‘Goutte d'eau sur la neige rose’ was painted in 1968, the same year the artist's 75th anniversary and is the first of two canvases which are the same size and were painted a month apart, in which Miró played with the inversion of colours.

‘Projet d'illustration d'un livre’ (1970) is reminiscent of the art of Japanese calligraphy.

The total collection of surrealist works was sold for 56 million. 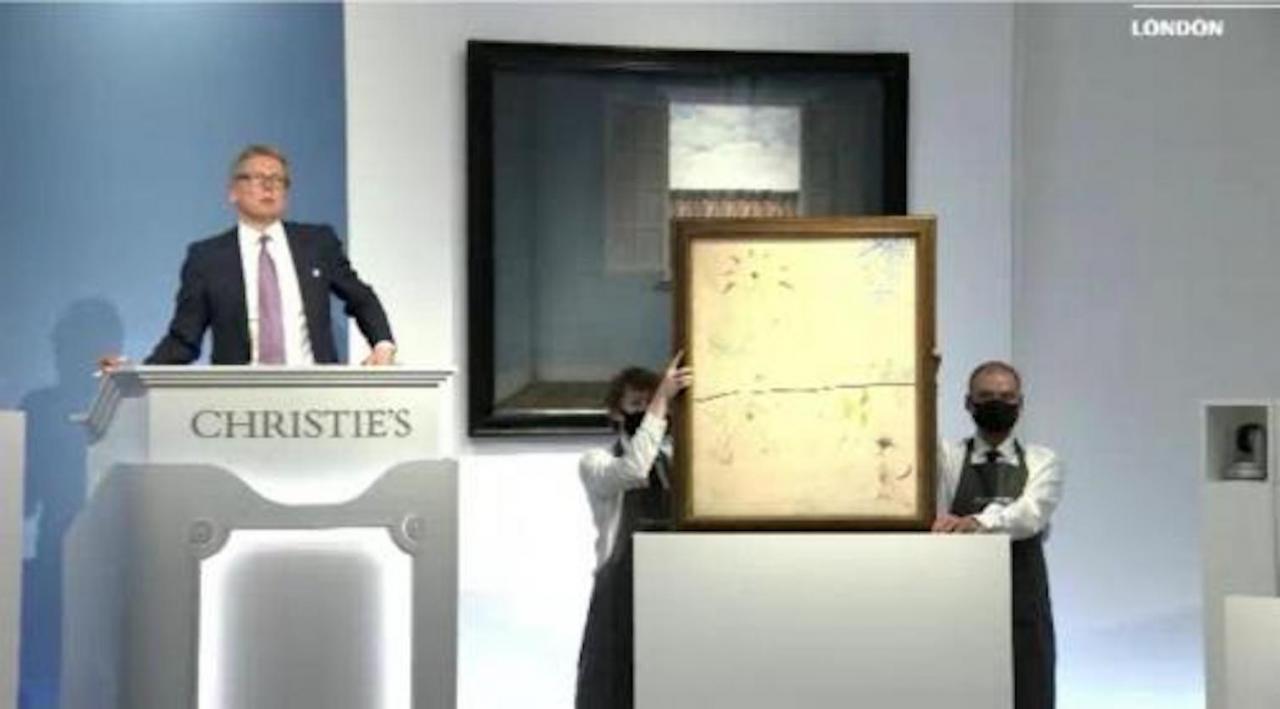