Residents living in fear of homeless in Palma neighbourhood

Residents of Carrer d’Eusebi Estada in Palma say they’re at the end of their tether and living in constant fear of violence being caused by homeless people living in the old bus station.

Around 20 people have set up two homeless settlements in the car park in front of Parc de ses Estacions and commandeered more than a dozen parking spaces where they allegedly hold parties and light bonfires every night.

Neighbours are desperate and say clashes between the homeless and residents are ongoing.

"It is very difficult to explain the situation,” said one resident. “Since the two settlements were set up here our life has been hell. There are about 20 Spaniards, Romanians and Africans who live here on a permanent basis and there are also a lot of passersby causing problems.”

The local residents have reported fights, gender violence, drugs, noise and vandalism in the settlements to Police.

"Every night they light a bonfire in the car park, despite the curfew and there’s groups of 10, 15 or 20 there who don't social distance or wear face masks, they don't care about anything,” says Juana. “We called Palma Local Police and they came, but they didn't even get out of the car; they didn't do anything!”

“We've been warning the institutions for many months that one day these people will kill each other," claim local residents. “Every day they get drunk, have sex in the street and on cars, defecate and fight and wave sticks, machetes and anything else they can find.”

Parents who take their children to Parc de ses Estacions have also complained about the homeless settlements.

"It's not normal for my children aged 3 and 5 to be on the slides and see naked men and women showering and defecating in the street,” says María Jesús. “These unhealthy conditions are very worrying and are a danger to public health. They’re accumulating a lot of rubbish and useless items and if you pay any attention to them they become very violent, they’re not afraid of anything. At the very least, they’ll take out a stick or a machete and come after us."

Most of the homeless people who live in the settlements allegedly have alcohol and drug problems. 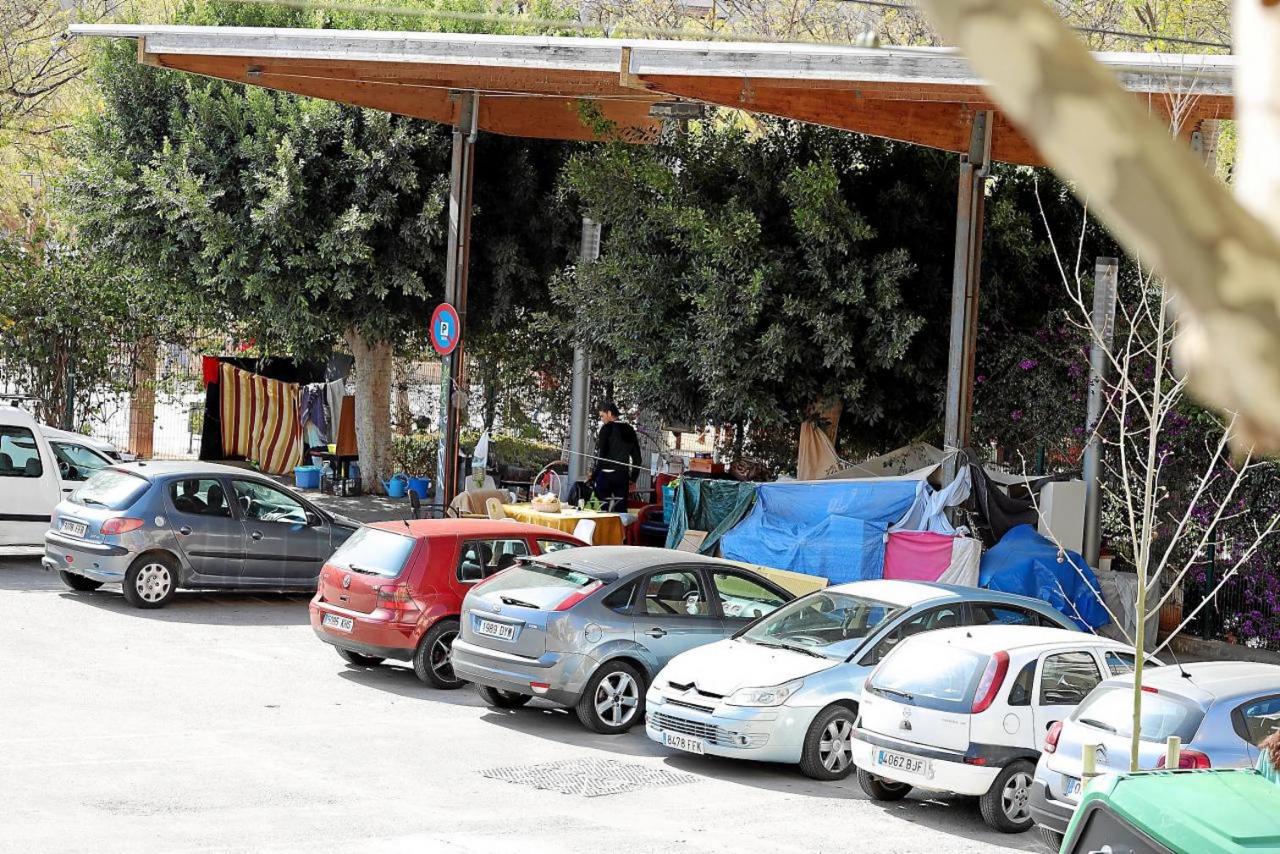