Spain's national government considers the vaccine to be safe

Boxes of AstraZeneca COVID-19 vaccine are seen at a vaccination centre. | YVES HERMAN

A regional Spanish health authority said on Wednesday it had suspended AstraZeneca COVID-19 shots pending a European Medicines Agency (EMA) safety report, though the national government said it would continue to use the vaccine for now.

The Castile and Leon region will review whether to use the vaccine after EU and national health authorities make a decision based on the EMA safety report, the regional health service said on its website. 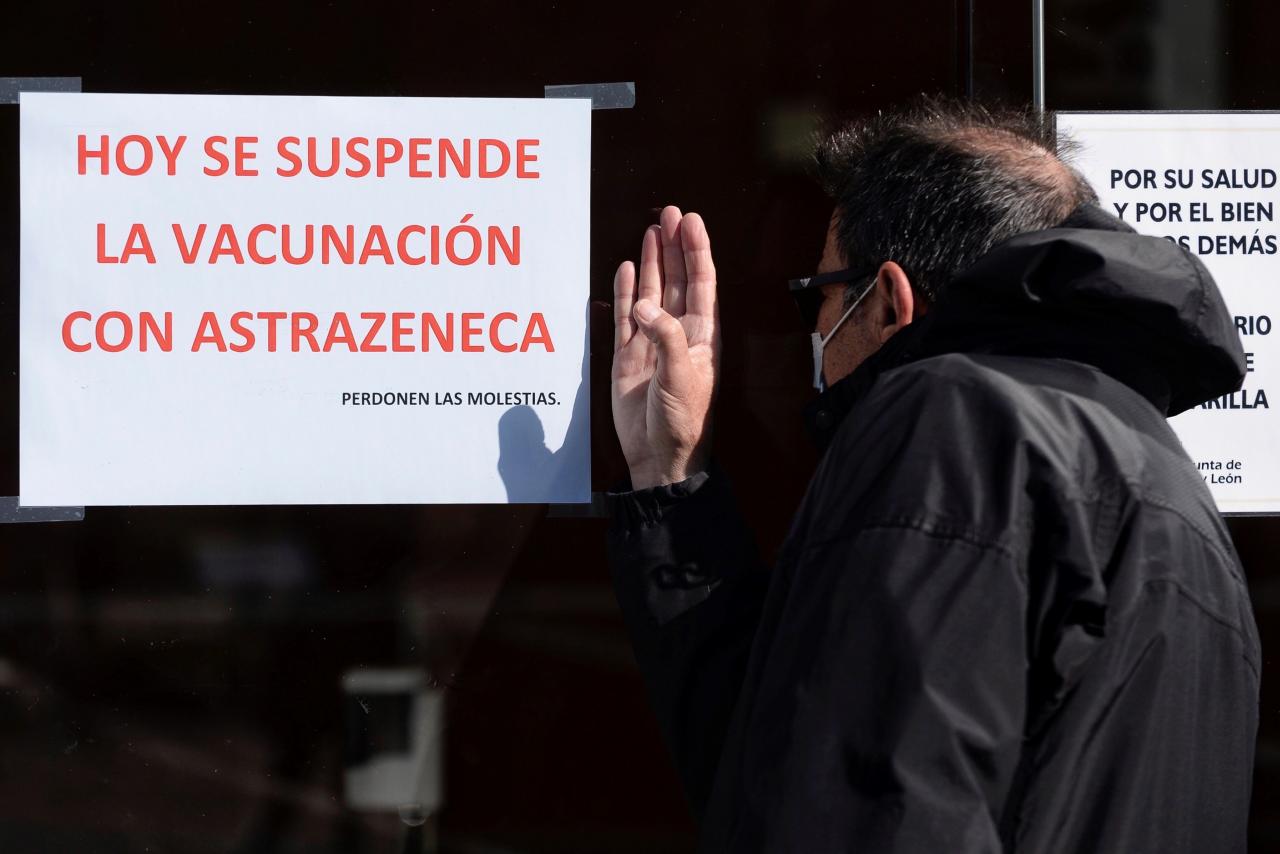 EMA experts have reviewed to what extent some cases of blood clotting in adults who had recently received the AstraZeneca vaccine may be linked to the injections and the agency expects to hold a briefing on the possible side-effects later on Wednesday.

"For us in Spain, what matters is what the EMA says, and so far they said that it's safe and we will continue to vaccinate with AstraZeneca because we trust the experts and the EMA," she said.

Spain, together with other European countries, suspended the use of the vaccine for a few days last month, but then resumed shots when EMA said the benefits clearly outweighed the risks.

AstraZeneca has said previously its studies have found no higher risk of clots because of the vaccine.

Spain is accelerating its COVID-19 vaccination rollout and seeks to fully inoculate 25 million people, or about 53% of the population, by late July.