The legends of Lluc

The village of Lluc nestles in a remote valley in the heart of the Sierra de Tramuntana and thousands of locals and tourists visit every year to see the famous statue of the Black Madonna or Mare de Déu. 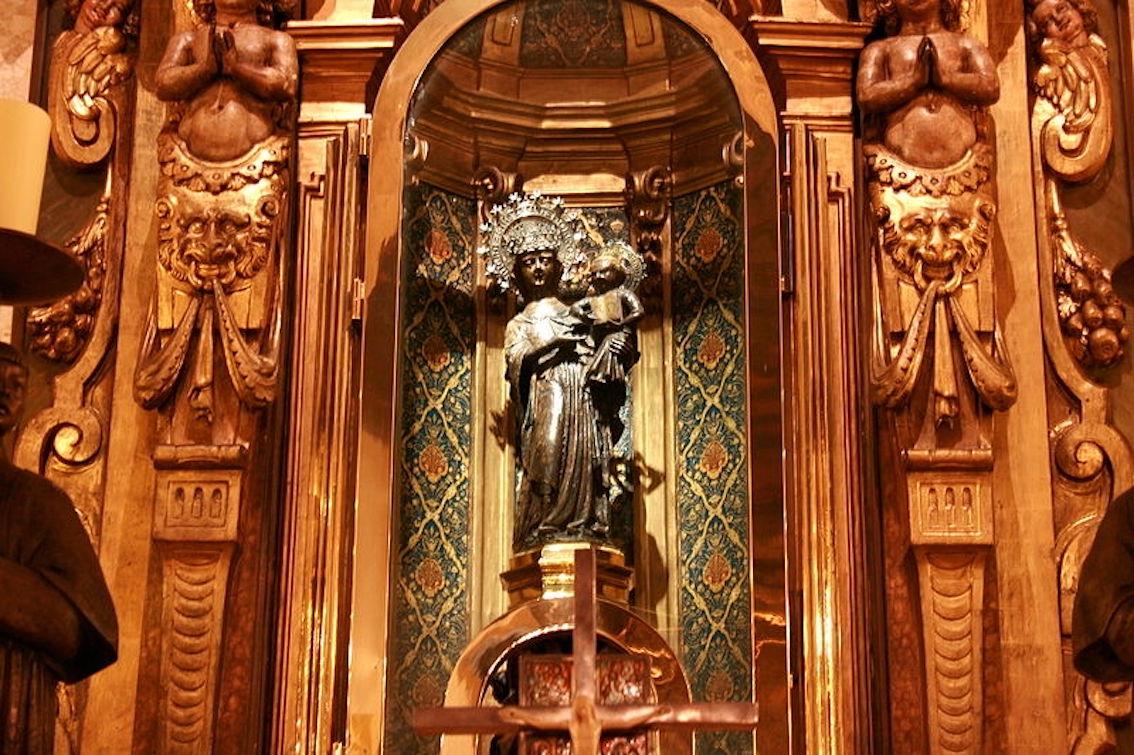 Legend has it that an Arabic family were forced to hand over their land and convert to Christianity after James I conquered Mallorca. One day their son Lluc, who was a shepherd, noticed a strange light coming from a rock and when he went to investigate he found the Black Madonna.

He took it to the priest at Sant Pere d’Escorca church, but when worshippers came to see her the next day she had disappeared. Lluc found her in the same spot as the previous day and took her back to the church a second time, but again she returned to the mountains overnight.

The priest at Sant Pere d’Escorca church believed that the Virgin Mary wanted to stay where she was, so a chapel was built for her and thousands of pilgrims came to see her. 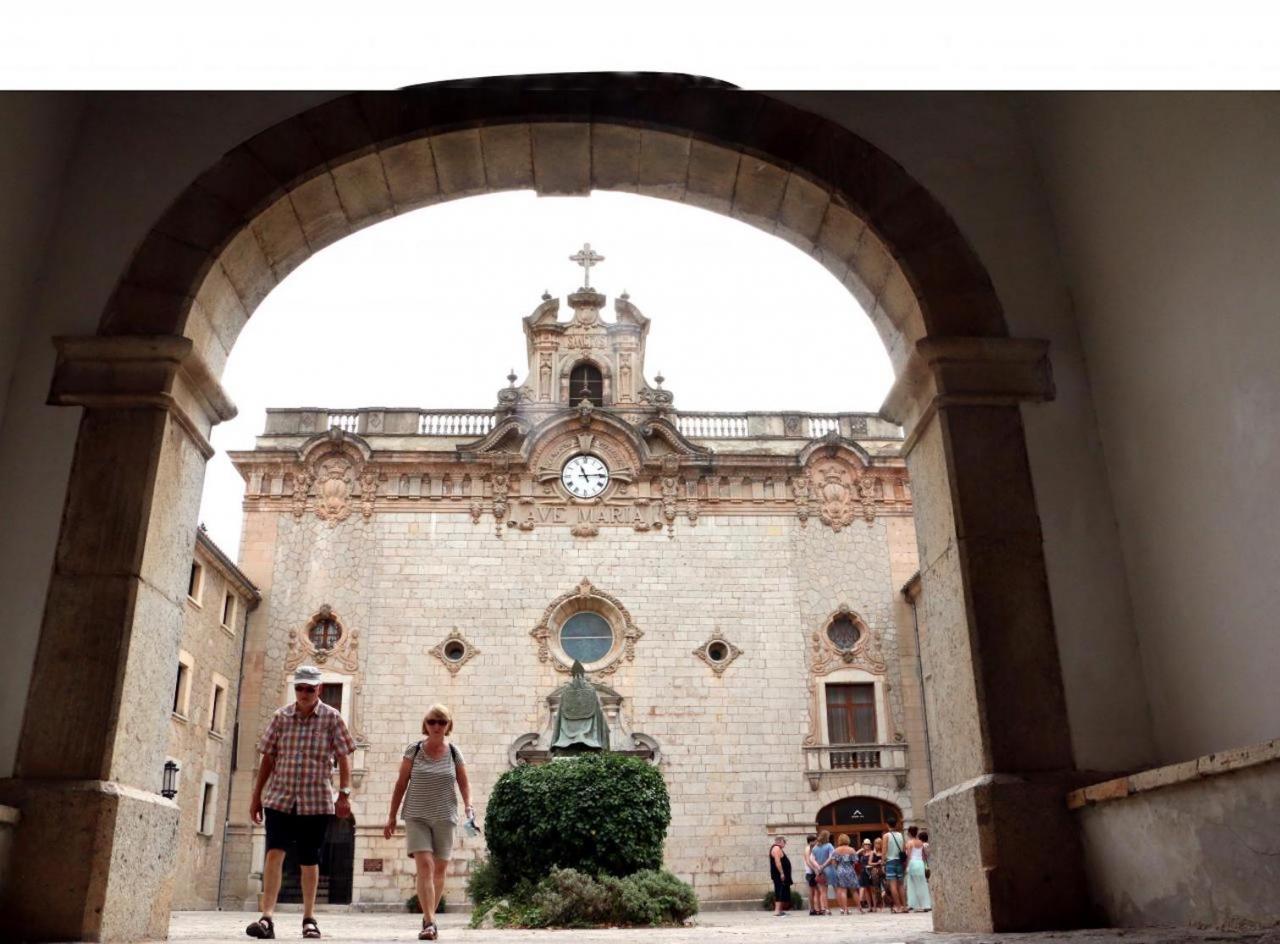 That 13th century chapel forms the basis of the Santuari de Lluc and the Black Madonna statue now sits on the main altar of the Church of Lluc which was partly designed by Catalan Architect, Antoni Gaudí.

In 1707 the chapel was given the title of Royal Chapel, by King Charles III of Austria and in 1962 Pope John XXIII declared it a minor basilica. 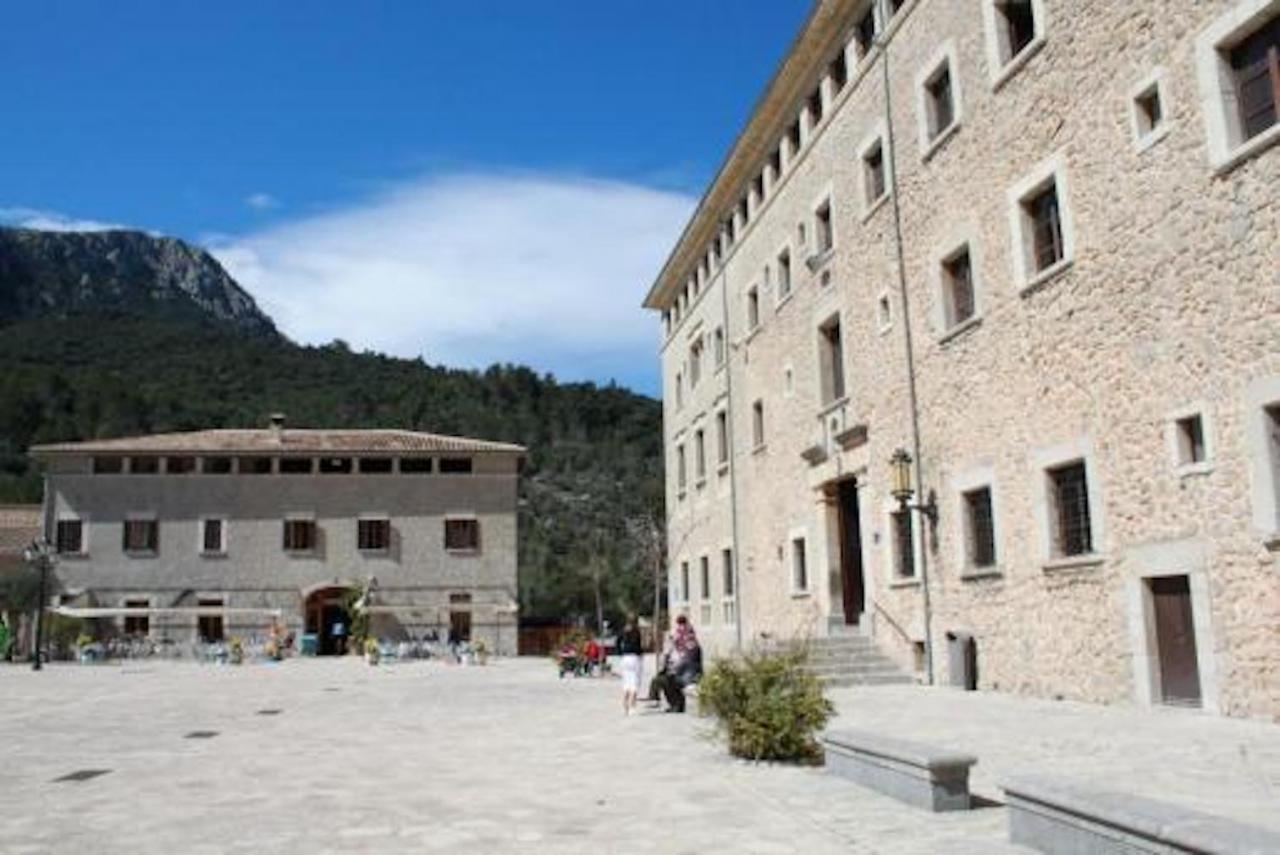 The Santuari de Lluc is surround by mountains and houses a restaurant, a museum, a boys boarding school and 81 rooms and 39 apartments with stunning mountain views, which are available for rent.

An area of the Santuari’s botanical garden is dedicated to aromatic and medicinal plants from Mallorca and there are also trees and bushes from all over the world.

There are also a number of prehistoric caves around Lluc and burial remains from the Talayotic period, which were discovered in the Cova dels Morts and excavated by Monsignor Cristòfol Veny, are on display in Lluc Museum. 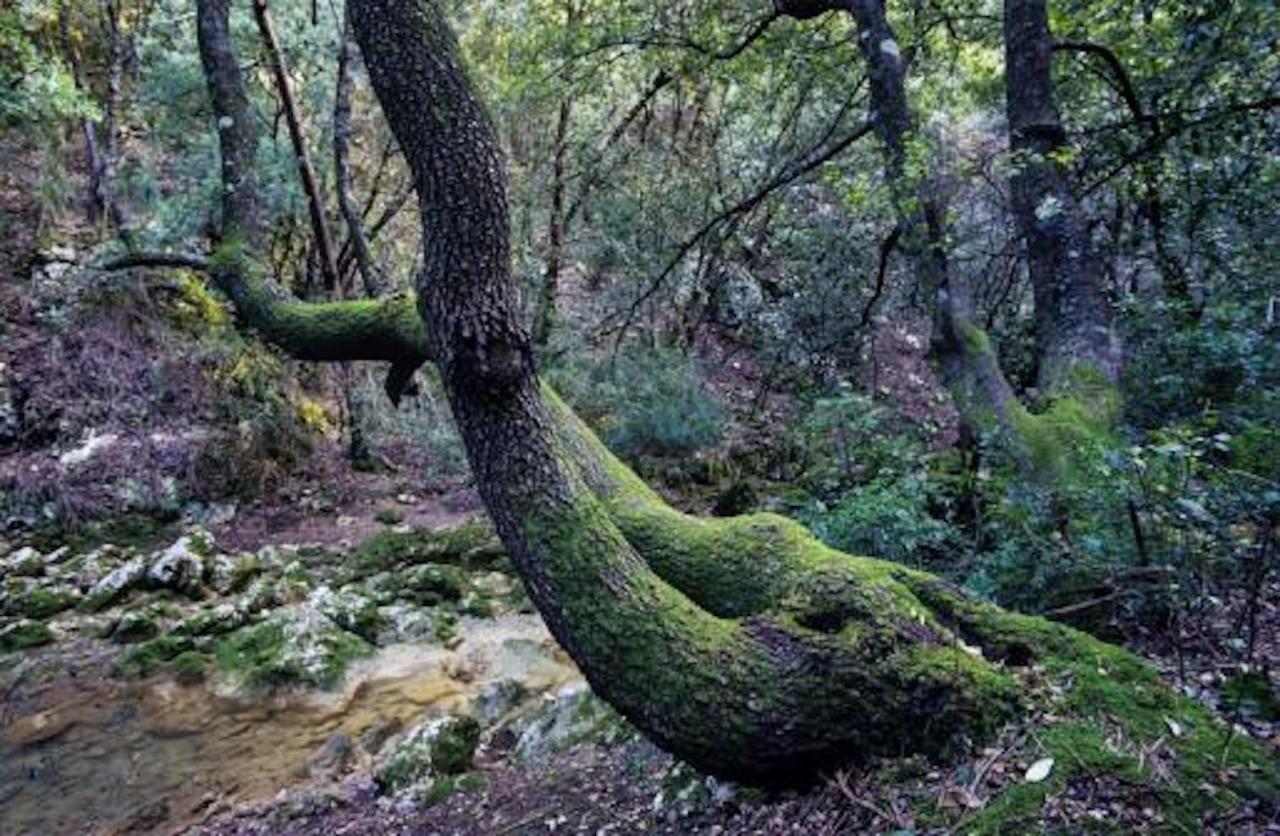 Many experts believe that forests were the first temples of mankind and oak forests like La Cometa dels Morts were highly symbolic. Centuries ago they were also an essential source of food, firewood and raw materials to make tools. 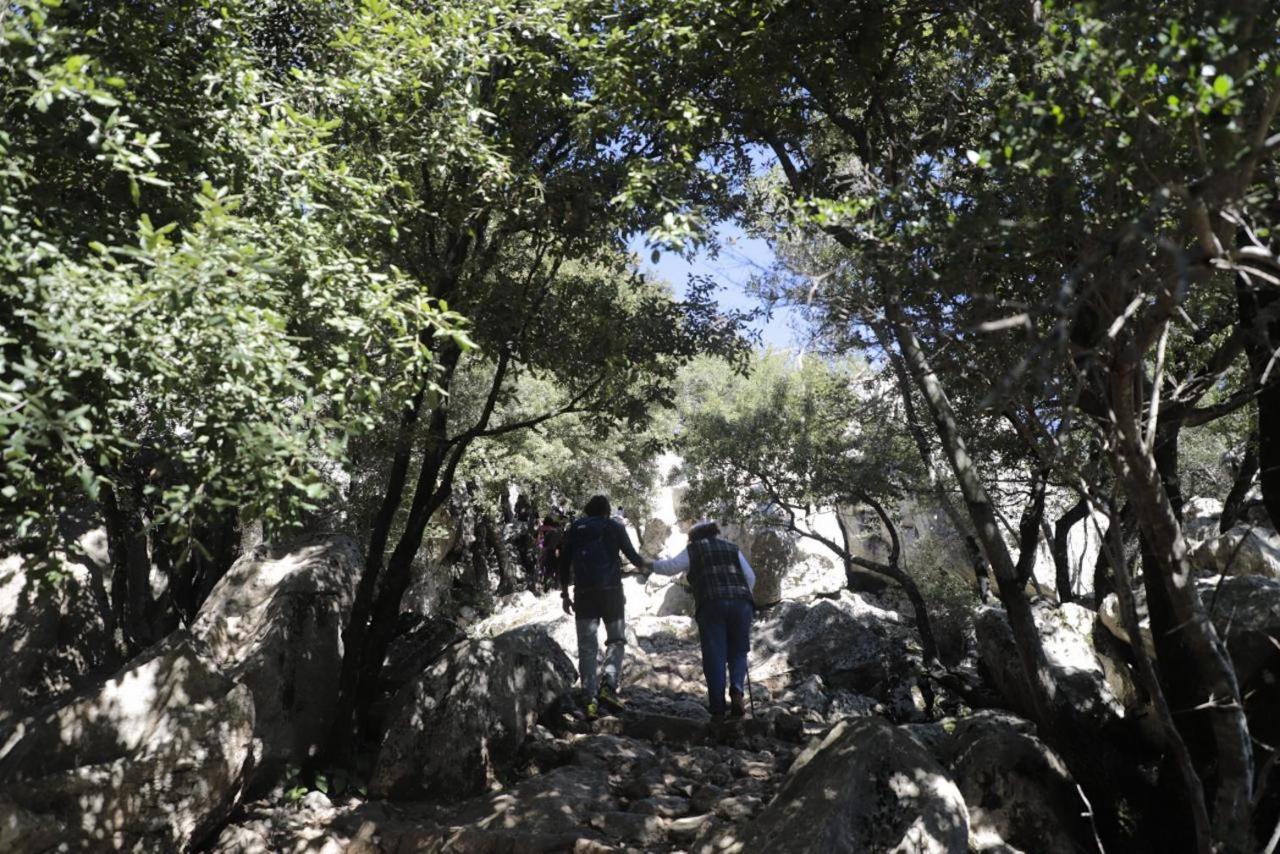 When the Romans settled in Mallorca and discovered a huge and wild expanse of holm oaks in Lluc, they perpetuated the value of the forest, elevating it to a sacred level reserved for the most chosen and special natural spaces.

After the Conquest of Mallorca, James I distributed the island amongst those who’d stood by him and Lluc farm was given to the Order of the Temple, who wielded exceptional power and influence at all levels back then.

According to historians, the Knights Templars were not really interested in the farm, which ceded its agricultural use to settlers in exchange for an annual payment.

When the Templars eventually fell into disgrace, Church organisations looked after the land and the chapel, which became famous thanks to the myth of the shepherd and the Mare de Déu. 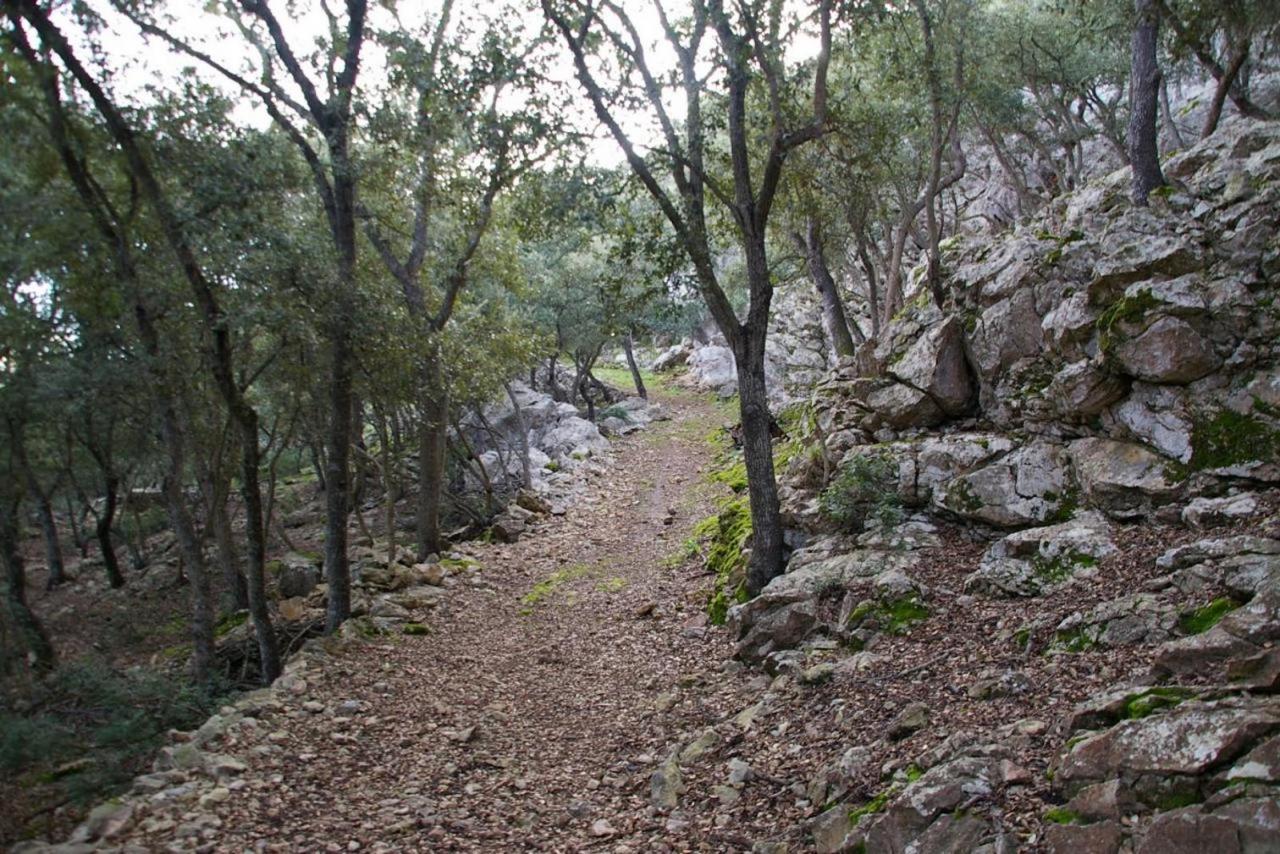 The Black Madonna is the Patron Saint of Mallorca and Catalonia and her myth is similar to others, such as the founding of Montserrat which also has a black virgin, although there are dozens of dark-skinned virgins in the Iberian Peninsula and in South America.

‘Sal de la Bella Dona’ or ‘Jump of the Beautiful Lady’ is another famous legend from Lluc.

It tells the story of a very beautiful young girl from Inca, who’s wanted by every man for miles around, which makes her lover very jealous.

One day he suggested that they visit the Santuari of Lluc, because he knew she liked to pray.

They loaded a donkey with provisions and set out for Lluc at dawn, but along the way he was once again overcome with jealousy. By the time the couple reached Es Grau gorge they were exhausted and stopped to rest. When the girl leaned out over the cliff to take in the view of Es Raigur he pushed her off and started walking home.

But with every step he was gripped with remorse and made his way to the Sanctuary de Lluc to beg forgiveness for what he’d done.

When he arrived he found his girlfriend praying to the Black Madonna and ran to her to apologise, she forgave him and the Virgin levitated in approval. The two returned home and lived happily ever after and the man was never again jealous of the attention her beauty brought.

Some people claim to have seen a beautiful woman crying at the cliff’s edge at sunset, but said she disappeared when they approached her.

That’s the magic of Lluc. 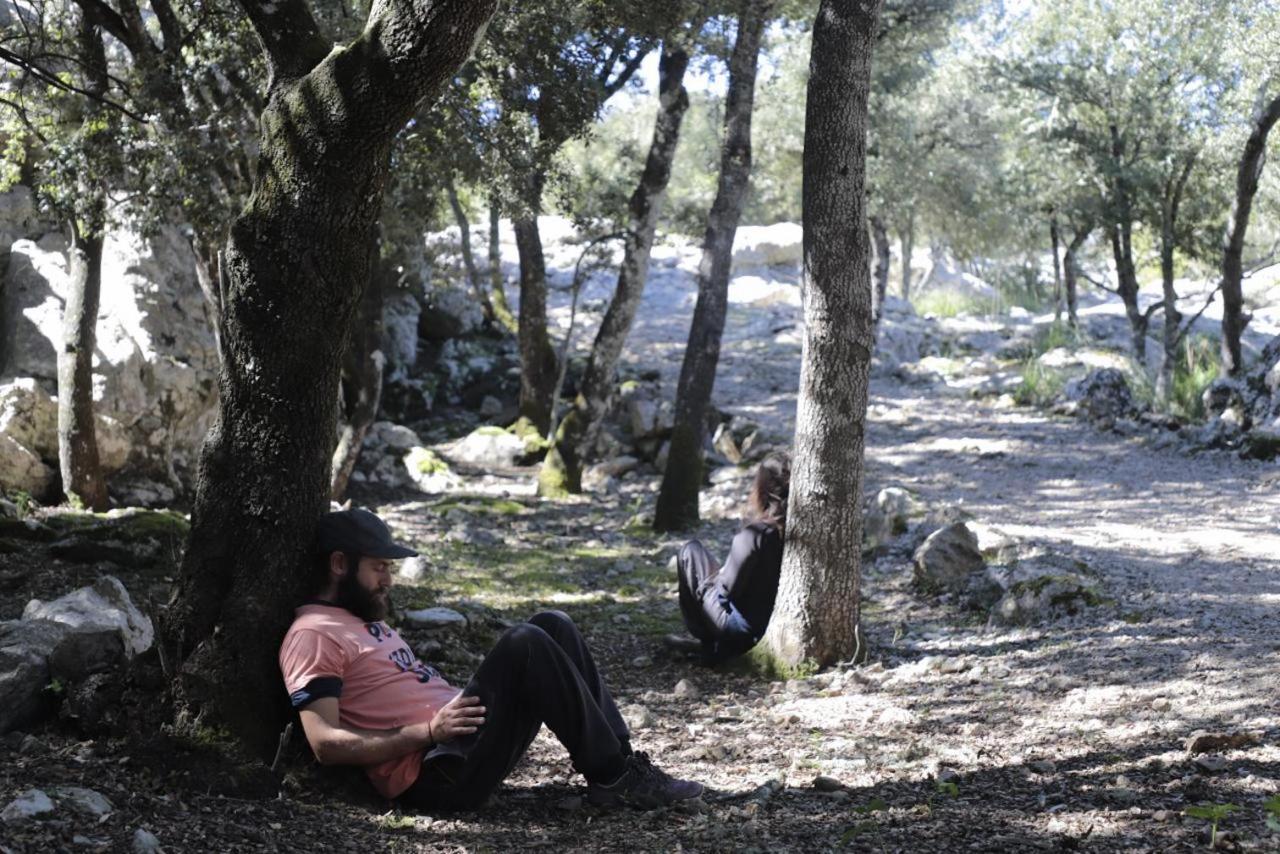