5 cruise ships in Palma, Majorca at the same time.

Cruise liners could be steaming back into Palma earlier rather than later this year, according to the Balearic government.

The Minister for Tourism, Iago Negueruela, has said that the Balearics are developing a road map together with other autonomous communities for the return of the cruise ships.
“We are interested and if there is no global framework that affects all communities, then we will work on developing our own safe protocol,” he said.

The Balearic government and various sectors of the tourist industry do not want a repeat of what has happened in the past when as many as six large cruise ships have been docked in Palma at the same time with tens of thousands of passengers descending on the city centre causing over crowding.

It is an issue which the minister said the cruise industry is well aware of and is keen to avoid as well. 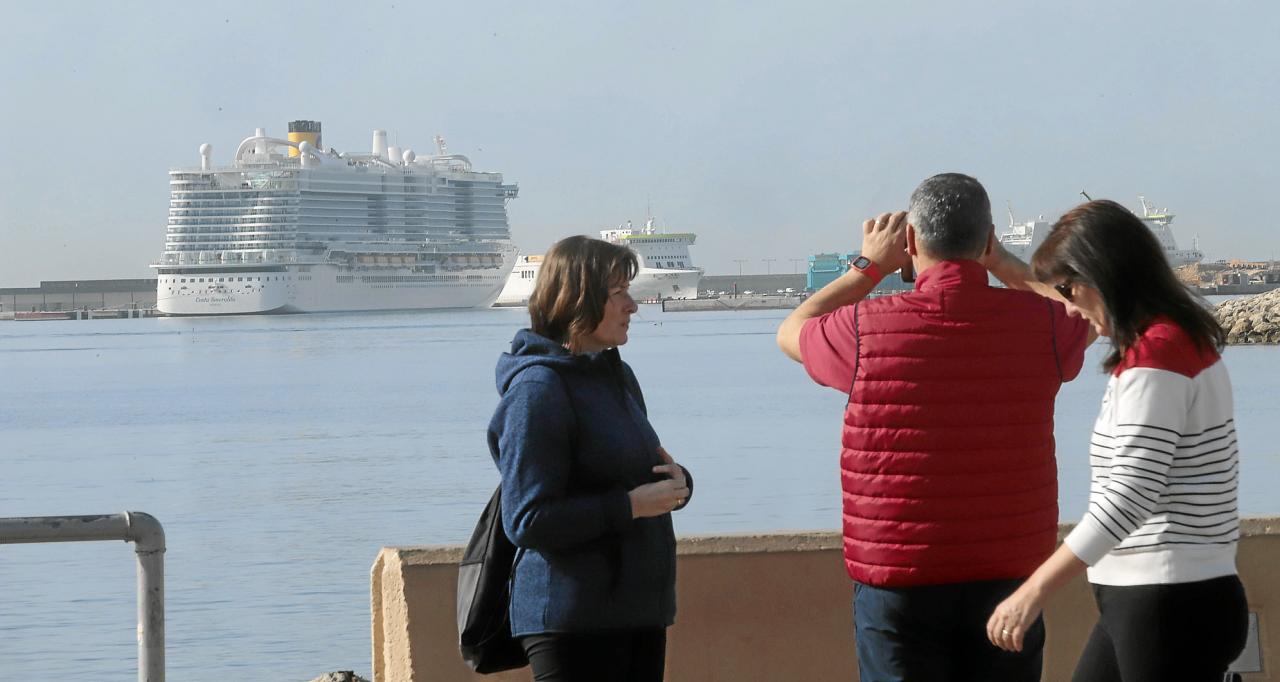 Negueruela has explained ion the past that he wants to find a balance, what he does not want is visitors to Palma, many staying in top end luxury and boutique hotels, clashing with large groups of cruise passengers on guided tours through the city centre. The minister has not given an exact date for the return of cruise liners, but meetings with the Port Authority, the state government and representatives of the sector have been on going for some time now.

Nevertheless, he stressed that the key to the return of cruise passengers depends on international mobility rules and restrictions.

And, the road to a resumption of cruising is not as easy as it may sound.
For example, Carnival Corporation, the world’s largest cruise operator, has contracted Bureau Veritas to support the ships that will be sailing in the upcoming months with various health and safety measures.

The company will be supporting Carnival Corporation with health and safety services to facilitate the return to cruising, protecting passengers and crew.
The return of cruising this year will be a massive operation requiring an extremely detailed approach.

Bureau Veritas is, therefore, the logical choice to assist the cruise giant in returning its 87 vessels to service. The company has long been involved in the marine industry, providing classification services to all kinds of marine operations.

The support provided to Carnival will be based on the extensive experience built up in 2020 to address health protection and hygiene requirements onboard passenger ships.
The approach offered meets the specific requirements of the cruise market and addresses biological risks, as posed by COVID-19 and other infectious diseases.

The last thing Mallorca needs is thousands of low spending tourists clogging Palma during a pandemic that is far from over , especially since less than 10 percent of the population are fully vaccinated here. The same government stated 70 percent vaccination is needed, so already now its clear they are not sticking to their own rules and recommendations. The government will need to be made accountable if they allow mass tourism to start uncontrolled and unsafe by allowing to too soon for rules and restrictions to be bent and avoided.