Talking points from the weekend in La Liga

Real Madrid defender Eder Militao had begun to look like an expensive flop midway through his second season but has suddenly turned into the club's most reliable defender.

After showing defensive maturity when Real needed it most amid an injury crisis, the Brazilian delivered at the other end in Saturday's 2-0 win over a stubborn Osasuna, breaking the deadlock with a thumping header. 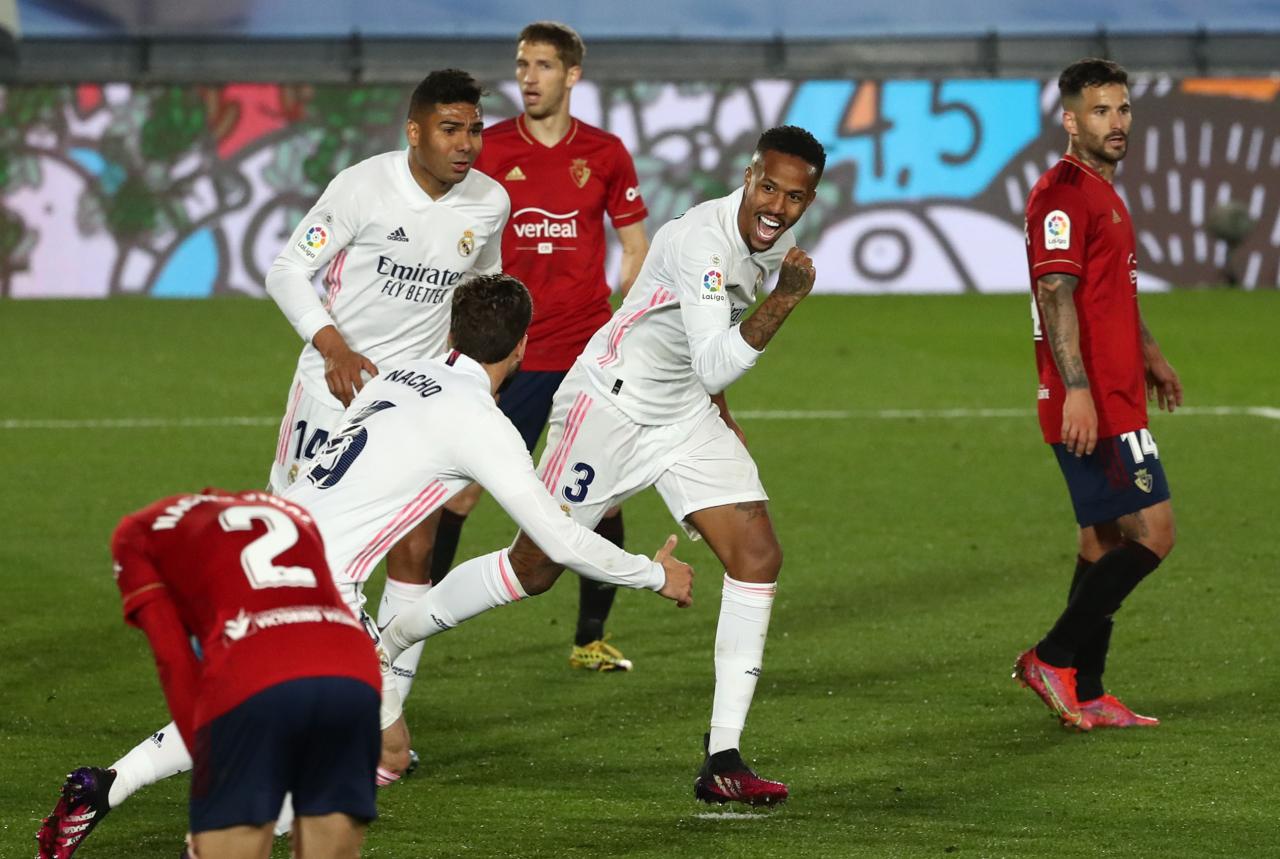 The Brazilian, a 50-million-euro signing from Porto in 2019, had only made three league starts by the end of March.

But he has stood tall since the start of April while Zinedine Zidane's side have been plagued by injuries to key defenders such as captain Sergio Ramos and full backs Dani Carvajal, Lucas Vazquez and Ferland Mendy.

Ramos, 35, has run down his contract with the club and Militao's form could tempt Real to resist their captain's demands and look to the 23-year-old Brazilian to lead their back line into the future.

Atletico Madrid coach Diego Simeone is a strong believer in horoscopes and he would have every right to think the stars are aligning for his side in the title race after their lucky 1-0 win at Elche on Saturday.

Atleti got away with two glaring late chances for struggling Elche, Antonio Barragan missing a golden chance and Fidel Chaves hitting the post with a 90th-minute penalty.

Atletico were also spared by their opponents missing a late penalty when they beat Alaves 1-0 in March and they will hope their good luck continues for another week with their next game a trip to Barcelona.

Griezmann finds consistency when it matters

He may have taken longer than expected to settle in, but Antoine Griezmann is finally looking like the forward Barcelona want him to be.

The Frenchman netted a poacher's goal to give Barca the lead in their 3-2 comeback win over Valencia, scoring for the fifth time in as many games in all competitions, but his upturn in form is about far more than goals.

Griezmann is developing a true understanding with Lionel Messi in attack and has found his place in Ronald Koeman's 3-5-2 system which has propelled Barca's winning surge in the second half of the season.

His soaring performances come at the perfect time for the team and for himself, with reports emerging that Barcelona are strying to sign Neymar from Paris St Germain.