the state of emergency has expired. | NACHO DOCE

The Spanish government and opposition blamed each other on Monday after crowds of mostly maskless youths partied in the streets of Madrid and Barcelona when a state of emergency imposed to curb the pandemic ended at the weekend.

Imposed last October amid an alarming second wave of infections, the state of emergency allowed the temporary suspension of some civil liberties, including a nationwide curfew and local travel bans.

Its expiry, partly because the minority government of Socialist Prime Minister Pedro Sanchez would struggle to win a majority in parliament to prolong it, spurred celebrations as well as concerns that such behaviour could lead to another spike in cases.

Crowds of several hundred people breached rules on social distancing and mask-wearing in public, and in some cases police moved in to break them up and fine some individuals.

"The absolute irresponsibility of the government of Sanchez costs lives," said Pablo Casado, leader of the conservative People's Party, adding that the opposition wanted a new law that would allow regions to maintain restrictions.

For its part, the government blamed the opposition, including conservative leader of the Madrid region, Isabel Diaz Ayuso, who has just won re-election thanks in part to a relatively relaxed approach to coronavirus restrictions. 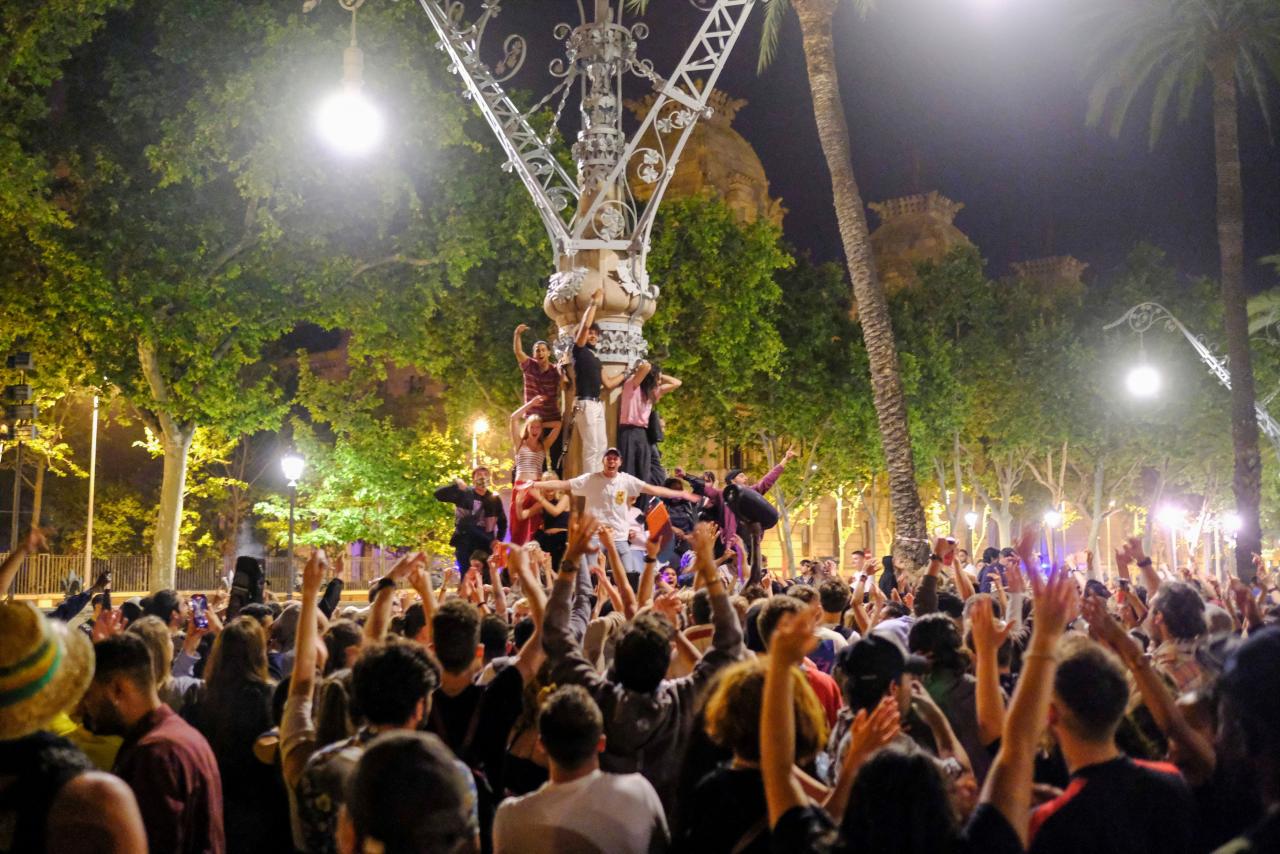 Now that the state of emergency has expired, each of Spain's 17 regions must individually ask courts to approve any restrictions they regard as necessary for their territory.
The government said regions had the option of asking for a state of emergency to be reinstated locally if needed.

"... no one is giving up on their responsibilities or abandoning regional governments," Justice Minister Juan Carlos Campo said in an op-ed in El Pais, hitting back at critics and saying a nationwide state of emergency was not necessary anymore.

Health emergency chief Fernando Simon voiced concern that such celebrations could set the country back after more than a year of fighting the disease.

"I hope that everything we have seen in recent days doesn't translate into a very big new increase in (hospital) occupancy," Simon told a news conference.

Juan love | about 1 year ago

Not surprising, when a Country is used to spending half of its life having Fiestas / Celebrations / Parties of some sort anyway.