New map shows where the youngest and oldest live in Mallorca

There’s also a big difference between the towns with the highest and lowest number of over 65s with 28.3% in Ariany and 14.1% in Marratxí.

Almost three people, including at least one minor live in each house in Marratxí and the average age is 40, compared to 47 in Ariany where three out of 10 of the 800 inhabitants are over 65 years old and most live alone, according to data from the Atlas of Household Income Distribution which was recently published by the National Statistics Institute.

The average age in Palma is 41 and there’s also a big difference between neighbourhoods. The majority of the over 65s live in higher income neighbourhoods in the city centre. 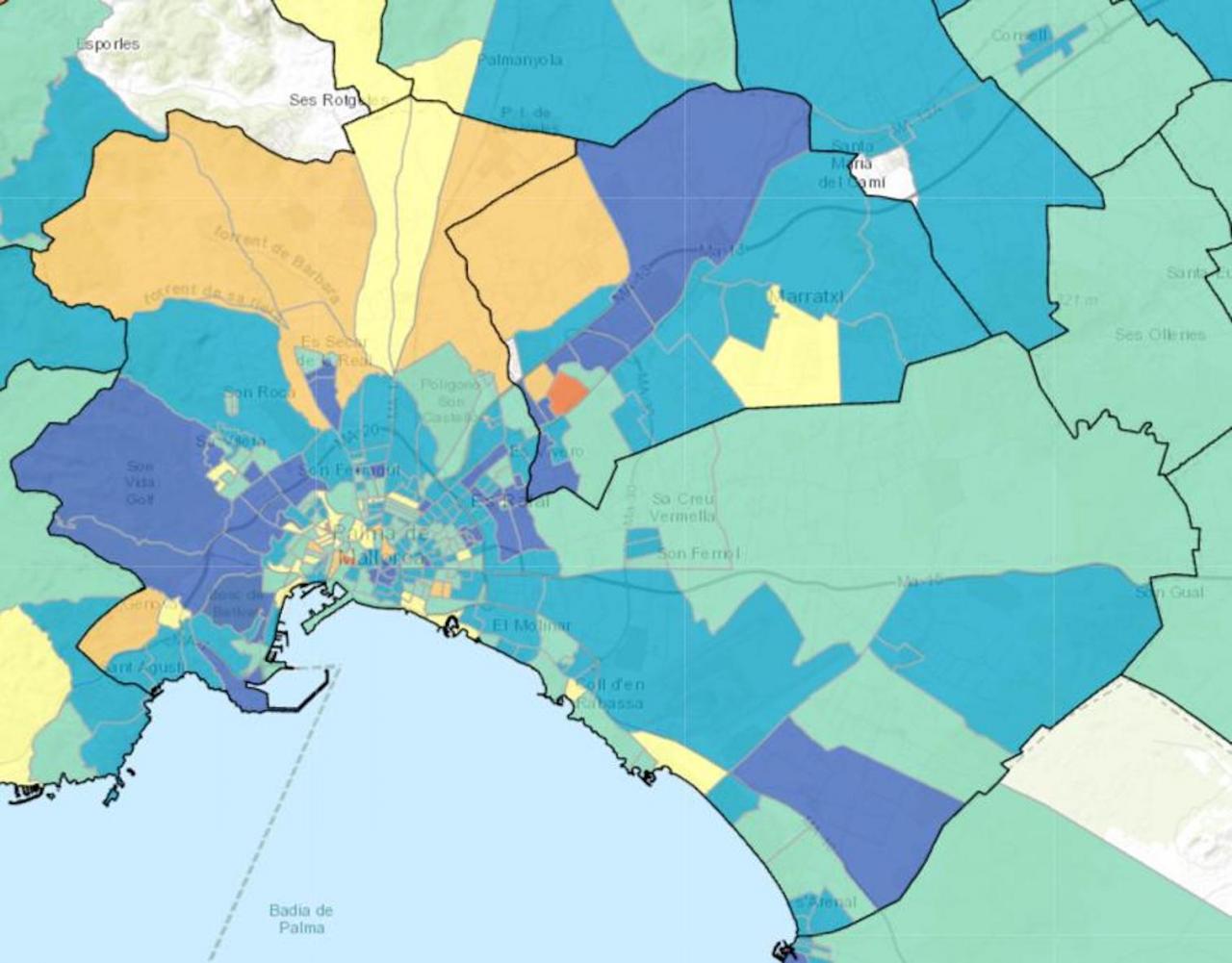 The map also shows that the Sa Gerreria neighbourhood in the centre of Palma is very popular with young people.

Almost 20% of the population of Can Pere Antoni and 16% of Es Molinar and Coll d'en Rabassa are over 65.

The three Serra de Tramuntana Municipalities which are marked in yellow on the map are the ones with the largest number of over 65 year olds; 27.4% in Escorca, 26.4% in Banyalbufar and 27.6% in Estellencs have an older population.

Ariany has the largest adult population, but the Municipalities with with the highest average age in Mallorca are Banyalbufar at 48 and Escorca at 50, whereas in the towns closest to Palma and the Llevant area, the population is younger. 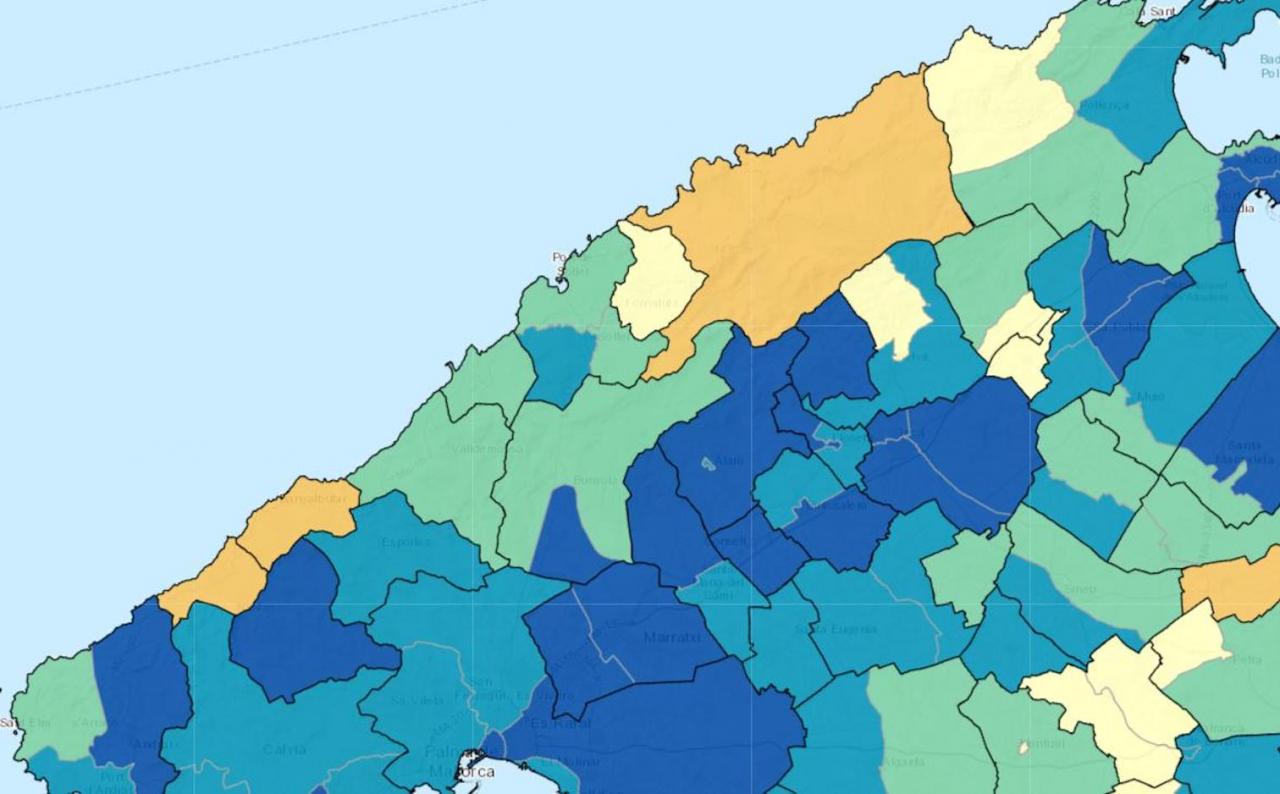