The completion of Art Nouveau architect Antoni Gaudí's Sagrada Família basilica in Barcelona is simulated in this movie released to show the final stages of construction anticipated before 2026, 100 years after the death of the architect. The one-minute video published on the Sagrada Familia Foundation's Youtube channel shows each of the stages left and how the basilica will look when completed. It combines helicopter footage of the current building with computer-animated renders to show spires, a central cupola and other remaining structures rise from nothing. The Sagrada Familia Foundation has also published six one-minute movies showing 3D animations of the completion dates for each phase, including the Sagristia in 2015, Torre de Maria in 2018 and Torre de Jesus in 2020. When the basilica is finished it will have 18 towers dedicated to different religious figures, of various heights to reflect their hierarchy. There are eight towers completed so far. | Youtube: Dezeen

Souvenir shops are mostly closed and only a few tourists gaze at Barcelona's Sagrada Familia, a stark contrast from the hordes of visitors before the pandemic, but the board running Antoni Gaudi's unfinished basilica hopes that will change soon.

It will reopen from May 29 on weekend mornings after closing in October, hoping to benefit from the easing of coronavirus restrictions and expected tourism recovery in Spain, the world's second-most visited country before the pandemic. 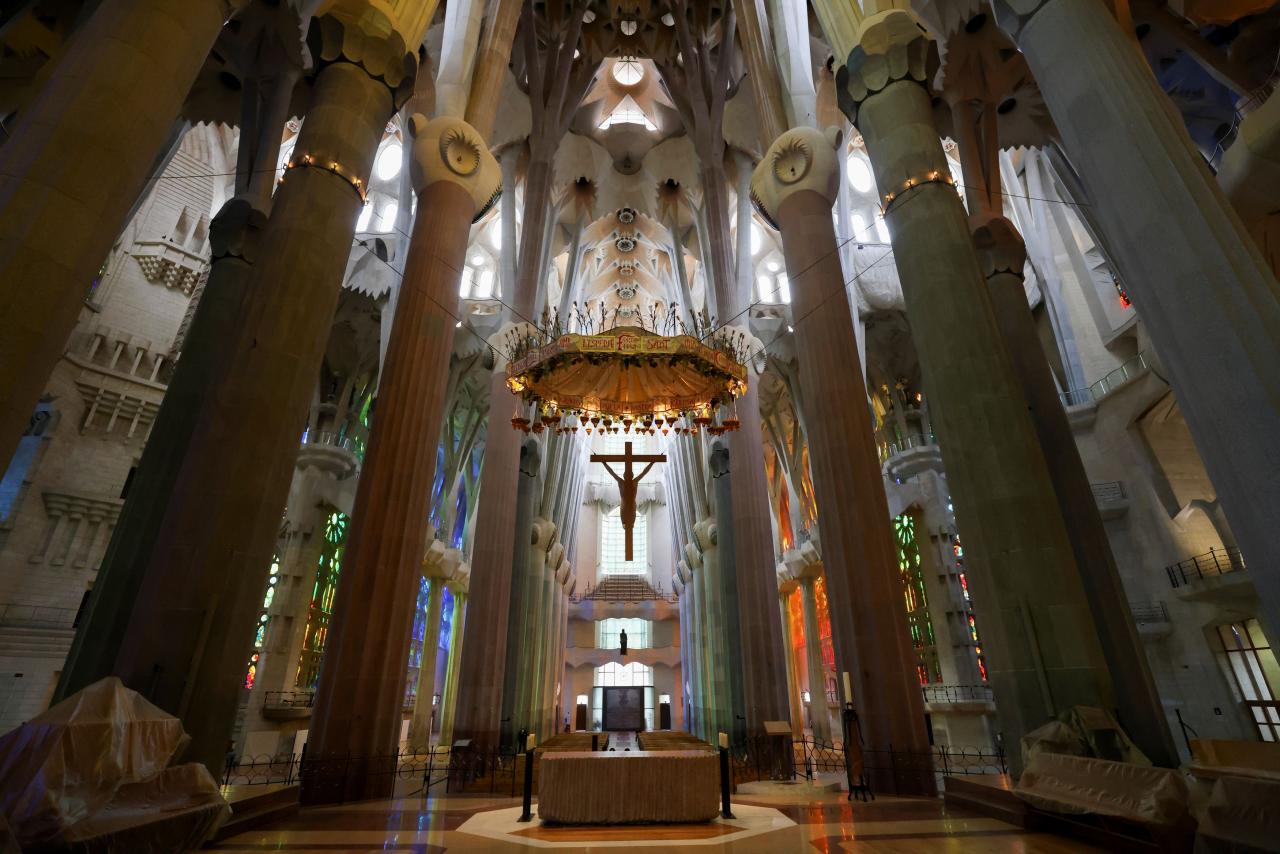 The UNESCO World Heritage Site has been hit hard by the collapse of international travel. Revenues have plummeted - the main source of financing for the building's completion - halting construction work for nine months.

"We had forecast to finish the work in 2026. Regretfully, this will not be possible," Sagrada Familia's director general Xavier Martinez told Reuters during a visit to the basilica, on which Gaudi worked from 1883 until his death in 1926.

"It could be in 2030, 2035, 2040. I would be lying if I were to say a precise date," he said, adding it would take time to recover pre-pandemic revenue levels for construction to regain pace.

But he said he was certain the Modernist-style building will be completed, with 18 towers, during his generation and was optimistic that tourism arrivals would start growing in the second half of the year.

Chief architect Jordi Fauli said: "The Sagrada Familia has faced other moments of difficulty," referring to construction almost being cancelled in 1910 and stopping during the Spanish Civil War in the 1930s.

"The construction board and people have always had the will to move forward and overcome. Our goal is to make Gaudi's beautiful project a reality," he said, speaking next to a tower dedicated to the Virgin Mary which should be completed by December, reaching 138 metres (453 feet).

Amid the financial constraints, the board decided to focus this year on finishing the tower - completing 75% of the overall project - as part of a 6-million-euro ($7-million) budget.

By contrast, it spent 60 million euros on construction in 2019 when around 4.5 million people from 120 countries visited the basilica, with foreign visitors accounting for more than 90%.

The board had initially set similar goals for 2020 but then the pandemic hit, visitor numbers shrank to around 600,000 and revenues were 15% of those in 2019.

Once completed, the Sagrada Familia will have three facades and be crowned by a 172.5-metre tower dedicated to Jesus Christ, making it Barcelona's tallest building. 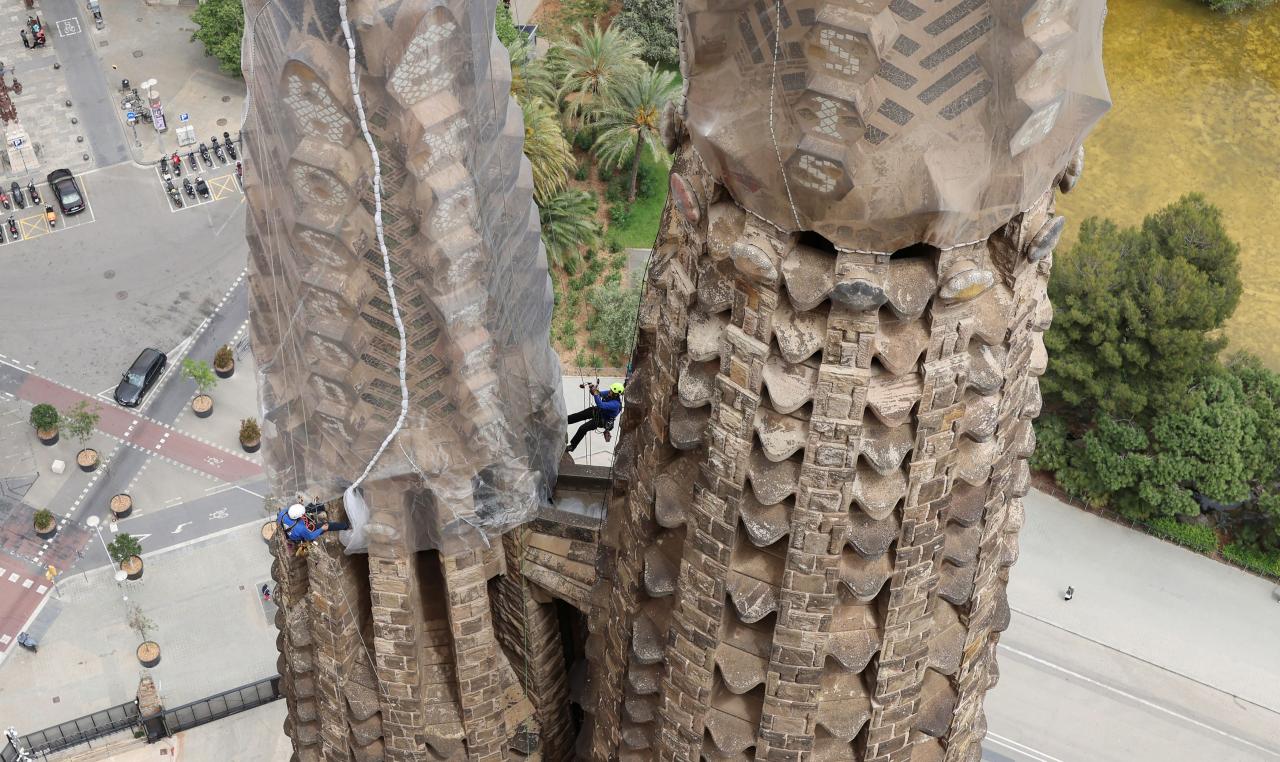 Yet to be decided is whether to build an outdoor staircase that would likely mean demolishing at least one residential building. A commission involving local government and neighbours on the issue was cancelled last year due to the pandemic.

The government wants the commission to resume soon, said a municipality spokesman.
Fauli said the staircase was included in Gaudi's drawings and the overall construction follows the original project, but a neighbourhood association has questioned it.