Test rate stays below one per cent

The Wednesday report from the health ministry indicates 30 new positive cases of coronavirus, three fewer than Tuesday. There are 25 in Mallorca, three in Minorca, one in Ibiza and one in Formentera. The positivity rate is 0.92% from 3,260; on Tuesday it was 0.95% from 3,473 tests. 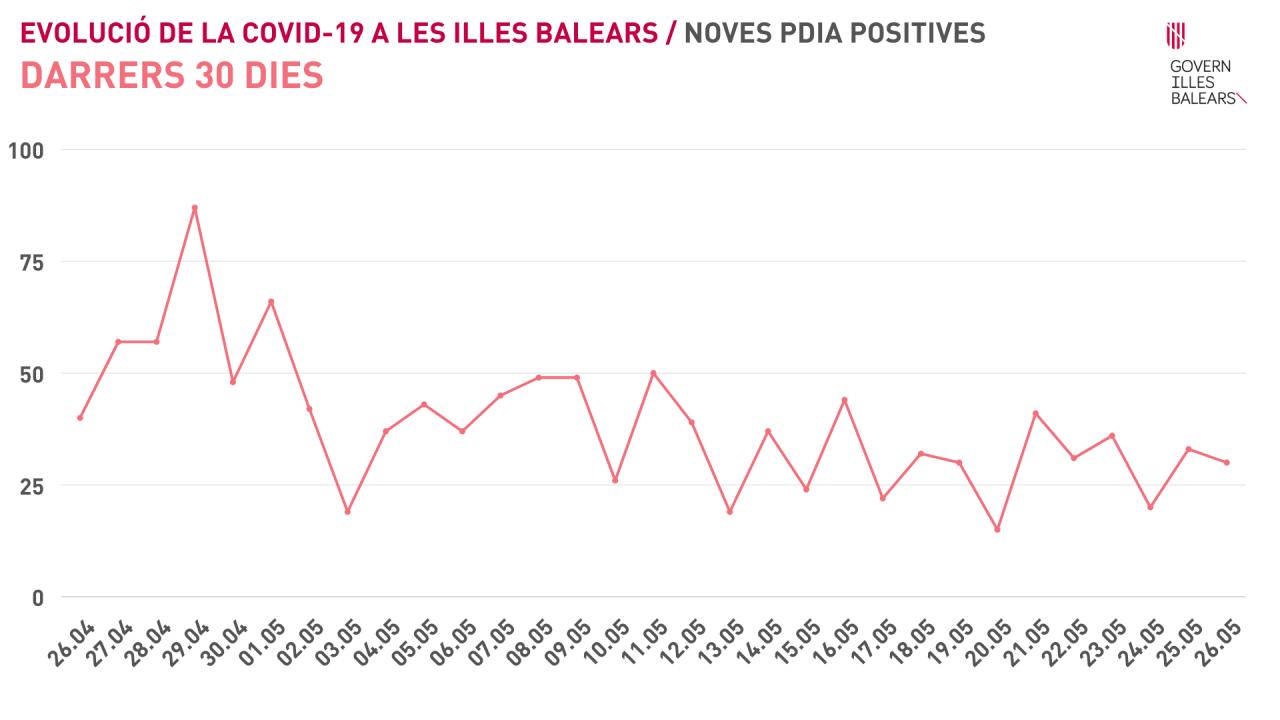 No more deaths have been reported; the total remains 840 - 702 Mallorca; 100 Ibiza; 33 Minorca; five Formentera. On hospital wards, there are 21 Covid patients in Mallorca (down two), seven in Ibiza (down one), and two in Minorca (no change). In intensive care, there are now just twelve patients in all - ten in Mallorca, one in Ibiza, one in Minorca.

Thirty-nine more people have recovered, seven of whom were in hospital. The number of people being attended to by the health service in the Balearics (active cases) is down six to 662. Primary care in Mallorca is monitoring 496 people, down five.