The bank has around 2,400 branches in Spain

The bank has around 2,400 branches in Spain | NACHO GALLEGO

Thousands of BBVA employees on Wednesday held a one-day strike called by several Spanish unions to protest against the bank's plans for layoffs.

It was the first such work stoppage involving a bank at a national level in 30 years.
BBVA said in April it was planning to cut 3,800 jobs, though it later offered to bring that number down to around 3,300, to adapt to a client shift towards online banking.

"Digitalisation is something that we are imposing on the customers and not the other way around, digitalisation is a lie. Many customers don't want to know anything about it," Jennifer Mir, a 42-year-old BBVA employee, told Reuters during protests in front of a bank building in central Madrid. 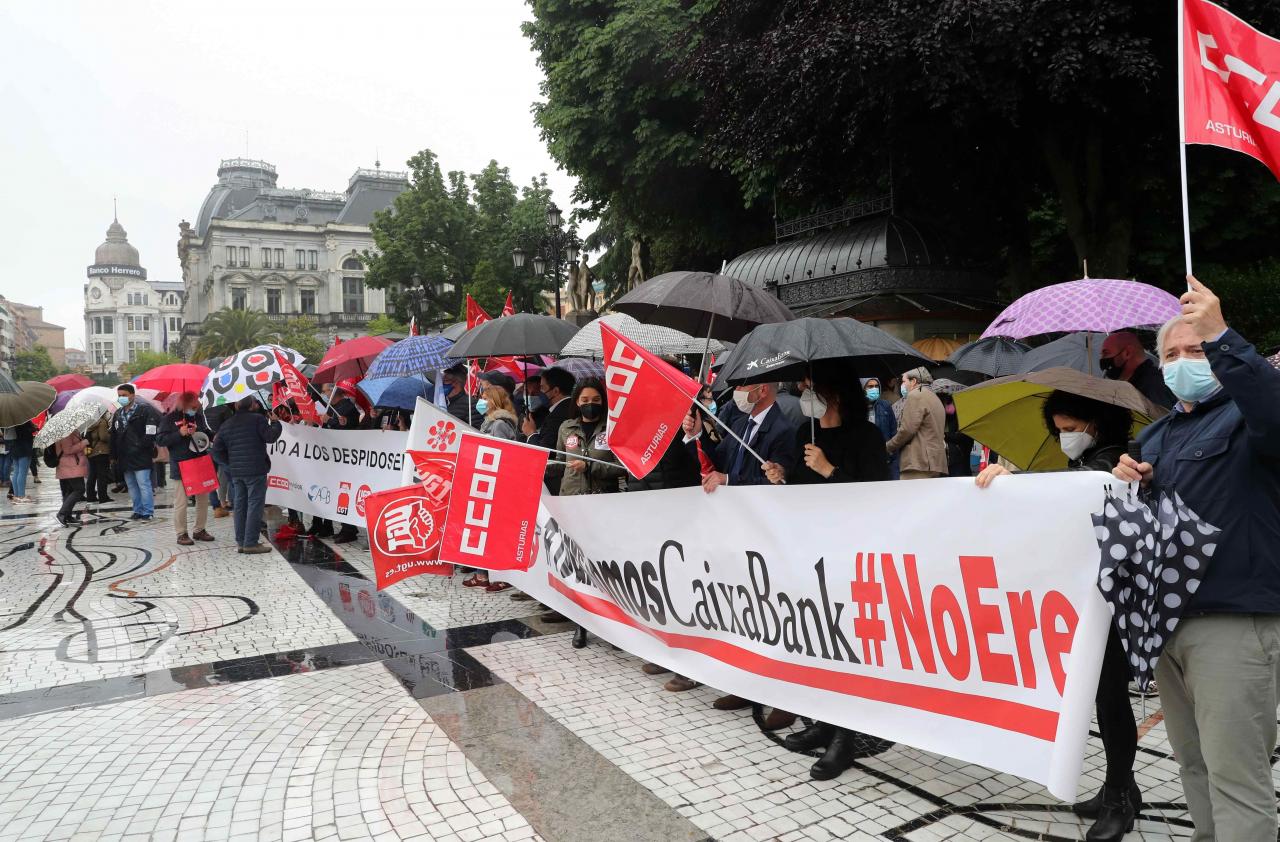 National union Comisiones Obreras (CCOO), the largest in the sector, demands that any cuts should be through voluntary redundancy and early retirement while calling for greater financial compensation for those who leave BBVA.

The bank has around 2,400 branches in Spain. According to CCOO, between 75% of the offices in northeastern city of Zaragoza to 100% in most areas of Andalusia closed their doors, while more than 70% of its around 23,000 staff went on strike.

BBVA, which declined to give a potential impact from the strike on its retail business, added that 35% of its staff in Spain had joined the one-day stoppage.
"Those of us in the offices are the most affected and under the most pressure to sell financial products such as insurance and investment funds with incredible sales targets," Nicolas Munoz, a 56-year-old BBVA employee, told Reuters.

Munoz also complained about the lack of staff.
"There are only two of us in the office and we have to do too many tasks," he said.
According to CCOO, thousands of people also took to the streets across 28 Spanish cities to protest the bank's plans, which have coincided with government calls to rein in the pay of top bankers.

Rebeca Casado, a 43-year-old client, told Reuters in front of a shut BBVA branch in Madrid that she did not really care about the strike as she was used to online channels.
"It is true however that I do go at least once a month to make cash deposits because I don't know any other way to do it."