Petrol much more expensive than a year ago in Mallorca

Drivers in the Balearic Islands are paying around 10 euros more than last year to fill up their petrol tanks, according to the Ministry for Ecological Transition website.

The President of the Association of Service Stations of the Balearics, Jesús Salas, says it costs an average of 61 euros for a full tank of petrol, which is about 11 euros more than a year ago. 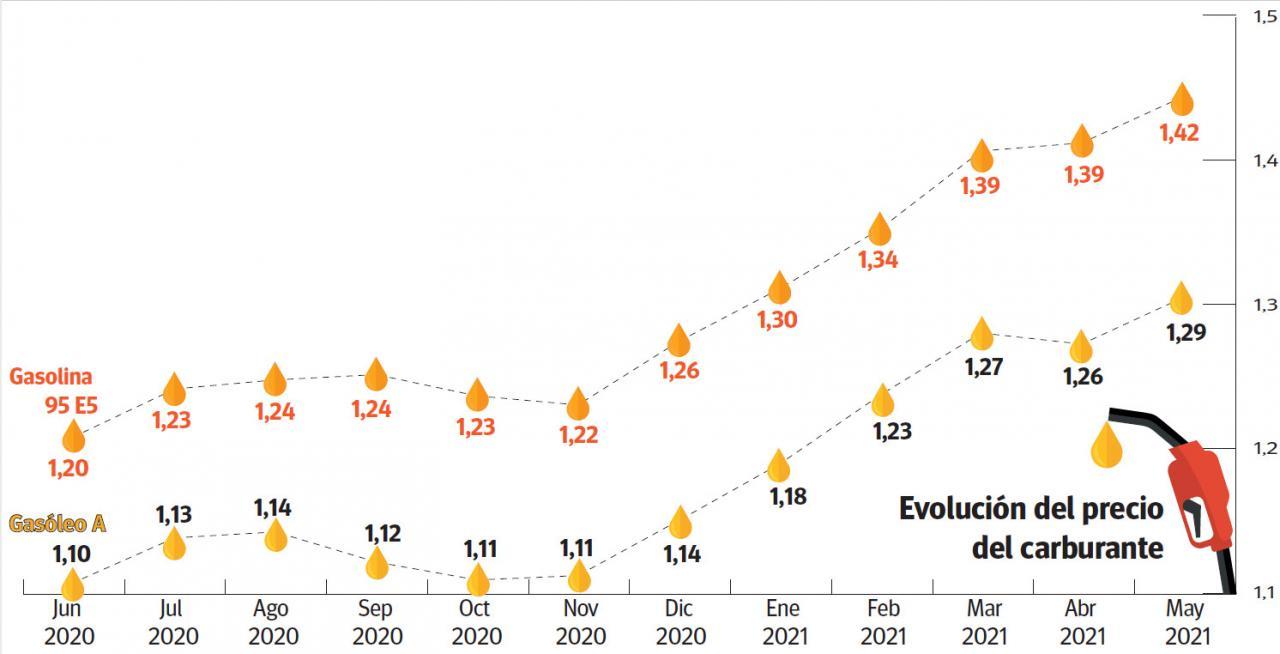 It also costs more to top up your tank in the Balearic Islands than it does on the mainland.

Jesús Salas points out that petrol stations are not responsible for the price of fuel and claims that it’s better for them if the price is low because customers are more likely to fill up.

"Rising fuel prices are a matter of geopolitics," states Salas, who says the pandemic has caused losses of 75% in some stations and 50-60% in the city.

He argues that petrol stations were obliged to stay open, even if they had virtually no customers and complains that the Sector hasn't received a penny in financial aid. He also claims that low-cost gas stations and electric cars, amongst other things, are causing a decline in revenue, making it difficult for them to reach pre-pandemic economic levels.

Firstly...there are way too many cars in Mallorca per capita....in years gone by it was obviously too cheap and too easy to own and run a second or a third car.....(irrespective of failure in planning to distribute traffic at key times of day) Secondly...those who own cars for the pure love of cars will carry on paying for the fuel and other associated charges irrespective. Thirdly...the move to more sustainable means of vehicular and personal movement must be a priority so increases in traditional fuel charges will contribute positively to this as will increased road taxes for ICE vehicles... As is the norm on every topic the Balearic government is 'playing' with new ideas and concepts and only when they get real criticism (or criticism that they believe that will cost them votes at the next election) do they react.... Here is another example of an apathetic approach by lazy politicians!!