Parking in Palma is about to get even worse!

Just when you might have thought that parking in Palma couldn’t get any worse, the City Council has come up with a 7 point plan, similar to Madrid, Barcelona and Valencia, that will make it an even bigger nightmare!

Parking will be restricted in the city centre, a ZAR zone will be created and the ORA zone extended. These new measures will be finalised through a participatory process with neighbourhood entities and associations.

The street map of Palma will look very different after the new measures are incorporated: 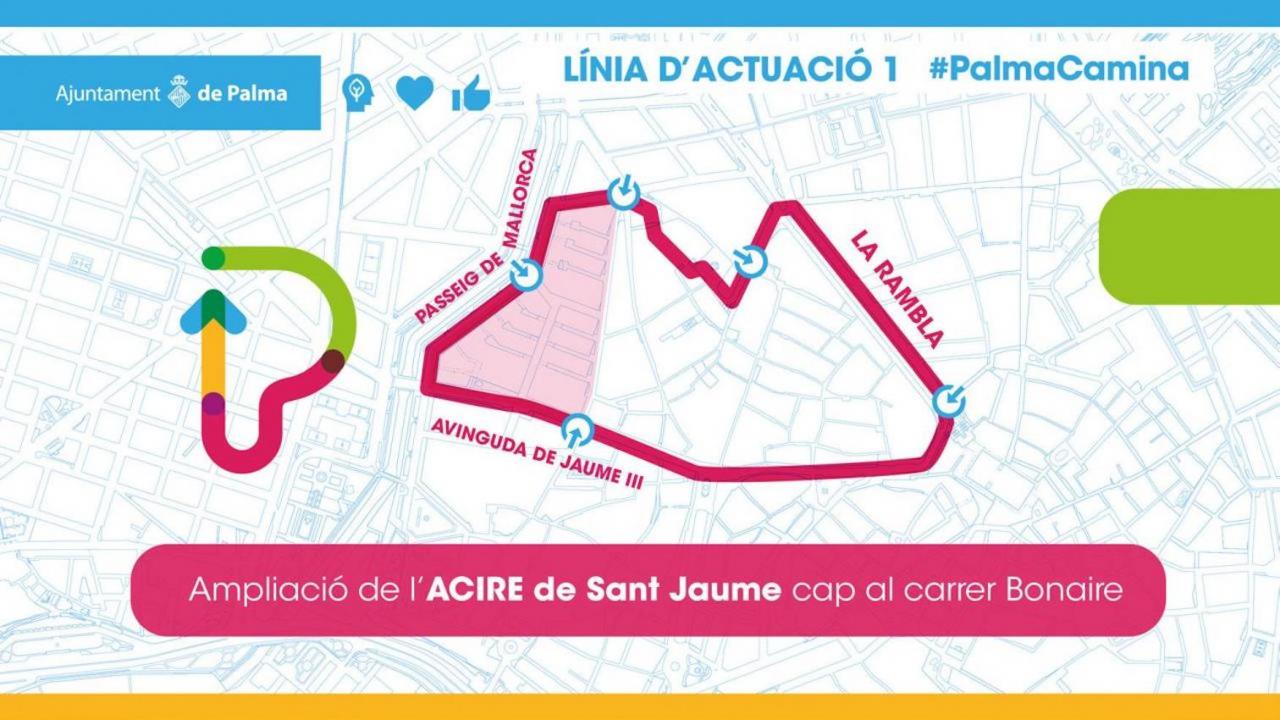 First up will be an ACIRE extension from Carrer de Sant Jaume to Carrer de Bonaire, with specific access for collecting goods via a permit that’s processed online. The loading and unloading areas in the centre are also being expanded. 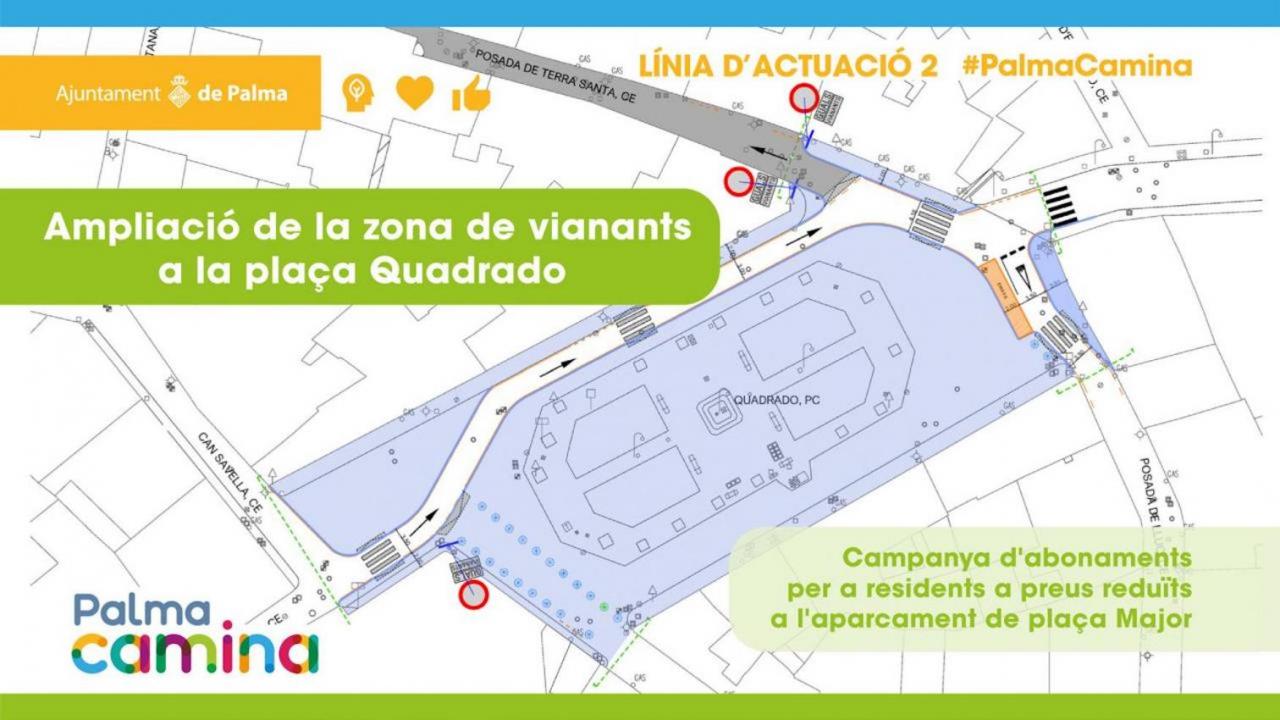 The pedestrian area in Plaça de Quadrado will be expanded and a new campaign aimed at residents will be launched, so that they can have affordable passes in the SMAP car park in Plaza Mayor. 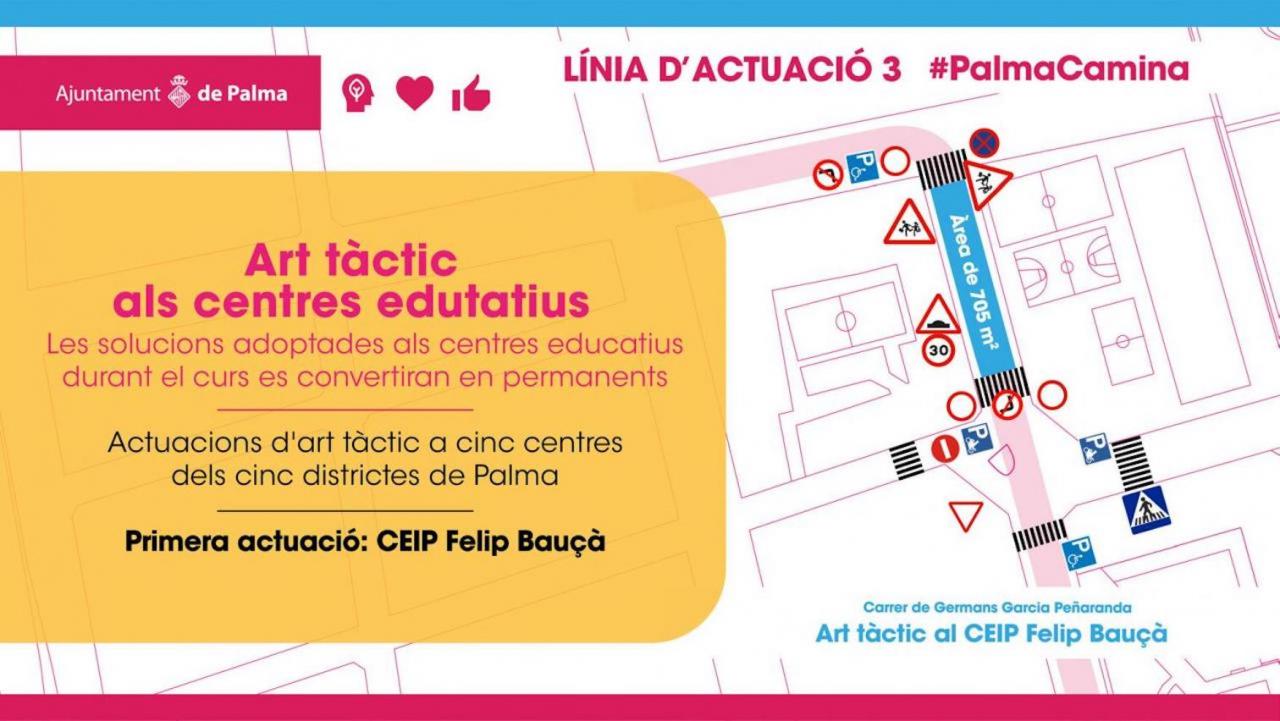 Changes have been sought to meet demands at Educational Centres and provide more space in school environments and the solutions adopted will become permanent.

To consolidate those demands, tactical art interventions will be promoted, with paintings by the educational community with pedestrianised spaces. They will be done at 4 centres in the 5 districts of Palma: Nord, Llevant, Ponent, the City Centre and Playa de Palma and the first one will be at CEIP Felip Bauzà in Carrer Germans Garcia Peñaranda. 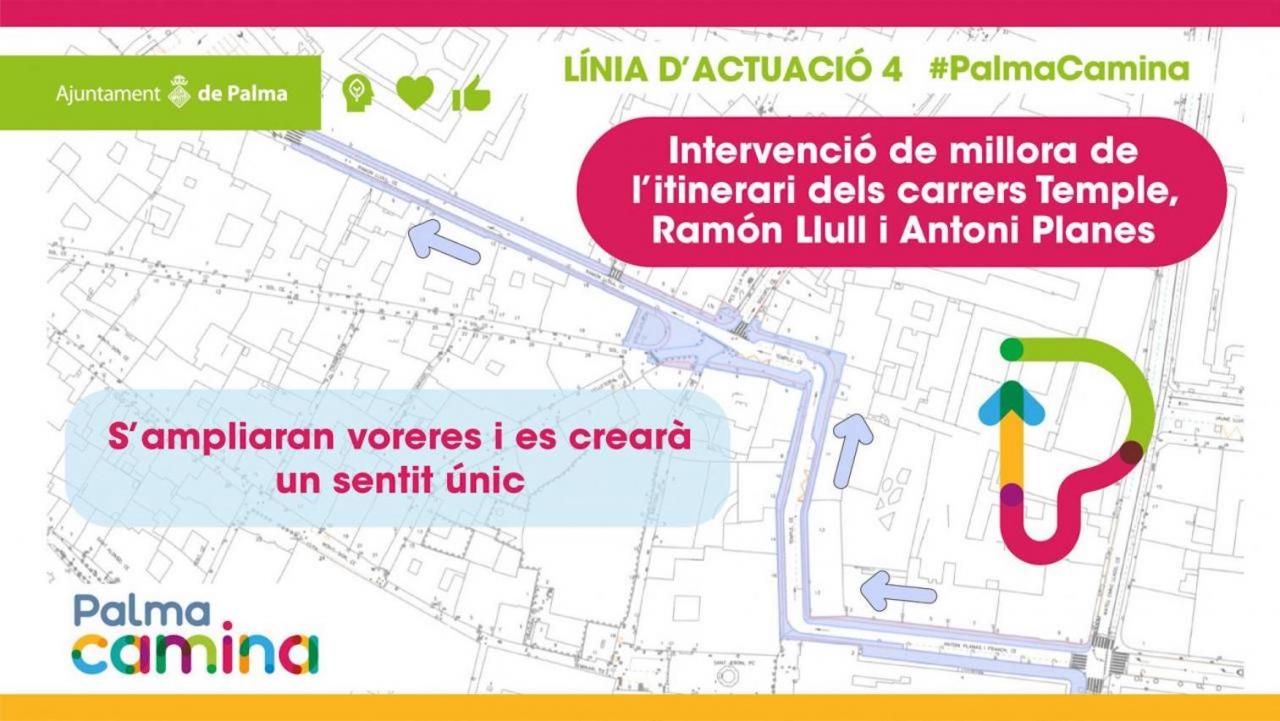 Intervention and improvements will also be made in Carrer del Temple, Carrer de Ramon Llull and Carrer d’Antoni Planes i Franch.

Pavements will be widened and a single direction of entry created between Carrer de Mateu Enric Lladó and Plaça de San Francesc.

The current direction of the section of Carrer del Socors, between Carrer de Ramón Llull and Carrer de Fra Cuñado will be reversed. 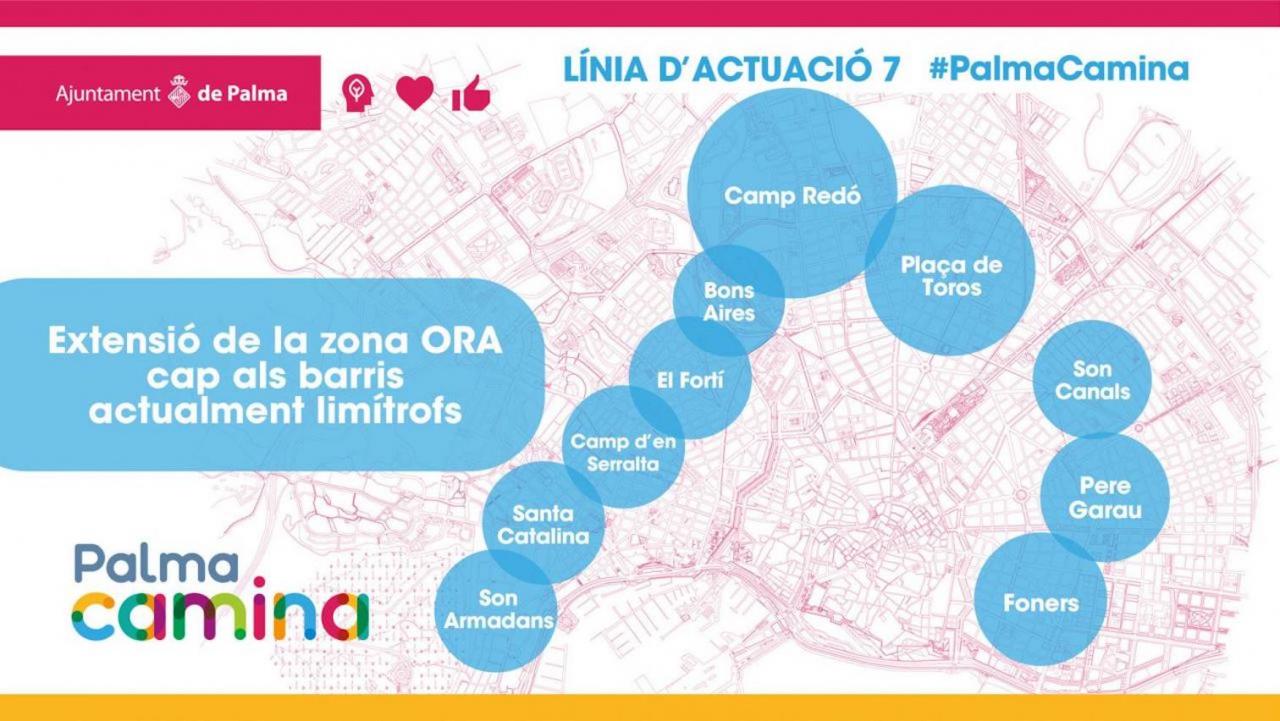 ORA in Carrer Carles I will be expanded and improvements will be made to areas surrounding the UIB headquarters, IES Joan Alcover and IES Ramon Llull.

A new bike path will connect Carrer Jesús with Paseo Mallorca and the environment will be improved through tactical urban planning at educational centres to gain space for pedestrians. Surface parking spaces will be relocated. 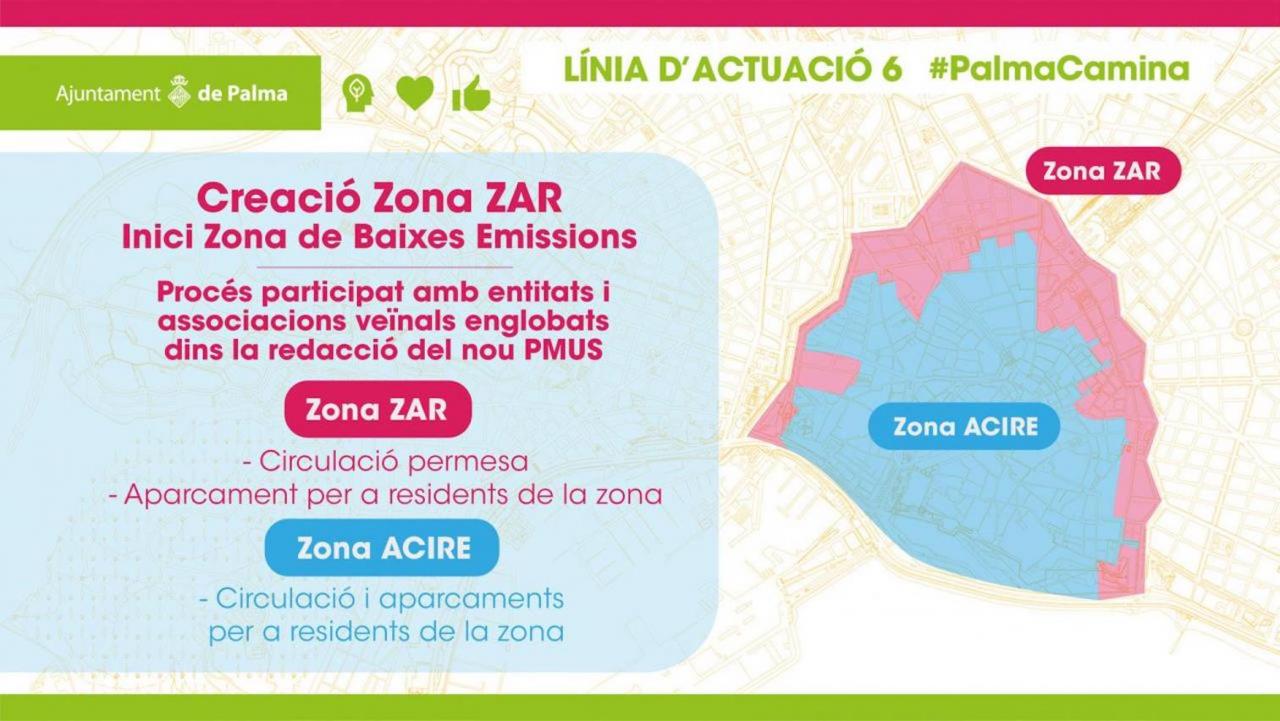 A new Low Emission Zone is being created in Palma, which goes hand in hand with the drafting of the new Sustainable Urban Mobility Plan, 2,021-2,027, which was awarded on Wednesday and will be drafted in the next 6 months.

The current ORA zone in the inner ring of the Avenidas towards the centre will be converted into a ZAR zone, where only residents and authorised vehicles will be allowed to park. Shops and restaurants in the area will be offered SMAP car park tickets for their customers.