The tourist season in Mallorca has been better than expected, and the statistics for hotel occupancy and profitability show that the Tourism Sector is on the road to recovery, but there's still a long way to go. 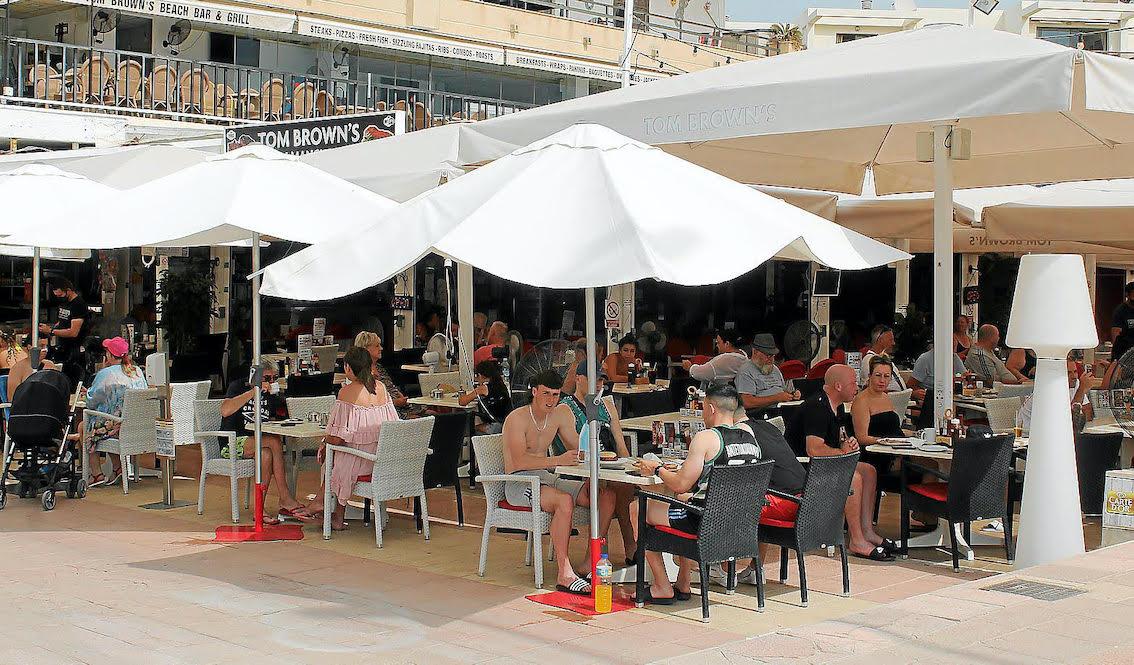 The tourist season in Mallorca differed by area, according to the Hotel Association Presidents, it was better than anticipated in some places, but not so good in others.

"First of all, we must remember that more than 10% of hotels have not opened their doors this season. It has been better than last year, but it has fallen far short of previous ones," said Jaume Horrach, Hotel Association President of Alcúdia and Can Picafort. Many hotels opened in late June, but July was the busiest month. Germany deemed the Balearic Islands a risk zone at the end of July and that decision affected August reservations. At the moment, September is a weak month and 3 weeks ago we suspected that we would have to close, but now we know that we can stay open, even although occupation is not so good. It would be reckles to predict what October and November will be like, but everything suggests that a massive number of hotels will close. The German tour operator Tui has already said it’s concentrating its efforts on next season,” he adds. "I am convinced that 2022 will be a much better year. I don't think we will reach the levels of 2019, but it will be a year marked by a clear recovery. My forecast for 2022 is to open in February and not close until the end of October.”

"Some hotels didn’t open at all, the vast majority didn’t start operating until late June or early July and a few have already closed their doors. Within the Association, there are three different areas: Cala Bona, Cala Millor and Sa Coma,” said Batle, who ruled out extending the season until November. "In June, occupancy was around 50%, in general, July was a good month with occupation at around 80%. When Germany decreed that the Balearic Islands a risk zone, there were cancellations and it’s impossible to know how September will turn out. Last minute bookings proliferate, which can change the situation in a few days and with children returning to school there is also a change in the type of customers."

Circumstances have forced hoteliers to expand their emitting markets and this season there’s been a substantial increase in the number of French tourists, but a drastic drop in Nordic customers.

"Hotels that usually cater for German customers have done better than those catering for British tourists,” said Batle who pointed out that hoteliers have not received a single non-refundable grant.

"Despite the pandemic, the season has been acceptable and it's clearly been much better than last year,” explains Agrotourism Association President, Miquel Artigue. “July was good and August a little less so, but we can't determine how September will turn out because last-minute bookings proliferate. We’ll try to stay open until the first week of November, at least and trust that 2022 will be a year of total recovery and that things will get back to normal.”

"It's not been a great season,” says Capdepera-Cala Rajada Hotel Association President, Joan Ferrer. “Occupancy has been 40%-50% and mainly Germans. August was worse than July and September doesn’t look good, but there are a lot of last minute bookings, so it is very difficult to know what will happen. Most hotels are scheduled to close at the end of October, but it will depend on the evolution of the market in the coming weeks," he adds. "The trend for 2022 is good and we believe that next year's season will be better than this current one. It’s impossible to make predictions, but it will not be a normal year.”

“This season was a roller coaster but much better than the previous year,” says Hotel Association of Playa de Palma Hotel Association President, Isabel Vidal. “91% of hotels are open and there have been no early closures. A few hotels opened at Easter and from May onwards openings were constant, but occupation has been very diverse. In July, it reached an average of 65.5% and in the first two weeks of August it varied from 55%-78.59%. Forecasts for September don’t look very good. In a normal year, occupancy is around 80%, but it is clear that we will be a long way from that this year. We don’t believe that the season can be extended and in principle, the vast majority of establishments will close in late September or mid-October. I would like next year's season to be absolutely normal, but we have learned over the last year and a half that we must take everything day by day.”

Cala d’Or Hotel Association President, Juan Francisco Rigo, says occupancy was 60% in July and that August will close at around 65%.

"The start of the season was very uncertain with limited reservations. The first establishment opened its doors on March 20; by April 15% of hotels were up and running and in July, 90% of hotels were operational. Occupancy was around 60% in July and 65% in August, but September doesn’t look good and I don't think the season can be extended so it would be a great success if we could reach October with all the hotels open. We expect 2022 to be much better.”

"This season has not gone beyond regular,” says Santa Ponsa Hotel Association President, Antoni Roses. “85% of customers in the area are British and it can take years to enter alternative markets. British tourism has predominated in Santa Ponsa since the 1970s. Eight establishments have not opened their doors, so only 20 have been operating. The season began in mid-June and occupancy in July and August was 50%-60%. It’s difficult to know what will happen in September, but reservations are below 30%. Bookings are likely to increase in the coming days and we are expecting a great season next year, providing Covid is under control.”

“Holding on and surviving is the goal this season,” says Playa de Muro Hotel Association President, Pepe Luna. “We had an occupancy rate of 50%-60% in July and August, but it has decreased in the last fortnight. Not losing money is a priority. There has been a price war, but in general we have not been involved in that,” he adds. "Hotels opened at the end of June, with one exception in Playa de Muro. “2022 will be a great season, business will be booming.”