Spotlight North: Cala San Vicente and the lady from the Niu

Some years ago, 2009, I wrote a sketch of Cala San Vicente | MDB files

The September 6, 1913 edition of the Mallorcan newspaper La Almudaina contained an article entitled ‘Illustrious painters, today’s guests in Mallorca’. The article was subtitled ‘The Mecca for artists’.

The writer of the article was Pedro Ferrer Gibert. Three years later, it was he who was to coin the term ‘the Pollensa School’, something which didn’t physically exist but which was founded as an artistic movement around the time that the article appeared in La Almudaina. (1914 is usually taken as the starting-point.)

Ferrer had taken himself off to Cala San Vicente and to the improvised Can Niu pension that was home to several of these guests. He was accompanied by two painters - Antoni Gelabert and José Singala - and by a photographer, Guillem Bestard. There is a photo of these painters, fifteen of them in all. They are all smartly dressed.

Had they put on their best bib ‘n’ tucker for Bestard’s photo in the newspaper? Quite possibly they had.

Bestard was as brilliant an artist as the painters. His art was through the medium of the camera, not the canvas, and his legacy was to be an unrivalled photographic archive that documented Pollensa and not only Pollensa. Pre-eminent in his field, it was to have been expected that this man of Pollensa would have been photographing the painters. He was, in any event, a great friend of many of them.

There are a number of photos of the painters, many of them in a Cala San Vicente setting. There are also scenes of Cala San Vicente, such as Cala Barques, which was where Can Niu was located. Improvised pension it was, as it was someone’s house.

Teresa Fuster Cerdà has passed away. The funeral was on Monday. She was 88. Seventy years before, and only 18, she took charge of what had been the family home and was by then the Hotel Niu. She had spent her holidays learning the hotel craft, and when she came to actually run it, she borrowed ideas of a French style. The parties at the Hotel Niu were of such renown that even guests from the Hotel Formentor would attend. 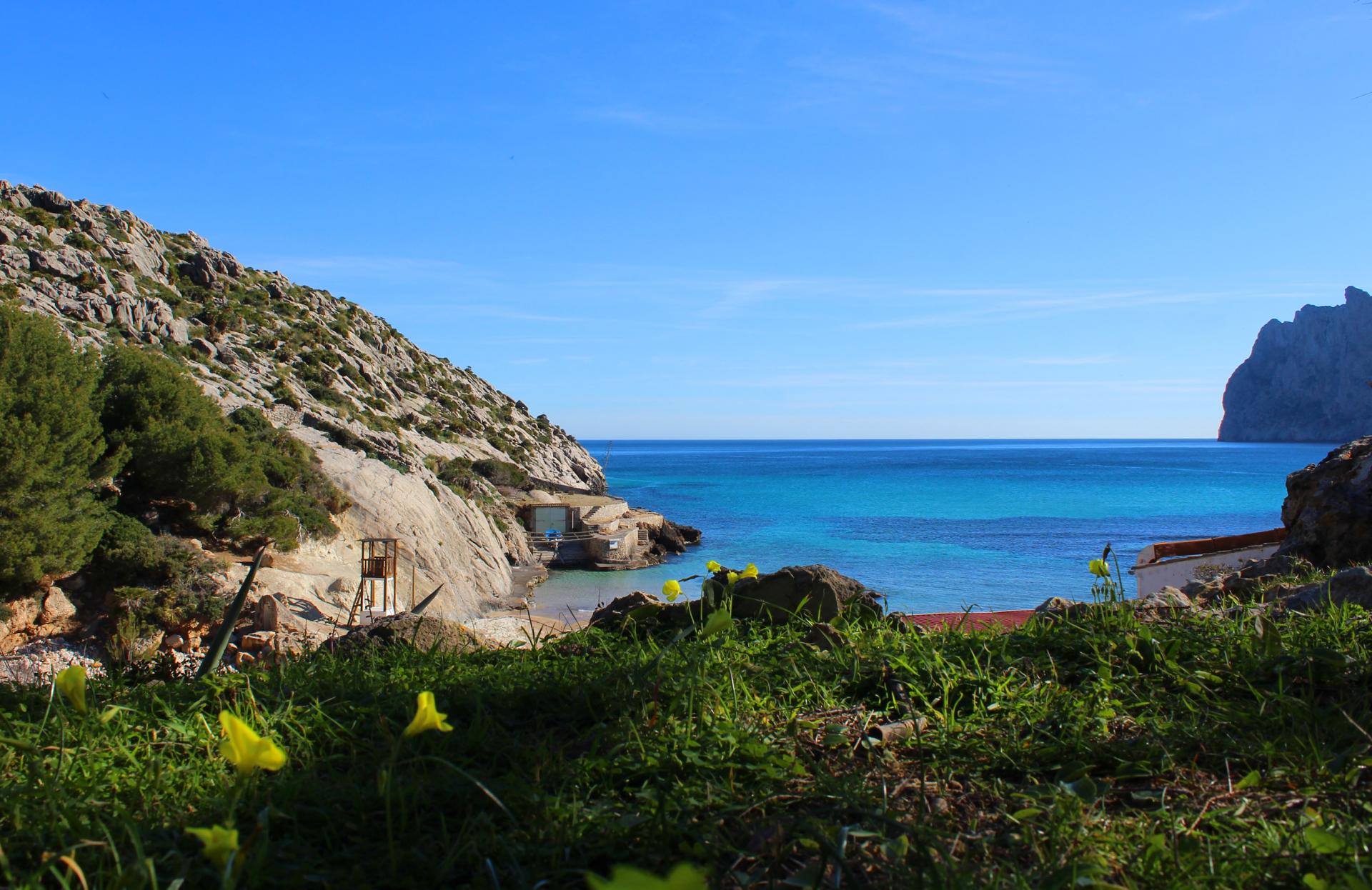 Some years ago, 2009, I wrote a sketch of Cala San Vicente, the thrust of which was that it had become a place that didn’t make sense. I partly had in mind the examples of contemporary residential architecture that seemed so out of place, but there was also, for example “a disconnect between the garden-ornamentalism and old-world elegance of La Moraleja and the on-top-of-each-other contrast between the homely manners of the Niu and the kid-splashing, kid-noisy Don Pedro just over the fence”.

By 2009, Teresa was no longer in charge. She was still the owner, but she had rented the hotel out. Her mark was still firmly stamped on the establishment, however. There had been a swish makeover of the reception, but the atmosphere and ethos hadn’t altered. Homely manners indeed. The friendliness could be felt even before you walked through the door.

What I hadn’t realised was just how much Teresa had come to feel that La Cala had ceased to make sense. Perhaps I should have done. The Don Pedro was right next door and perched on rocks.

It is said of her that she once marched into the ministry of tourism in Palma and demanded to see the minister. She was advised that she would need to make an appointment. Not to worry, she would wait. Besides, when you work in tourism, hours don’t matter. The minister was informed of her presence, and she was ushered in.

She told the minister that hoteliers were so wrong in turning Mallorca into a cheap destination. A mistake was being made that would mean an end to the type of tourist she loved. Guests at the Niu were loyal and were accustomed to a style that was disappearing. She didn’t care for a world in which tourists were not repeat visitors; tourists who would stay a few days without changing their clothes or dining out.

With her passing goes a continuity with the days of Bestard, the painters and the original pension. History in Cala San Vicente has been broken.

Robert Masterton | about 1 year ago

As a Scot who has visited the North of the Island I would like to thank Andrew for his informative articles. The reason the painters came to La Cala and why Bestard took the photographs there is that the magnificent backdrop of the Caval Bernat and the beauty of the four calas speaks to the soul, something that no building no matter how gruesome can take away. It is also worth mentioning that the local council have recently done a great job of renovating the roads & pavements at the calas, the Don Pedro has had an improved all white makeover removing the hideous railings, the Hotel Molins has just had a full makeover and the new 5 star El Vicenc hotel will open next year. All of which I believe Teresa would have been pleased about.