All aboard the hopeful plane

A flood of flights was one headline referring to the programming of airline seats for Spain’s airports this winter - a period defined as end-October to end-March. In all, as the airports authority Aena reported, 108.8 million seats have been programmed. These are 4.2% more than the same period in 2019.

First thing. One cannot or should not refer to the period 2019. It was 2019-2020, but 2019 the reporting was, which led, for example, to a reminder that activity was very low over the last two weeks of March 2019. These last two weeks were of course March 2020, the state of alarm having come into effect on March 14.

Having cleared this up, it was correct to say that the state of alarm influenced flight figures for the 2019-2020 winter season. But that influence was not exerted on programmed seats - not those which had been programmed on October 23, 2019. The point is that 113.2 million seats had been programmed; an Aena press release of that date stated this. Rather than more seats for this winter, there are in fact fewer - 4.4 million fewer.

It could be that the 4.2% more made a comparison with the number of seats that were, in the end, made available. Just because seats are programmed, it doesn’t follow that they are available. Flights, and therefore seats, can be pulled for all sorts of reasons. And it this which needs to be borne in mind when learning that there are floods of flights with very optimistic forecasts.

Aena highlights lingering Covid uncertainty, but another factor to take into account is that airlines will be programming as much as they can in an attempt to haul back some of their massive losses. Airlines are being optimistic, but then one can say that of all winter seasons. Seat programming is very different to seat sales - 108.8 million seats don’t mean 108.8 million passengers.

One has to assume that an adjustment to seat programming during the 2019-2020 season brought about a lower figure. In this regard, the pandemic was largely immaterial, given the advance nature of programming. If this assumption is correct, it goes to prove that one cannot take figures provided in late October as being definitive. This has always been so; it is not a Covid thing.

But more important is what results from this programming. It was absolutely the case that the state of alarm affected March 2020’s figures. For Palma, there were 517,154 passengers in that month, a decrease from 1,301,515 in March 2019. As it was, for the winter period of November to March 2019-2020, Palma had 4,210,331 passengers. If one adds those lost from March 2019, one arrives at a figure just below five million. On the basis of 6.4 million scheduled seats, the actual number of passengers would have been around 78%.

The 4.2 million passengers were arrivals and departures, national and international. From Balearic tourism ministry figures, the number of arrivals over the five months was 2,060,329. And of these, 873,811 were international arrivals. Of the programmed number of seats, as reported in October 2019, 13.7% were arrivals from foreign airports. In terms of tourism, a rule of thumb of 80% of travellers being tourists gives 700,000.

Over the course of a good whole year, let’s take 2019, Mallorca can expect 10.3 million foreign tourists. Something in the region of seven per cent during the low months is about right, as the months of November to March historically bring in 15 to 16 per cent of all the year’s tourists - the other eight or nine per cent are Spanish. 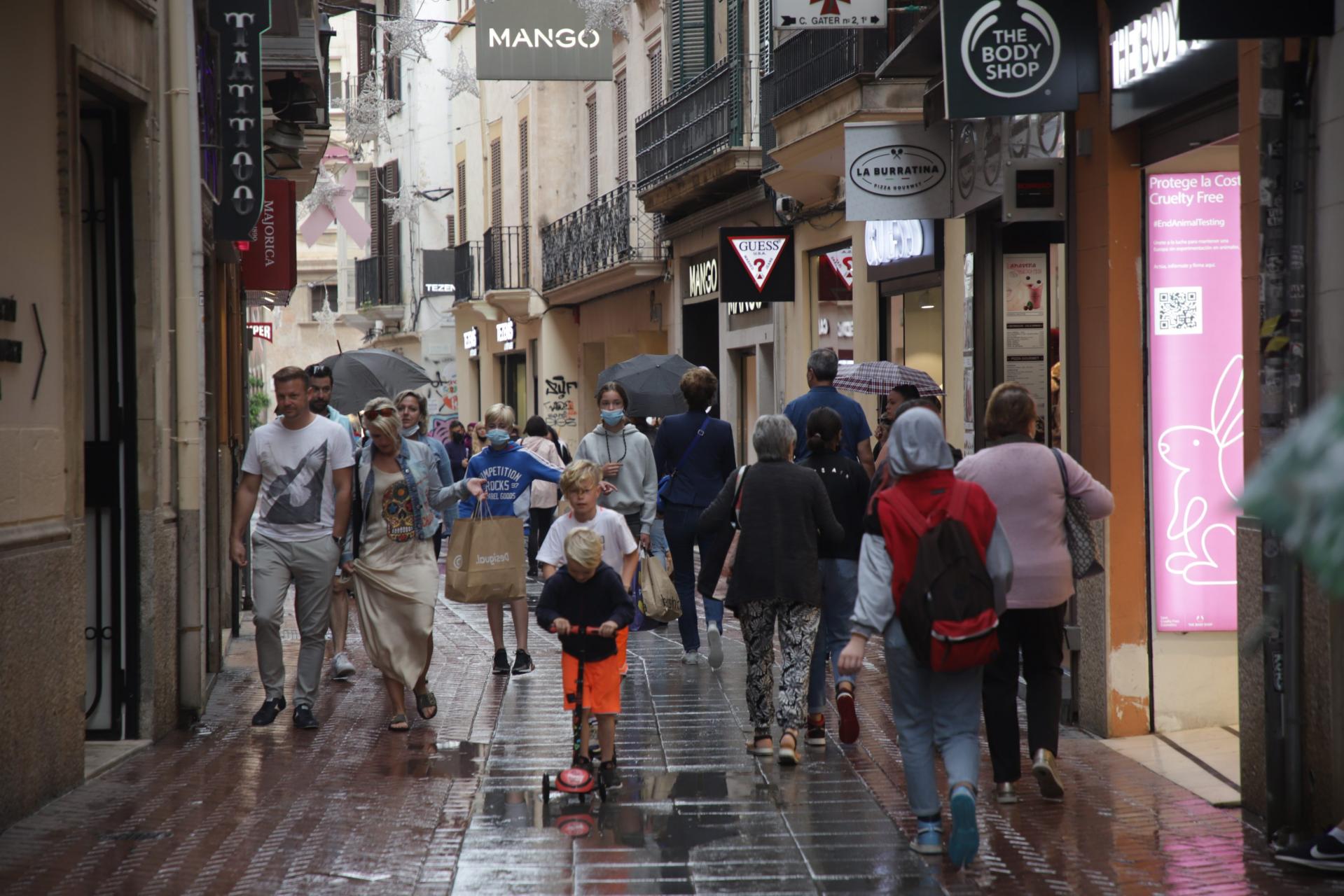 Headlines and reports need interpreting. Positive figures regarding scheduled seats are a long way from meaning that there is about to be a winter tourism bounce.

Booked out for All Saints ... in the Canaries

For all airports in the Canaries, Aena says that 25.6 million seats have been programmed for the winter, with Gran Canaria and Tenerife South leading the way on 7.8 million and 6.4 million respectively. Compared with the three Balearic airports, the 25.6 million are just under three times as many (8.87 million in the Balearics).

Winter in the Canaries is high season, and the holiday for All Saints provides an indication of how the situations in the Canaries and the Balearics differ. From the Canaries comes news that hotels “are running out of beds”. Looking ahead to the Christmas period, the hoteliers are anticipating pretty much full occupancy, with the caveat that they can never be entirely certain that there won’t be renewed Covid restrictions.

In Mallorca, as has previously been reported, 70% of hotels will have closed. Don’t be surprised if this percentage is higher. Hotels which are open can probably expect decent occupancy for the holiday, but in the Canaries the difference lies in the fact that more or less all hotels are open, with hotel companies taking staff off ERTE furlough.

On the Costa del Sol, meanwhile, forecasts are for 62% occupancy for All Saints. Although tourism is recovering, this is around 20% lower than in 2019. Unlike national tourists, the British wouldn’t go to the Costa del Sol for All Saints, but the region’s tourism industry would nevertheless hope for rather better at this time of the year than what they are getting.

Those parts of the Costa del Sol that are overwhelmingly Spanish are looking at occupancy of as much as 97%. In Fuengirola, a British stronghold, it is only 32%.
The Boris effect of the PM having gone on holiday to the Costa del Sol is yet to materialise.