Staff at Son Espases are under pressure with the 6th wave of Covid infections. | M. À. Cañellas

The sharp increase of infections along with other pathologies is putting hospitals under pressure. The nursing union SATSE denounced yesterday the situation in the emergency room of the Hospital de Son Espases, where there were up to 52 patients pending admission. "This is a very high figure," warned the union's delegate at the hospital, Erlina Vijande.

As for the profile of the patients arriving at the ER, she indicated that not all are infected and that there are those with all kinds of pathologies, although she acknowledged that there is an increase in the number of positive cases, "although not all require hospital admission". She explained that the average number of people coming to the Emergency Department of the Hospital is 500 per day in the last few days, "when it is usual for between 300 and 400 to come in". 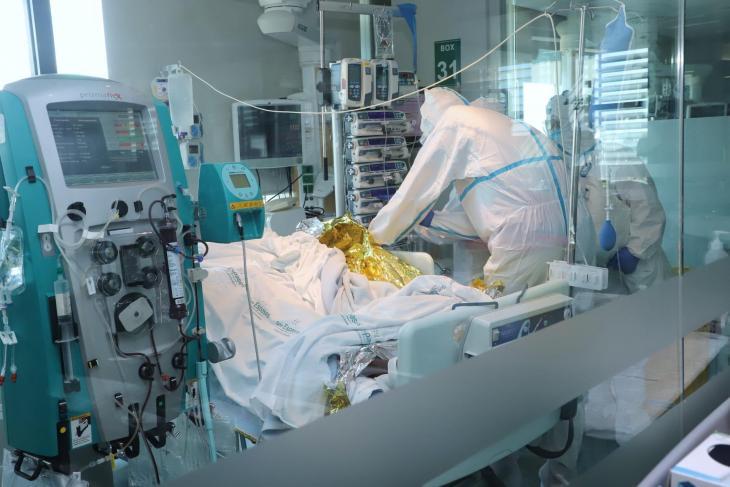 In her opinion, the situation "does not seem to be improving" and she regretted that some patients "have spent more than a day in a hospital bed". She also explained that stretchers and armchairs had been set up in the corridors while waiting for beds to become available. She added that not all the patients who were waiting required hospitalization, but some had to stay a few hours waiting for the treatment they had undergone to take effect.

This increase in the number of patients translates, according to SATSE, into "exhaustion" of the nurses. "They are exhausted and the problem is that the supply of nurses is empty," said Vijande, who said that "I had never seen them with such fatigue as today - yesterday." "We are in the middle of the sixth wave of Covid-19 and measures must be taken to address this situation," she concluded.

The government spent a million euros on Christmas lights, did it not? Why didn’t they spend that on emergency room beds and hiring more healthcare workers?

So if you have covid symptoms, you go to the same emergencies department as people with other issues? After everything we’ve been through in the past 2 years??!? You’d think by now there would be separate entrances and dedicated wards/beds; not lumping everyone in together as this piece implies. What percentage of this exhausting overflow are there with covid symptoms? And we’re t they expecting a respiratory illness season this winter? Why didn’t they hire more staff and set up more beds? And why isn’t there a covid emergencies unit yet??