COVID-19 vaccine, One Year On

On December 27, 2020, the COVID-19 vaccination campaign began. Avelina Serrano, a 94-year-old resident of the Oms-Sant Miquel nursing home in Palma, was the first to be inoculated in the Balearic Islands.

Now, almost a year later, there are 948,492 people vaccinated with the first dose and 919,764 already have the double vaccine, or in other words, 88.8% of the population over 5 years of age in the Islands has received at least one jab. Is this enough? Eugenia Carandell, coordinator of the vaccination campaign in the Balearic Islands, confesses that the figures are not bad, "but better 90% of the vaccinated population than 85%, and even better 95% than 90%. This virus does not lower the guard, much less we must do it", she points out.

The vaccination campaign in the Islands has been marked by a somewhat uneven pace. It started off in good shape and gradually began to fade. July 6 was the day when most doses were injected, almost 18,000, while November was a bad month in the vaccination centers; for example, last November 14 only a little more than 100 doses were administered, although everything changed with the COVID passport. Since the announcement of its obligatory use in catering establishments, the average number of daily inoculations increased by 48.82 percent in one month. 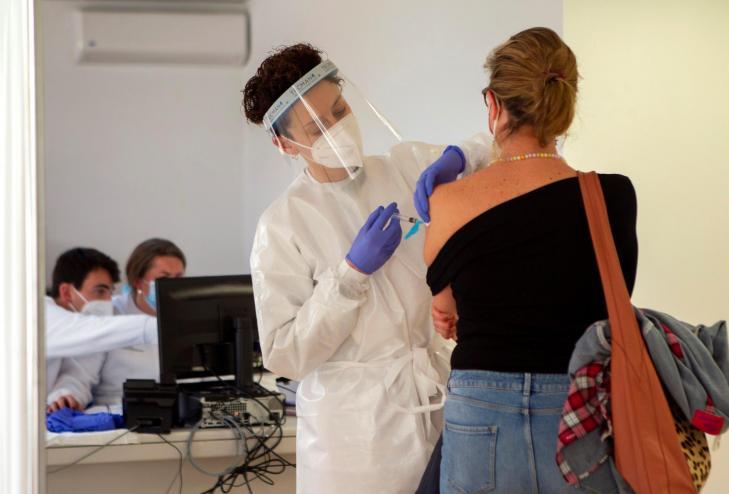 During this 2021, the population has been able to get vaccinated in up to 67 points of the Islands -51 in Mallorca, 8 in Eivissa, 7 in Menorca and 1 in Formentera-, but Carandell points out that they have been working for several months so that the injection campaign of the third dose does not affect the normal activity of health centres or municipal infrastructures, as has happened, for example, with the Germans Escalas sports centre, so new vaccination spaces are being sought for the new year.

In addition, Eugenia Carandell confirms that one of the great challenges for the new year is to convince the population that has not been vaccinated of the benefits of immunisation: "There are people who have not prioritised vaccination due to lack of time; others are not anti-vaccine, they are simply afraid of a new vaccine, and will be inoculated during these months; while there are others who refuse outright". In this sense, the coordinator of the vaccination campaign specifies that the message will be very clear: "Getting vaccinated is a personal good, since it reduces transmission and the effects on third parties, therefore, it is also a social good", she adds.