Pollensa - the story of cinemas and now concert halls

Different needs and different purposes, but would Pollensa require them all?

The purchase and restoration of the old cinema have not gone smoothly. | ELENA BALLESTERO¶

For a good part of the last century, running a cinema in Mallorca was a complicated business, and Mallorca wasn’t unique in this regard. Cinemas in Spain were popular with the general public, but they were not popular with the Catholic Church. From the very earliest days of the cinema, the church took the view that it could mean only one thing - immorality.

Cinema proprietors therefore had to be aware of the power of the church and its influence over regimes of the day. In Palma, a cinema had been established in 1908 by, believe it or not, the Circle of Catholic Workers of Palma. It was in existence until 1923. The first dictator, Miguel Primo de Rivera, was by now in charge. A month after his coup in September 1923, the Catholic Workers cinema was shut down by the civil administration.

Technical reasons were cited, those to do with the building. Or so the explanation went.
Difficult though life could be, the first real cinema in Mallorca was created in 1913: not in Palma but in Llucmajor - the Cinema Recreatiu. This had developed from what was a café inspired by billiards and “fashionable games in American lands”, as a chronicler from the clergy put it. Other cinemas were to crop up - Palma eventually had any number of them - and a curious dual system of cinema-owning also appeared. There were the cinemas like the Recreatiu and there were those which were the descendants of the Catholic Workers cinema - the parish cinemas. 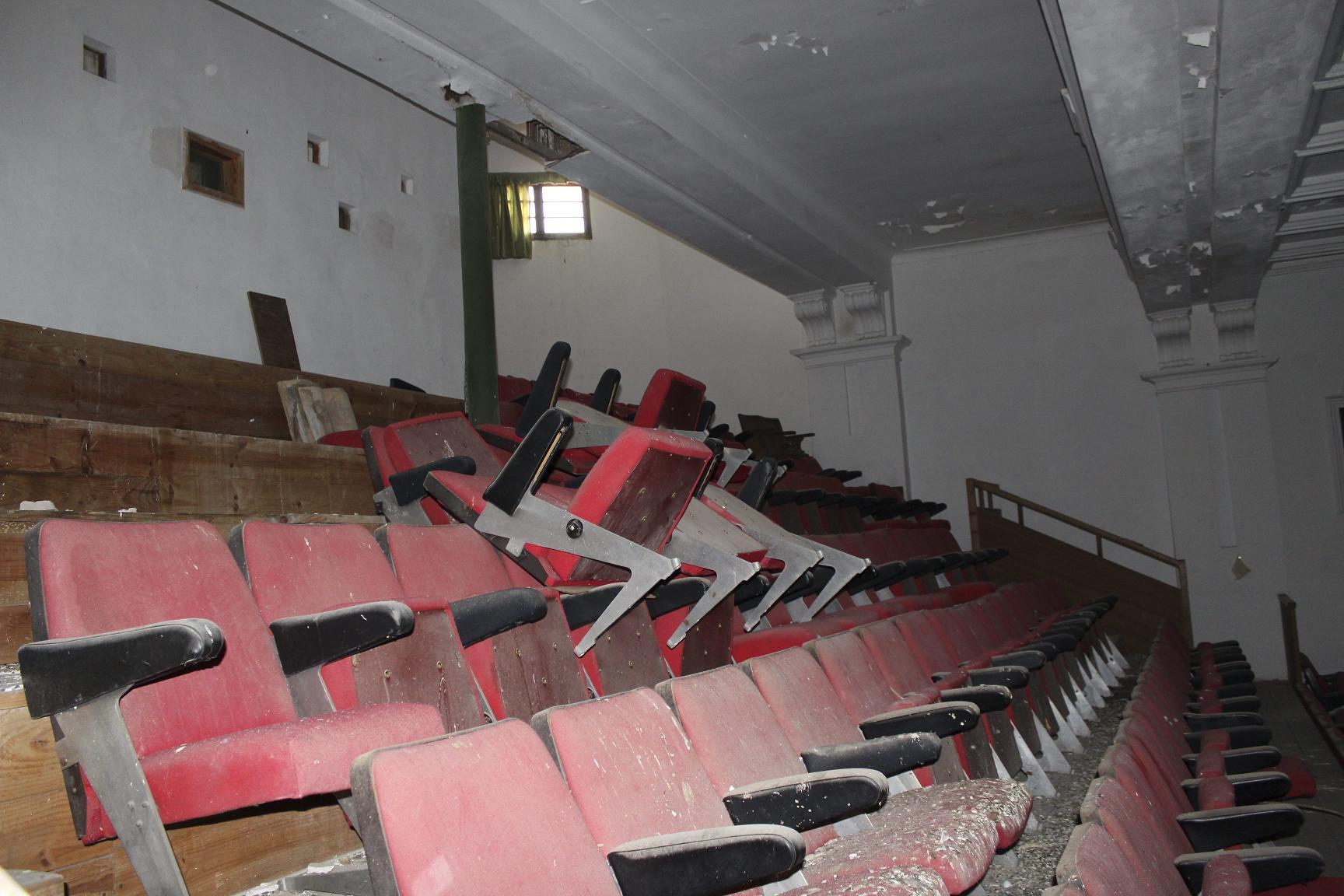 The role of the latter was essentially educational. Competitively, the intention was to try and ensure that young people were dissuaded from going to other cinemas, where all manner of immorality and perversion was on show. After Franco became dictator, the parish cinemas, as you can imagine, acquired some greater impetus, while the parishes also came to realise that these cinemas were a good source of revenue. One of these parish cinemas, the Cine Col-legi, was in Pollensa.

It existed from 1934 to 1956. Where it was, I don’t know. Perhaps someone does. This wasn’t the first place to show films in Pollensa. In 1908, at the time that the Catholic Workers in Palma were founding their cinema, the one-time Teatre Principal brought movies to the village. As to a dedicated cinema, like the Recreatiu, the first came along in 1927 - El Saló Modern, owned by one Rafel Sergent, which was on the C. Alcudia, leading to the Plaça Major.

Also close to the Plaça Major was to be the Cine Capitol - is the Cine Capitol. It was built in 1944 by Guillem Cifre Seguí. Three years later, a cinema businessman, Rafel Salas Vilanova, bought it. For a time in the 1950s there were some five venues showing films in Pollensa. Those were the golden years when the cinema was at its peak, before television from 1956 began to make inroads.

Rafel had built up a network of cinemas in Mallorca, and in 1955 he was to have his issues with the parish cinema in Pollensa. The provincial delegation of the FET y de las JONS - Falange Española Tradicionalista y de las Juntas de Ofensiva Nacional Sindicalista - the sole legal party in Spain, was required to become involved when Rafel denounced the Cine Col-legi for apparently screening “premiere” movies.

The point was that, nice earner though the parish cinemas were (in theory just through donations rather than admission price), they were meant to stick to the educational remit. The premiere films that were being shown were like box-office hits of the day. And Rafel’s box office was supposed to benefit, not the parish’s. Besides, what about the potential immorality and perversion - in a parish cinema!? 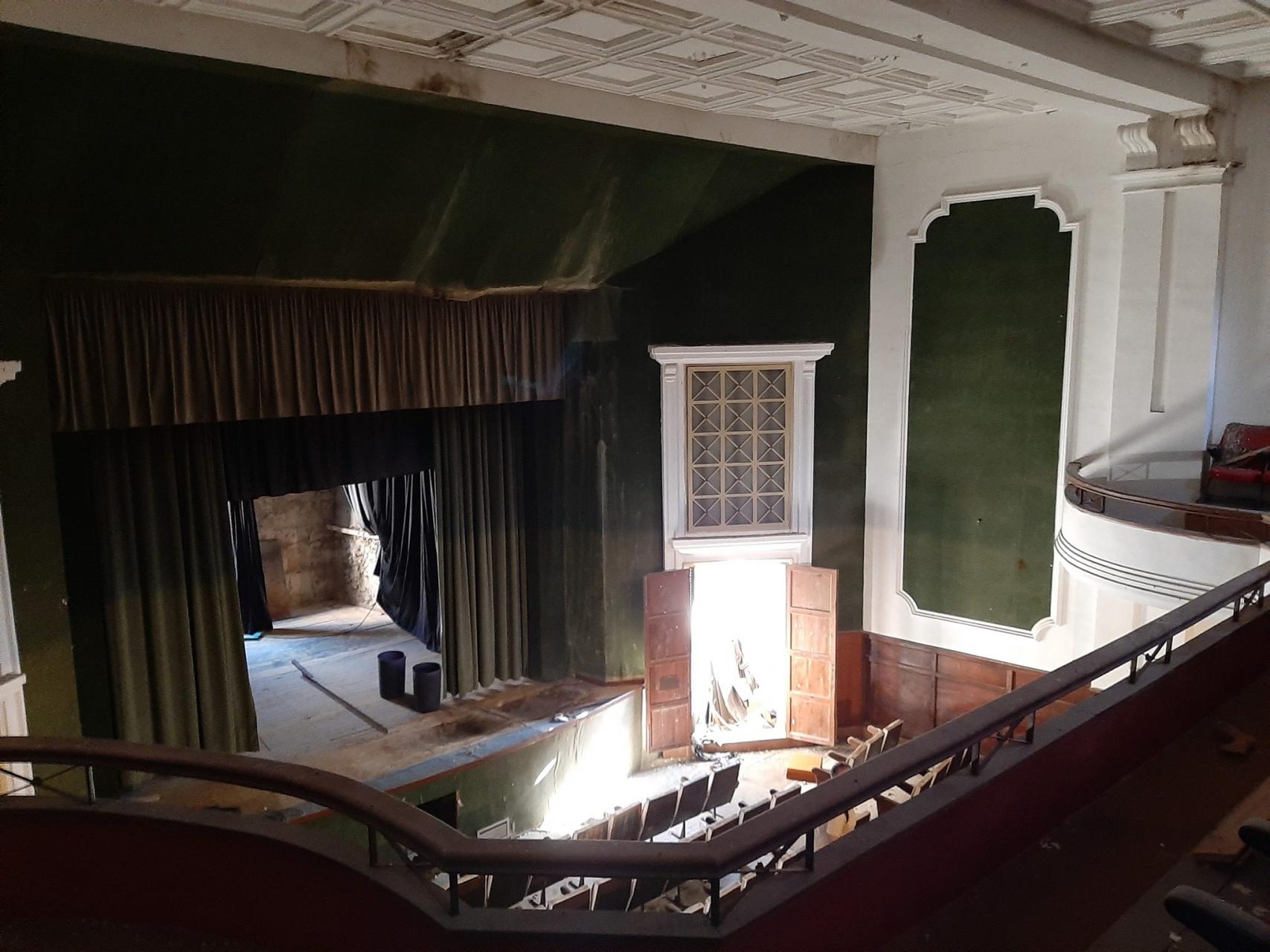 The authorities, moreover, were beginning to take a dim view of the conditions of these parish cinemas. By now, there were rules for public performances - minimum health and safety requirements, for example. The civil administration in Mallorca started to close them down. The curious story of the dual cinema system took an even odder twist. There were some violent scenes as the security forces clashed with rectors and parishioners defending their cinemas.

This was all pretty good news for Rafel. So when he made his complaint, the FET was minded to side with him. And did. The Cine Col-legi closed the following year. It was to carry on as an open-air cinema in summer, but any competitive threat to the Cine Capitol had been eliminated. In 1956, Rafel’s son, Rafel Salas Llompart, took on the business, expanded it further and to the point that it was the largest cinema company in the Balearics. 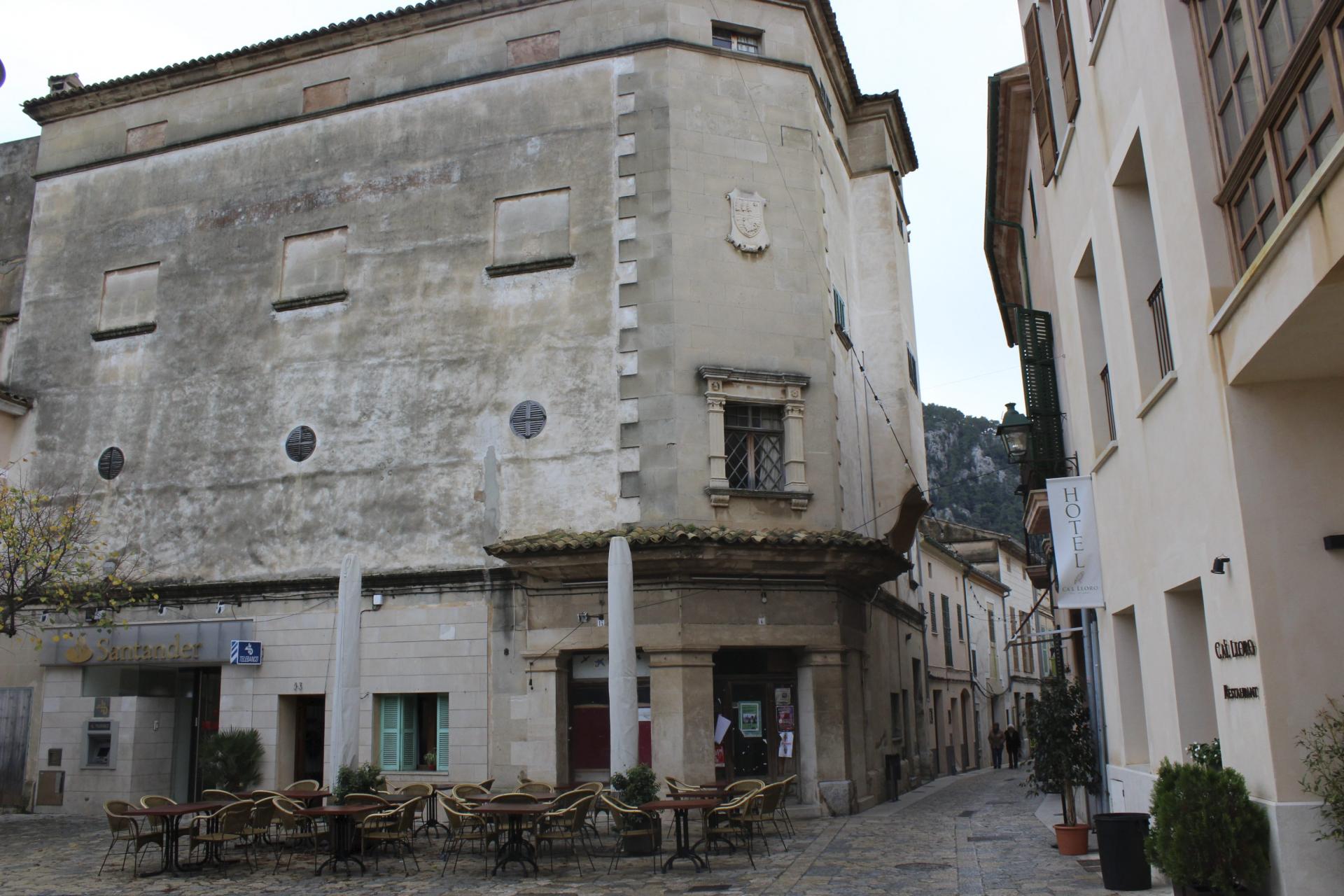 In 2015, Pollensa town hall acquired the cinema for 850,000 euros. This wasn’t the whole property as there is a ground floor commercial unit and dwelling as well. The Salas family continued to own these. Tomeu Cifre was mayor at the time: “The aim is to transform the old cinema into a new cultural facility under public management to be the nerve centre of the village and to stage a significant number of cultural activities - theatre, cinema, music.”
The Cine Capitol had some 460 seats and a usable area of 230 square metres. Alterations would allow it to become a hall to complement the Sant Domingo cloister. Concerts in the open-air were fine, but not in winter. A dedicated venue was needed.

The purchase and restoration of the old cinema have not gone smoothly since then. In 2017, the anti-corruption prosecutor took an interest in the amount that had been paid. Was it higher than the real value? This matter was parked, and then negotiations started regarding the purchase of the ground floor. In April 2019, the town hall, then under Junts Avançam as opposed to Tomeu Cifre’s Tots (formerly Partido Popular where Tomeu was concerned), accepted that the family was reluctant to part with this. Could part of it be acquired then?

Meanwhile, the administration was finalising procedures for calling a tender for ideas as to how to restore the building. Now, and almost three years later, the town hall has announced a tender - 100,000 euros - for the project to allow work to start, excluding the ground floor. If all goes to plan, which would be unusual for the cinema’s recent history, the work could begin in three to four months time.

In principle, and despite the time it has taken, this is a good project. A building of some heritage interest will be restored, and it will be put to useful purpose. However, along the way since 2015 a question has been raised as to the size of a stage. Will it be able to accommodate an orchestra? Seemingly not. Or at least this is what has been said. Yet a purpose is to complement Sant Domingo, where orchestras can be accommodated.

And so we come to what was a coincidental announcement in 2015, one which, at the time, would have gone pretty much ignored. With hindsight, though, it was more important than had seemed. The town hall said that as well as the purchase of the cinema, it would be acquiring three plots of land. One of these was for the modest sum of 23,000 euros. It was for land bordering Ca n’Escarritxo, the old football ground, and would allow permanent access to the ground, which the town hall didn’t actually own.

A few weeks ago, you will probably recall, the town hall held a day at Ca n’Escarritxo. It still doesn’t own it, but intends to. With this intention in mind, but without seemingly having a set idea as to what it will do with Ca n’Escarritxo, citizens were invited to come up with suggestions. A leading one was for a municipal indoor concert hall, a good option as there isn’t one. Concerts, with audiences of a decent size and with some regularity, have to be held outdoors at the cloister.

Indeed they do, but wasn’t that part of the thinking for acquiring Cine Capitol? The old cinema, moreover, is meant to be - Tomeu Cifre’s words - a nerve centre, something which Ca n’Escarritxo, given the location, cannot be.

So the prospect exists of two places to complement Sant Domingo, because the same justification has been made for both of them. All this and not forgetting that the Club Pollença can act as a venue, while there is also Colonya Bank’s planned restoration of the old Can Morató textile factory. Isn’t this due to have some sort of cultural space?

From relative famine to relative feast, Pollensa could become blessed by the presence of several venues. Reminiscent of the golden years of the cinema in the fifties before it became apparent that five cinemas were rather too many. Different times of course. Different needs and different purposes, but would Pollensa require them all?