Roman Abramovich is the owner of Chelsea soccer club

The two billionaires plus Oleg Deripaska and four other Russian oligarchs are the most high-profile businessmen to be added to the British sanctions list since Russia's invasion of Ukraine and follows criticism that Britain has been acting too slowly.

The action puts on ice Abramovich's plans to sell the Premier League club, effectively putting the current European champions under government control. The team can carry on playing, the sports minister said.

"There can be no safe havens for those who have supported Putin's vicious assault on Ukraine," British Prime Minister Boris Johnson said.
"We will be ruthless in pursuing those who enable the killing of civilians, destruction of hospitals and illegal occupation of sovereign allies."

There had been loud calls from British lawmakers for action to be taken against Abramovich and other Russian oligarchs, with criticism that Johnson's government was not moving fast enough compared to the European Union and the United States.

Sechin, who Britain described as Putin's right hand man, was already on the U.S. and EU sanctions lists and last week French authorities seized his yacht.

Since the invasion of Ukraine, which Moscow describes as a 'special military operation', Britain has imposed sanctions on about 20 Russian-linked figures. The EU announced fresh sanctions on Wednesday against 14 more oligarchs, meaning its restrictions apply to 862 people and 53 entities.

The others added to the British list were Deripaska, who has stakes in En+ Group, Dmitri Lebedev, chairman of Bank Rossiya, Alexei Miller, the chief executive of energy company Gazprom, and Nikolai Tokarev, the president of the Russia state-owned pipeline company Transneft.

In total Britain said the seven figures, who with the exception of Abramovich had previously been sanctioned by the U.S. or the EU, had a collective net worth of 15 billion pounds. ($19.74 billion).

Thursday's action means Abramovich is banned from carrying out transactions with any British individuals and businesses, and cannot enter or stay in Britain. His spokeswoman declined immediate comment.

The 55-year-old, who has Israeli and Portuguese citizenship, became one of Russia's most powerful businessmen by earning fabulous fortunes after the 1991 break-up of the Soviet Union. Forbes has put his net worth at $13.3 billion.

He bought Chelsea in 2003 for a reported 140 million pounds and his investment contributed hugely to the most successful era in the team's history as they won five Premier League titles, five FA Cups and the Champions League twice.

Last week, Abramovich announced that he would sell Chelsea and donate money from the sale to help victims of the war in Ukraine. The government said it had issued a special licence to allow Chelsea to play fixtures and pay staff, but will limit the sale of tickets and merchandise.

The entry on the British sanctions list described Abramovich, who Britain said was worth 9 billion pounds, as "a prominent Russian businessman and pro-Kremlin oligarch who had enjoyed "a close relationship for decades" with Putin.

This association with Putin had brought Abramovich a financial or material benefit from either the Russian president directly, or the Russian government, the listing added.
It said he was "involved in destabilising Ukraine" and undermining its sovereignty and independence via the London-listed Russian steelmaker Evraz in which he is the biggest shareholder.

Britain's financial watchdog suspended trading of shares in Evraz, which plummeted 16% after the sanctions were announced. 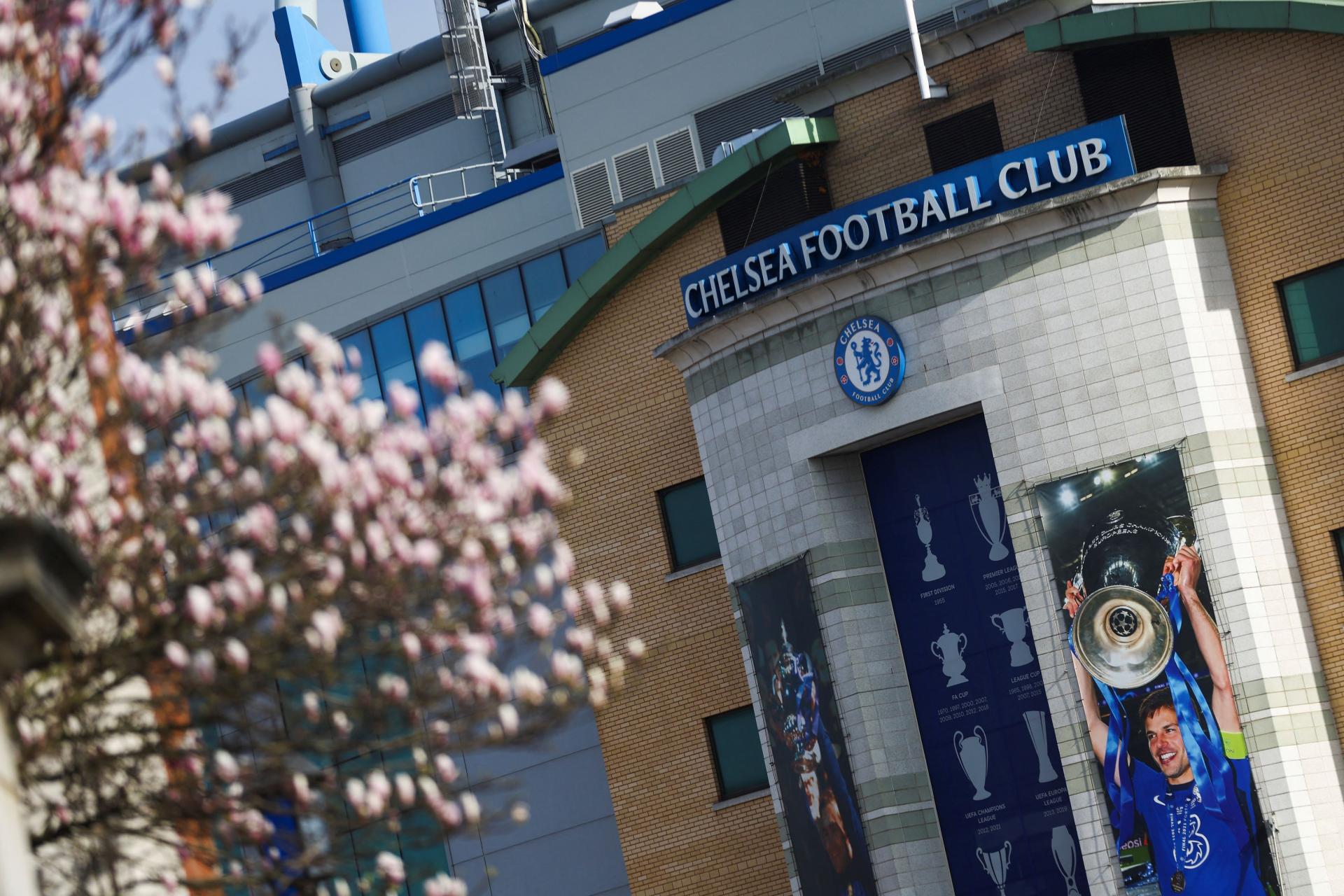 Evraz has been involved in providing financial services, or funds, goods or technology that could damage Ukraine's independence including providing steel that might be used to make Russian tanks, the British treasury said.

London has long been a top destination for Russian money and Johnson has vowed to crack down on those using the British capital as a luxury playground, enjoying upmarket hotels and educating their children at fee-paying schools, earning it the nickname Londongrad because of its popularity with oligarchs.

But Johnson's critics, who point out his Conservative Party has close ties to Russian donors who have donated about 1.9 million pounds since he came to power, say the government has been slow to impose sanctions and asset freezes on Russia oligarchs and those close to Putin's administration.

Opposition lawmakers, who have been demanding action against Abramovich and others, said the news of the sanctions was welcome, but had taken far too long.
"This is the right decision. But it should not have taken the government weeks," David Lammy, the foreign affairs spokesman for the Labour Party said.

"Too few oligarchs linked to Putin's rogue regime have so far faced sanctions from the UK government. We are lagging far behind allies in the EU and the US."

Britain's government halted a planned sale of soccer club Chelsea as well as the sale of players, new tickets and merchandise after it imposed sanctions on its owner, Roman Abramovich, but said the team will be able to play matches.

Abramovich said last week he was putting the club up for sale, but Britain's asset freeze and sanctions on him bar that process under the terms of the licence granted to the club.
The government said it had issued a special licence to allow Chelsea to play fixtures and pay staff, but it will limit the sale of tickets, merchandise and even players effective from Thursday.

Abramovich bought Chelsea in 2003, sparking a period of unprecedented success - and spending - for the club, which won five league titles and two Champions League trophies under his ownership.

Nadine Dorries, Britain's minister for sport, said the government had issued the licence because it did not want to unnecessarily harm the reigning European and world soccer champions.

"I know this brings some uncertainty, but the government will work with the league and clubs to keep football being played while ensuring sanctions hit those intended," she said on Twitter. "Football clubs are cultural assets and the bedrock of our communities. We're committed to protecting them."

Chelsea season ticket holders and those who have already bought tickets may attend matches, and parties who purchased or produced club merchandise prior to Thursday can still sell it, the government said.

Broadcasters are allowed to broadcast any fixtures involving Chelsea under pre-existing arrangements, and can pay revenue to the club for broadcasting licensing related to those fixtures.

Payment arrangements for deals to loan or transfer players, agreed prior to the sanctions, can also take place.

The government said the licence, which came into effect on Thursday and expires on May 31, would be kept under review.