Most damage was caused to the athletics track.

Promotion for the Reggaeton Beach Festival at the Mateu Cañellas Sports Centre in Inca promised that it would be "even wilder than the last one".

The organisers wouldn't have had damage in mind when making this claim, but damage there was - to the athletics track in particular. The grass football field was affected, as were the swimming pools, which have had to be closed to the public "for maintenance and because of overheating". 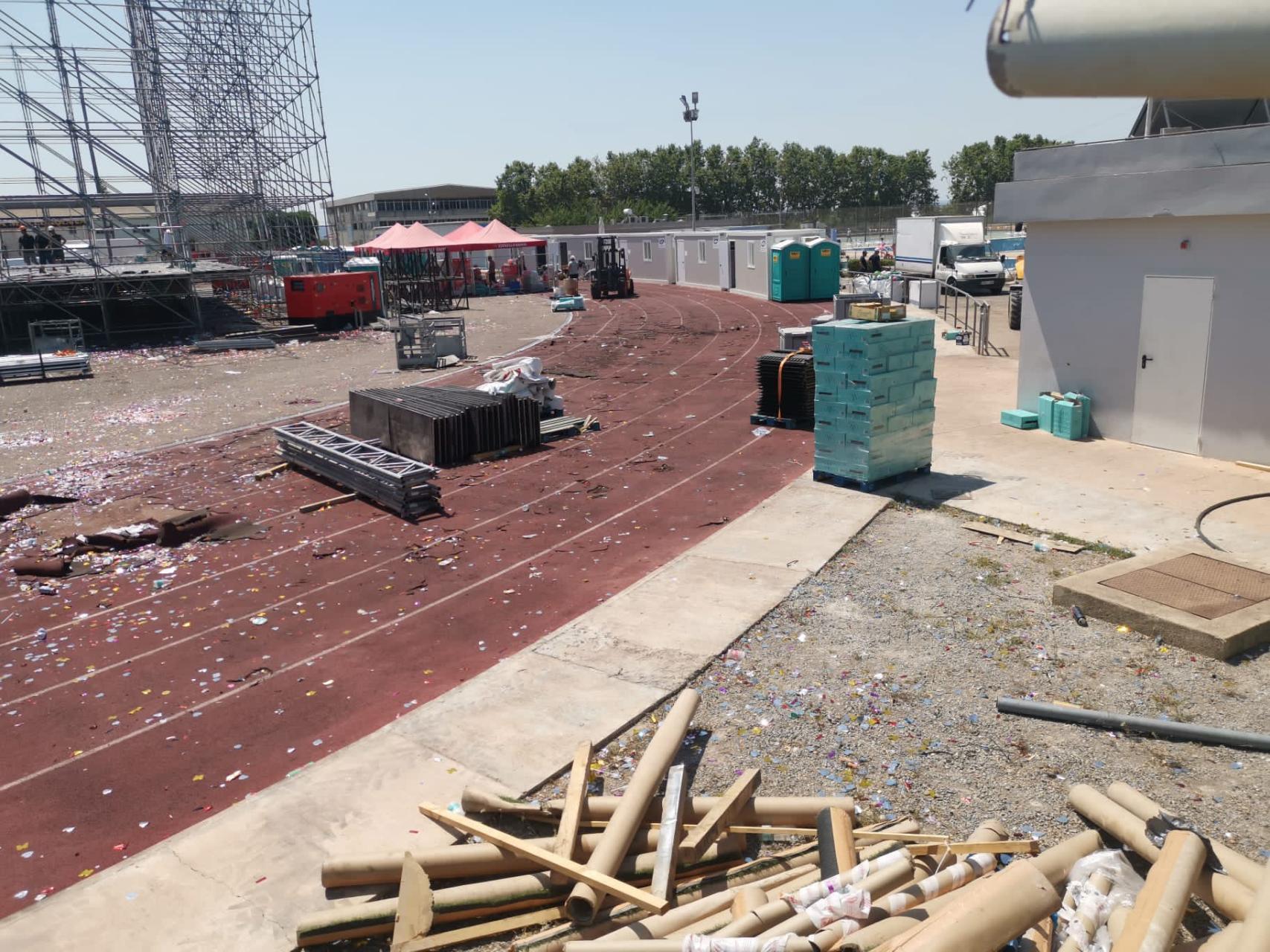 Inca town hall rented the sports centre out for what were two twelve-hour parties over the weekend. It says that the organisers will be charged for any damage, but notes that improvements, including the athletics track, had already been planned. "We were waiting for the event to be held before starting the work," the town hall explains.

The opposition Partido Popular is highly critical of what happened. "We don't believe that the residents of Inca should have to pay for this disaster." The PP and various sports clubs that have been affected will be lodging formal complaints.