A Mallorcan in Ukraine

Pedro Obrador is a 55-year-old Palma bus driver. In the past, he has visited war zones in Afghanistan, the Congo, Iraq, Rwanda and Syria. A few years ago, he visited the Chernobyl nuclear plant, and he has now returned from five days in Ukraine: "I empathise with the suffering of others. I don't like injustice."

He entered Ukraine with the help of two Catalans. Florin and Eduardo are with an NGO, and they met him in Krakow. The used to live in Kyiv and planned to open a Spanish restaurant. The war changed their lives.

They travelled to Lviv and from there took the night train to Kyiv, "where we were surprised that life goes on, despite the war". There is relative normality, but there are also soldiers with Kalashnikovs everywhere. Pedro didn't photograph them: "It would have been the quickest way to get into deep trouble."

He meets Elena, a divorcee and an English teacher, and her 18-year-old son Kim. They have been showering with cold water for three months. On the day that he met them, it was just 8C. She teaches online, because face-to-face classes are constantly interrupted by sirens. At the university, very few students attend classes; most work is online.

The capital is like a fortress. There are tanks and checkpoints. Putin believed he could take Kyiv in the first days of the war, but his forces met fierce resistance and had to retreat. Destroyed Russian tanks are showpieces in the main square. 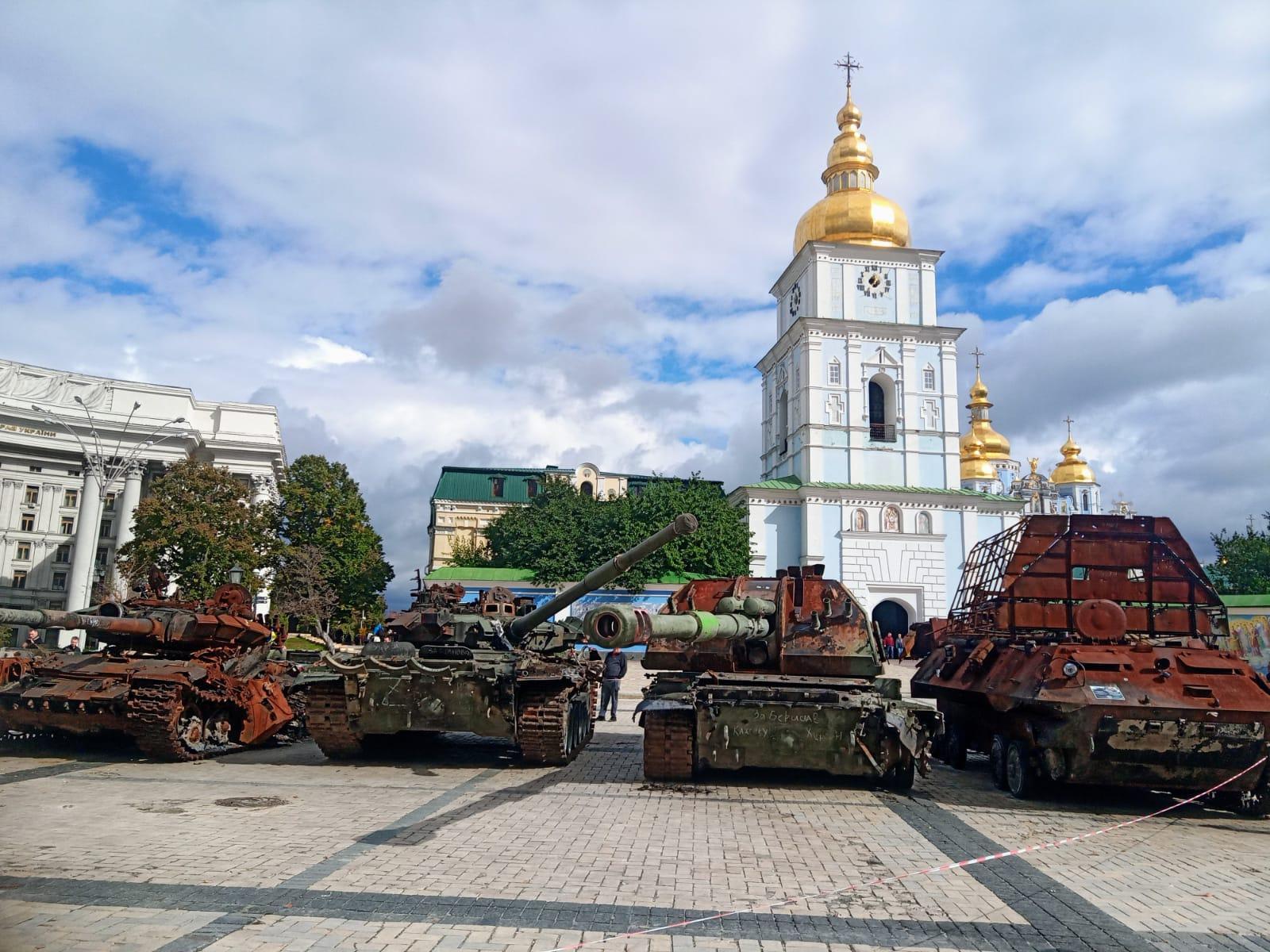 He stays in a hotel, its architecture typical of Soviet times. It costs 20 euros a night but the most important thing is that it has hot water. The next day, Pedro heads for the cities where the Russian convoy was stopped - a 60-kilometre-long armoured snake foiled by Ukrainian resistance and a combination of ambushes and American and British intelligence.

Hostomel airport was the scene of a Russian debacle. It was initially taken, with elite airborne forces, but the Russians couldn't keep hold of it. Putin reckoned that his helicopters could fly from the airport to Kyiv and capture or kill Zelensky. It ended in disaster. The fighting was horrific.

In Irpin and Bucha, the Russians committed war crimes. They tortured men, women and children to death. Some were found huddled together in basements, with their hands tied behind their backs. Others were shot while fleeing by bike or on foot.

He meets Maksim, his wife Julia and their daughter Elina. Before the war they lived in a nice duplex penthouse, but a missile hit it squarely and destroyed the roof. "The beams were made of wood, and everything burned." It could have been worse, as some people in the building were killed. 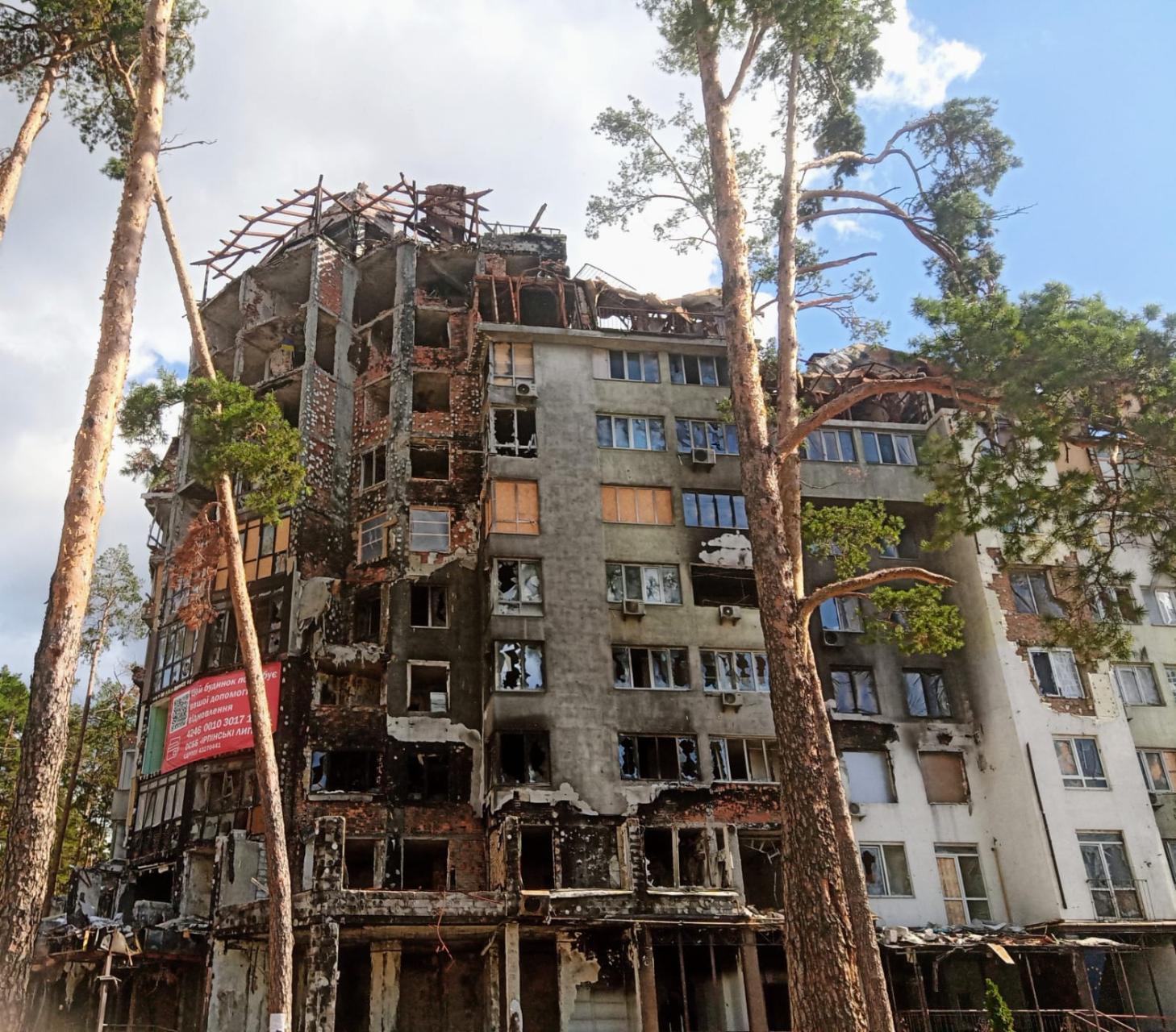 Julia says that they didn't want to be refugees. They stayed and have been raising money to rebuild their home - the equivalent of 40,000 euros so far. The roof has been rebuilt - "just in time, because the rains are here" - but the windows are covered by cardboard.

There are others. They need psychological help in dealing with the destruction and the atrocities, but there are so many victims and not enough psychologists or psychiatrists to care for the civilian population.

Back in Palma, Pedro has drawn his own conclusions about the military operations: "Tanks are important when it comes to taking over territories, but they are very expensive and vulnerable to simpler and cheaper weapons." American-supplied long-range missile systems and drones are making a difference, but another factor, a surprising one, is that "the magnificent Russian army has turned out to be a giant with feet of clay, unable to defeat a third division army, such as the Ukrainian one". There have been serious shortcomings with Russian technology. and NATO's military systems seem far superior.

He tells his Russian wife about what he has seen, but she can hear only so much about Putin: "She says that it's a calamity."