Storms forecast to return later tonight to Mallorca and Minorca

Montuïri was flooded as Mallorca has hit by strorms again this afternoon. | Majorca Daily Bulletin reporter

As forecast, the torrential rain returned this afternoon and early evening causing havoc in central Mallorca, this time the storm dumped 91 litres per square metre in one hour as it passed through Montuïri, and the Puig d’en Moltó torrent, which runs through the municipality, burst its banks.

With the help of the Red Cross, workers in the area cut off the access road to MontuÏri from Porreres.
According to witnesses, the water cut the road at different points, starting at the roundabout at the exit and entrance to Palma, in the Es Revolt area.

These were the sections of the Ma-15 at kilometre 28 and the Ma-3210 at kilometre 1.5. With this section of the road cut off, it was not possible to access or enter the town. The rain began to fall heavily at around 2 p.m..

The local authorities have warned people not to leave their homes and not to take their vehicles out of Montuïri.

In the meantime, firefighters have evacuated one person in Mahón, Minorca, after a part of a building collapsed as a result of heavy rainfall in the last few hours. 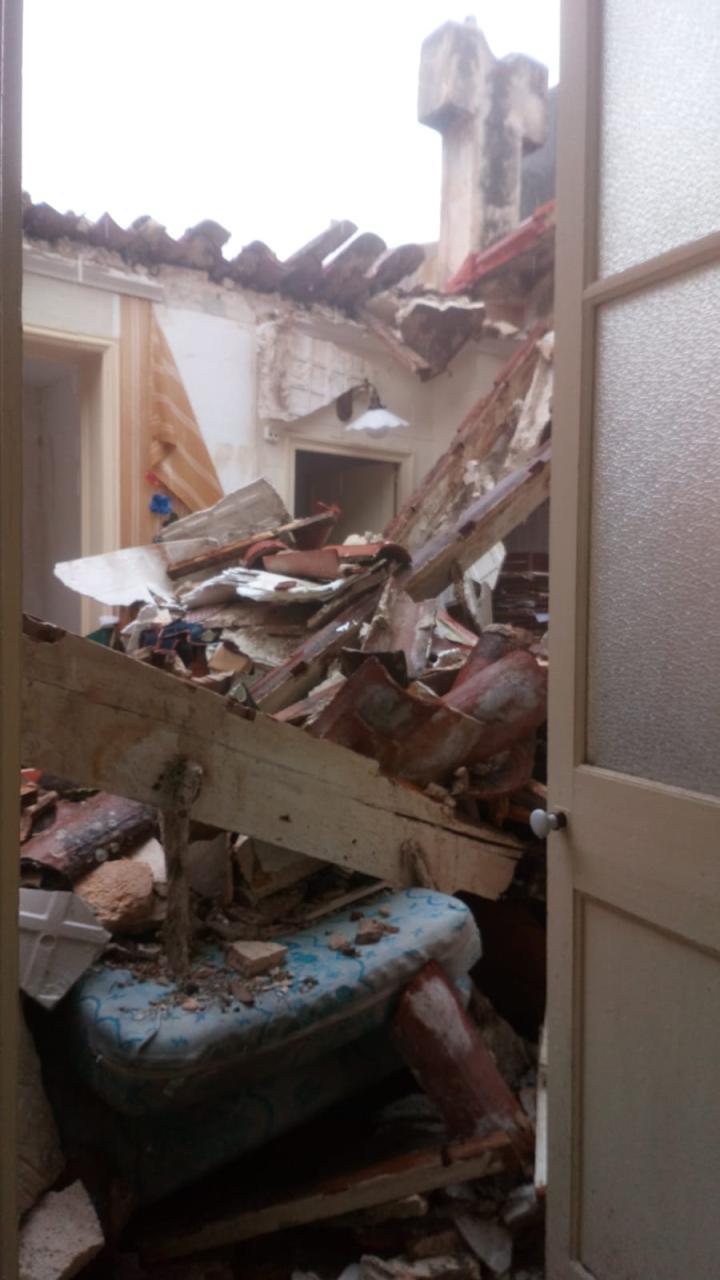 The Council of Mallorca’s Roads Department has reopened the four roads in the Sant Llorenç des Cardassar area that had to be temporarily closed to traffic early this morning due to heavy rainfall.

Although all the roads that had been flooded have been reopened, the Department of Roads asks drivers to take extreme caution when driving through the areas of Artà, Manacor and Sant Llorenç, due to the state of the roads as a result of the water.

Several families were evacuated in the early hours of this morning when the Na Borges torrent in Manacor overflowed closing several roads, according to the 112 Emergency Service and the Manacor Town Hall.

During the early hours of the morning, the orange alert of the Inunbal flood plan was activated due to the risk of flooding.

Three families have been evacuated and a fourth has been relocated with relatives.
According to the City Council, eight people have been affected. Five spent the night in the Miquel Àngel Nadal Municipal Sports Centre and hope to be able to return to their homes later this morning to assess the damage.

If they are unable to return to their homes, the Town Hall will provide them with accommodation.
The mayor of Manacor, Miquel Oliver, accompanied the residents during the night.

During the morning, the Town Hall will assess the damage caused by the rain in the municipality.
The president of the Balearic Government, Francina Armengol, has said that the Govern is in contact with Manacor, Artà and Sant Llorenç councils and has offered all available help.

In a message published on social networks, the president thanked the emergency services, police, firefighters and Civil Protection for their work.

“We are working to restore normality as soon as possible,” said the president.
The State Meteorological Agency (Aemet) reported that up to 84 litres of rain fell per square metre in Artà-Colònia de Sant Pere; 78 l/m2 at Minorca airport; 58.2 l/m2 in Manacor; 55.8 l/m2 in Son Servera; and 52.4 l/m2 in Artà.
There were also wind gusts of 64 km/h in Capdepera and 45 km/h in Portocolom and Menorca airport.

The emergency services were busy clearing up the debris from the flash floods which hit the Manacor area in the early hours of the morning.