The other side of Palma

The mayor once said that "Palma is a city of champions"

Víctor Sánchez is a name that became familiar during the pandemic. He was the restaurant owner who organised protests against Balearic government restrictions. These included closing hospitality establishments.

He is now an aspiring politician with a party called Proyecto Liberal Español and he is challenging an observation once made by the mayor of Palma, José Hila, that "Palma is a city of champions". As an example, he has drawn attention to an expanding shanty town in Sa Riera. It started with a single shack, "but it has grown so much that it is taking the form of 'Urbanización Sa Riera'."

"Palma doesn't deserve this. And nor do the people who inhabit it, live (?) in it. The thing would be to provide them with decent housing." He wonders why the mayor doesn't spend some time chatting with those who live there, "to at least listen to them". "Between all of us, maybe we can try and find more habitable homes for them. That would be logical, wouldn't it?"

Poverty in the Balearics far worse than a year ago

While Sánchez has highlighted the Sa Riera shanty town, there is also the old prison in Palma. Various families live there. Some have done for years. They don't have the means to rent somewhere half decent. They use what was prison officer accommodation. There is no electricity or water. They use the water fountain on the other side of the road. This is now a 'designer one', and so they have had to change their bottles as the old ones no longer fit. 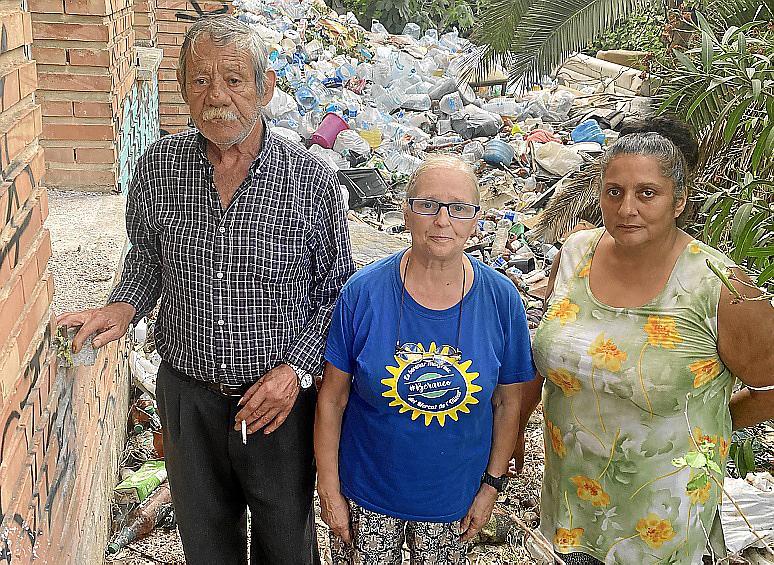 They say that charities used to come and give them some food. "But they no longer come here. We have to look for food wherever we can - at soup kitchens or in the 'hunger queues'." Then there is all the filth - smelly rubbish piled up, rats everywhere.

During the pandemic, they made a request for the Emaya municipal services agency to leave large bags at the door, so that they would fill them with rubbish and leave them outside the door for trucks to collect when they were passing. They say that they never got the bags. The old prison is a constant source of infection.

This is not just a Palma problem, it's the same in every Spanish city. For some reason governments and councils don't seem capable or willing to build enough social housing. There is enough publicly owned land that could be used. But councils prefer to sell it to private developers and then get the money from the building licenses.