Changing an urban highway into more of a promenade

Work on altering the Paseo Marítimo in Palma will begin within a month, the contract for the work having been signed on Monday. The budget is 37,598,985 euros plus IVA (VAT); the work will take twenty months. Antoni Verger, head of planning and infrastructure at the Balearic Ports Authority, says that there will not be any cuts to traffic but that there will be detours. 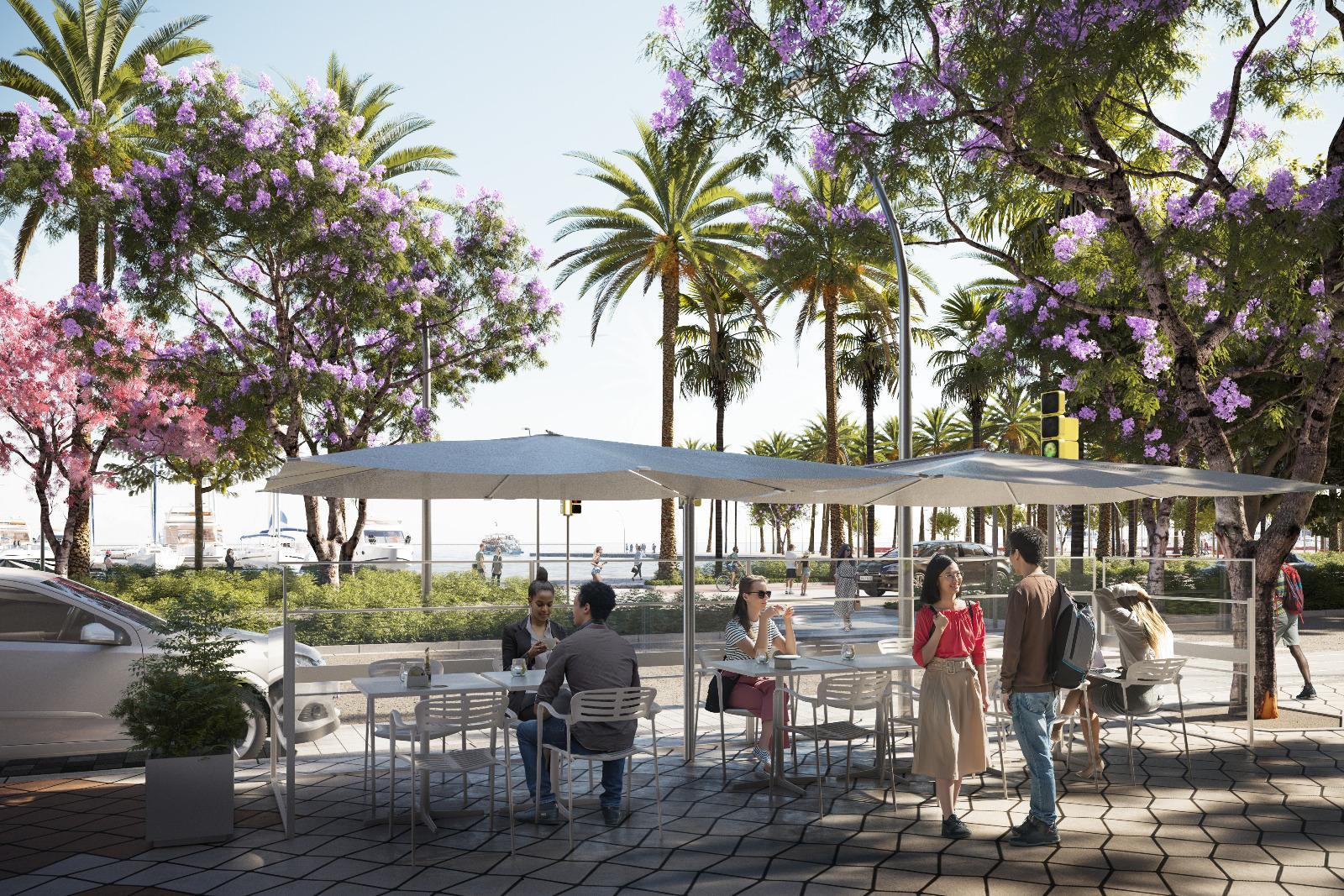 A project conceived during the period of the first Palma town hall PSOE-Més-Podemos administration from 2015, a principal intention is to convert the road from what at present is essentially an urban highway into a promenade that can coexist with traffic, giving priority to pedestrians and to cyclists.

The mayor of Palma, José Hila, says that "an historic demand" is being met. A project agreed with the ports authority, residents and businesses, he stresses that the "commercial fabric" will receive a boost, while "the barrier that separates the city from the sea will be eliminated and up to 2,000 trees and shrubs will be planted". "This is a project that is highly desired by the city. It is our front, but the fact is that right now it is a highway. We are going to overcome this."

In pacifying traffic, one lane in both directions will be permanently eliminated, pavements will be broadened, and there will be twice as many zebra crossings as at present. Around 1,000 parking spaces will go, to be compensated for by new car parks.

An issue that still need resolving concerns the expropriation of the space occupied by the Social Club and the steps that connect the Paseo with the Bahía Mediterráneo building. A ports authority combined estimate is 530,000 euros, whereas the businesses affected are seeking a total of five million.

Supermarket shop in Mallorca 70% more expensive than a year ago

Balearics is for sale, over 91 hotels on the market

A tour of festive Palma

Building the Railway through to Arta and beyond would be a better use of the money to be spent on the Promenade.

Peter Perfect | about 1 month ago

I wonder if it will include any tracks for the new tram. :-)