Protesters travelled from the UK to Palma last week

The Mallorca-based airline hired for UK’s Rwanda deportations has pulled out of the scheme. | Majorca Daily Bulletin reporter

Last week, British and Spanish activists travelled to the offices of private Spanish airline Privilege Style in Mallorca to present them with a ‘worst airline of the year award’, in protest at the airline’s involvement in the UK government’s plan to deport refugees and asylum seekers to Rwanda, including survivors of torture. 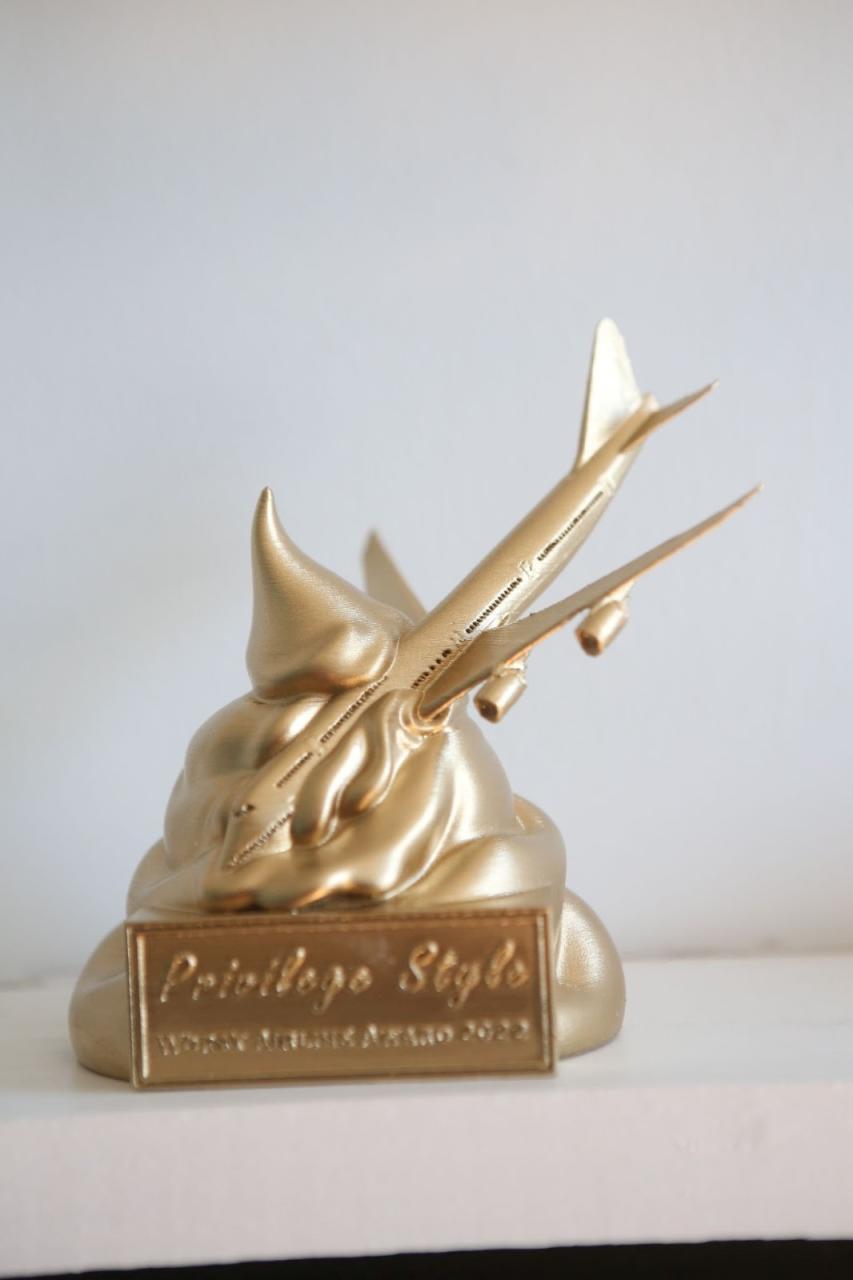 On Friday, according to The Guardian, the charter airline hired to remove people seeking refuge in the UK to Rwanda has pulled out of the scheme after pressure from campaigners.

A plane operated by Privilege Style first attempted to fly asylum seekers to the east African country in June but was grounded by an 11th hour ruling by the European court of human rights.

The Mallorca-based carrier had become known as the UK government’s “airline of last resort” for its willingness to conduct deportation flights that other airlines refused. But after an email campaign by torture survivors and refugee organisations, Privilege Style has said it will no longer operate flights to Rwanda.

The development will leave the UK government in a fix. Two other charter airlines that previously conducted deportation flights, Titan Airways and AirTanker, have already ruled themselves out of the scheme.

Privilege Style is a private airline which operates charter flights on behalf of other airlines, tour operators, sports teams and other VIP customers. According to the airline, its VIP customers include several Spanish companies and top Spanish football clubs, including Real Madrid, Barcelona and the Spanish national team.

Agustina Oliveri, Senior Digital Campaigns Officer at Freedom from Torture, said: “Airlines are meant to bring people together, but Privilege Style’s role in the UK government’s cruel Rwanda plan will ruin lives and tear families apart. That’s why every airline except Privilege Style has ruled themselves out of this ‘cash-for-humans’ scheme.

“We’re here on behalf of tens of thousands of caring people across Europe to let Privilege Style know that we won’t stand by as they profit from the pain of refugees. We hope that this award will encourage them to stop flying in the face of human decency by terminating their contract with the UK government.”