Incident occurred in Palma this morning

Part of the ceiling collapsed this morning. | Julio Bastida

Two customers in a Palma café have were injured to when part of the roof of the bar collapsed.
The incident took place at around midday today.

For unknown reasons, which are still under investigation, several plasterboards and wiring collapsed and fell onto the bar. 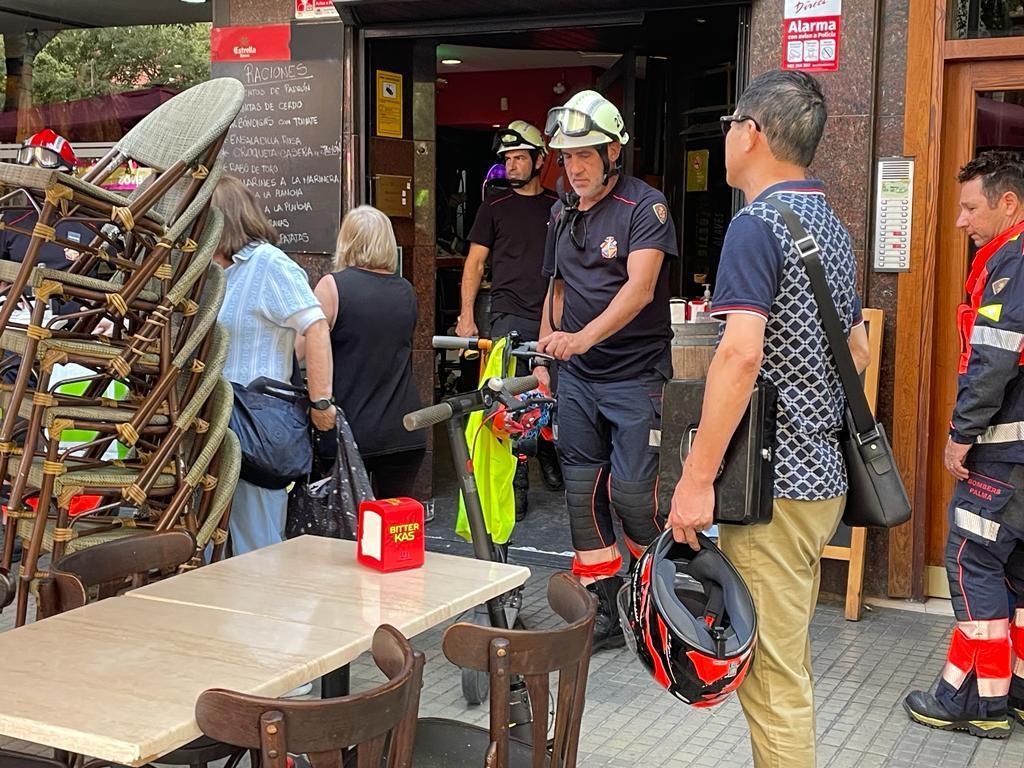 The National Police, Palma Fire Brigade and several ambulances from the Emergency Medical Care Service (SAMU-061) were quickly on the scene and attended to the victims.

Two of them were taken to hospital and for the moment the extent of their injuries is unknown.
Palma firefighters entered the premises and carried out an initial assessment of the structure and removed any hanging elements considered dangerous.

Municipal technicians are expected to visit the establishment to carry out a more in-depth assessment and check that the premises is not structurally damaged.

For the time being, the café has been closed to the public.
It appears that the plasterboard ceiling gave way as a result of the weight of the wiring, but this has not yet been confirmed by official sources.
The National Police have taken charge of the investigation pending the reports from the municipal technicians.