For sale signs go up in Magalluf

1 de 2 | Businesses for sale in Magalluf.

2 de 2 | The properties listed on the idealista portal.

The end of the summer season has led to a large number of businesses putting up the For Sale or For Lease sign in Magalluf. Property portal Idealista has 60 commercial properties for sale in the Magalluf area. A rough valuation of the businesses gives a combined total of more than 30 million euros. There must also be a large number for sale or lease which haven't been listed.

It is quite normal that at the end of the season many business owners decide to sell their properties, but the sheer number has taken some people by surprise, especially as it has been a good season in Magalluf and in Calvia as a whole. 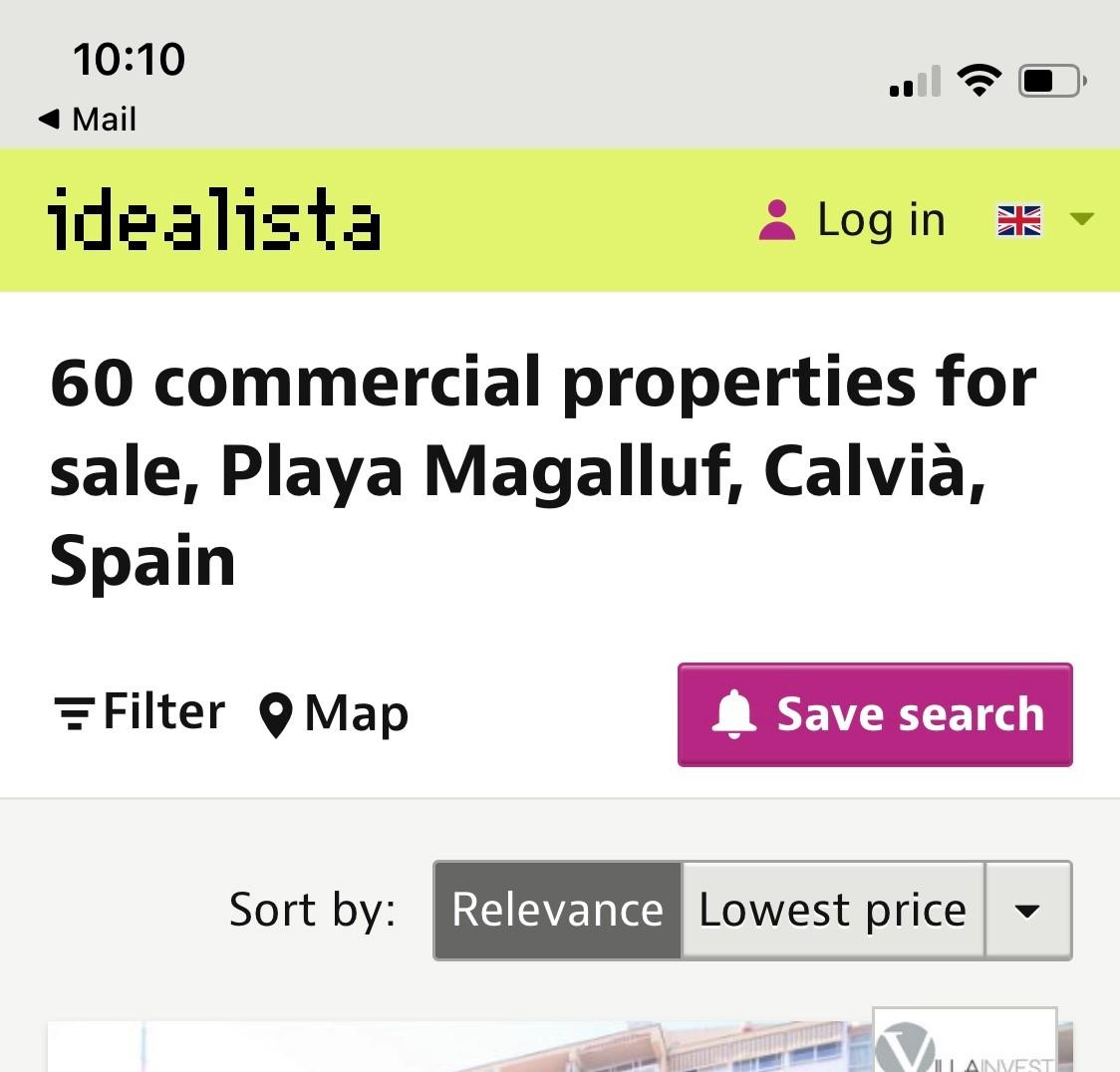 Tourism figures for the season report a drop in the number of tourists but those who did come spent more money, which makes the For Sale bonanza even more striking.

Fears this is the end of Magalluf

Ten Magalluf establishments face fines of up to 600,000 euros

Local businesses have long complained that it is exceptionally difficult to make money in the resorts because of high taxes, and this year you have to take the cost-of-living crisis into account. In Palma it has been reported that the operating costs of local restaurants have risen by 30 percent because of inflation and the cost of living. Local hotels chains led by the Melia Group have invested large sums of money in Magalluf over recent years. Work will start this winter on a new promenade, according to the Calvia council.

Will you return on holiday to Mallorca next year?

Bring back the Marina Project. Private yachting has never been more popular and will continue to grow. A marina servicing yachts up to say 30 mts built on the backland would be super safe and secure all year round ( unlike Port Adriano - full wash down every day in winter to keep the salt spray off ). That would bring quality high spending tourism to the resort in summer and a host of support businesses all year round . Space for charter yachts, speedboat hire and anything else water based. Dig a nice big channel from the beach (sorry Ritchie there are plenty of better beaches on the island) and dig. Plenty of work for everyone and a long term tourist attraction for many - sorry hooligans not for you. PS For the first time I can remember the DB has no reminder the clocks go back tonight - so here it is.

Andy WalkerOr convert the urbanisation into purely residential property. With 5* hotels and services A nice suburb of Palma for locals Link with rail to city centre. Perfect new Palma, not Palma nova. Attract young internet knowledge based industries people from around the globe. To diversify the economy. But we both know it won’t happen , the neds money tree has to many vested interests. And the govt vision isn’t there.

Stan are you deluded? Shops in Palma dont make money, Mallorca Fashion Outlet is always empty and Porto Pi isn't exactly Oxford St. Mallorcans wouldn''t shop in a fancy mall in Magaluf and Brits on holiday just buy cheap tat and have no room in their suitcases. Combine that with the fact physical shops will vanish completely soon re online. So you would be sitting in a huge white elephant. Magaluf needs to be completely bulldozed then just four or five 5*+ hotels built around the beach. Transformed in one go. The underclass relocated to Falaraki.

Stan The Man | 3 months ago

I would like to see an multi million pound Organisation buy up those businesses. To develop huge department stores and shopping malls. To make Magaluf the shopping experience of a lifetime. Removing all those bad parts in the refurbishing of the whole Urbanisation. Thereby clearing up the terrible reputation that Magaluf has in Mallorca. DO IT NOW!!!