The bomb was moved to the beach. | Policia Nacional

The National Police report that its TEDAX explosives unit detonated an explosive device that was discovered last Monday. 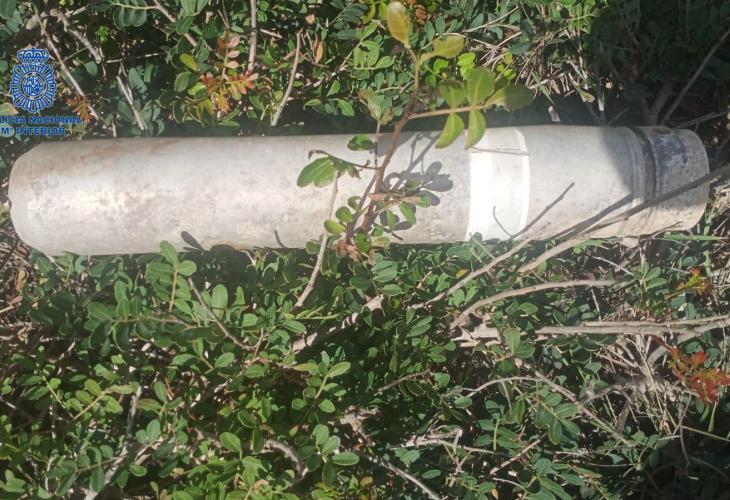 A man was walking in an area near to a beach in Manacor when he came across this device in vegetation. He notified the police immediately. They cordoned off the area and, before handing it, themselves called in the fire brigade and the environment ministry's Ibanat agency (because of a potential fire risk).

They moved the projectile to the beach itself, where there was a controlled explosion. Soon afterwards, the beach was reopened to the public.

Wouldn’t be great if, instead of just regurgitating news feeds from elsewhere, someone actually bothered to find out what type of ordnance it was, which military division might use such things and how on earth did one end up in vegetation near a beach? But no. It was found, they blew it up. End of.