Mallorca and Minorca feature in production

If you’ve learned the art of trying the impossible…you can do the impossible with anything.” #BransonHBO, a four-part @HBO original documentary series chronicling the many adventures and ventures of @RichardBranson, premieres December 1 on @HBOMax. ABOUT HBO HBO is home to the shows and films that everyone is talking about, from groundbreaking series and documentaries to the biggest blockbuster movies. SUBSCRIBE TO HBO Subscribe to the official HBO Channel for the latest on your favorite HBO series, movie | Youtube: HBO

Just days after Richard Branson’s new luxury hotel, the Son Bunyola retreat in Mallorca, went on sale ahead of its grand opening next summer, HBO has launched the trailer for a documentary about the life of Sir Richard, whose love affair with Mallorca goes back over 25 years, while he his lived in Minorca for years. 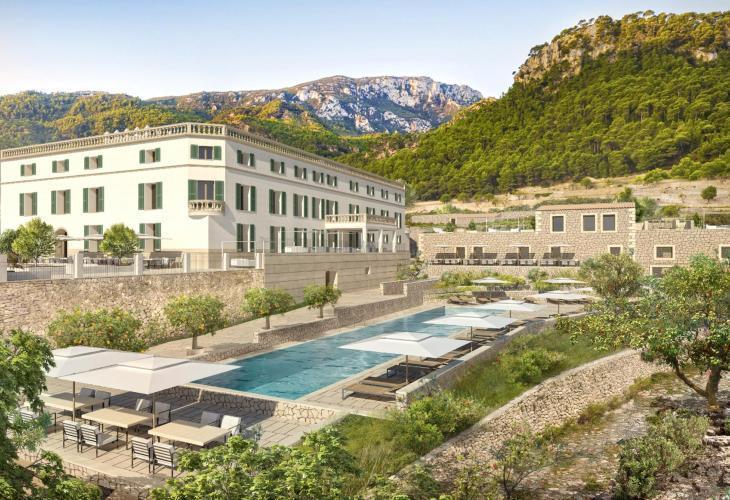 Award-winning filmmaker Chris Smith directed the series, which premieres on HBO on Thursday, December 1, with new episodes debuting each of the following three Thursdays. The series will also be available to stream on HBO Max.

“Smith… takes us on an expansive and intimate 70-year journey, from Branson’s upbringing as the son of a spirited, tough-love mother in Britain, to his pursuits of extreme, personal daredevilry that serve both to grow his businesses’ brands and feed his insatiable, lifelong thirst for high-stakes adventure,” HBO said in a statement.

“Branson reveals the ups and downs of a man driven by risk taking in both his business and personal life, reflecting on the costs and rewards of his lifelong, relentless optimism and boundary-pushing.”
For Branson, Smith not only spoke with the mogul, but those closest to him: “…The series features his colleagues and employees, as well as insights from both business journalists and industry experts,” HBO said.

“Also included are intimate interviews with his family, including revealing excerpts from conversations with Joan, his wife of 33 years, his sisters, his daughter Holly and son Sam, and an extensive personal archive of his late mother Eve, whose lively presence in Branson’s life continues to loom large.”