Levi Davis has not been seen for five weeks

Levis Davis has not been seen for five weeks. | Beretta/Sims/Shutterstock

While the search for British rugby player and X Factor star Levi Davis who disappeared in Barcelona on October 29 continues, it has been revealed that he had previously been visiting a friend in Ibiza, according to his mother.

A new video shows Levi Davis – the missing rugby player and star of The X Factor – on the day that he disappeared sending a message to his mother. 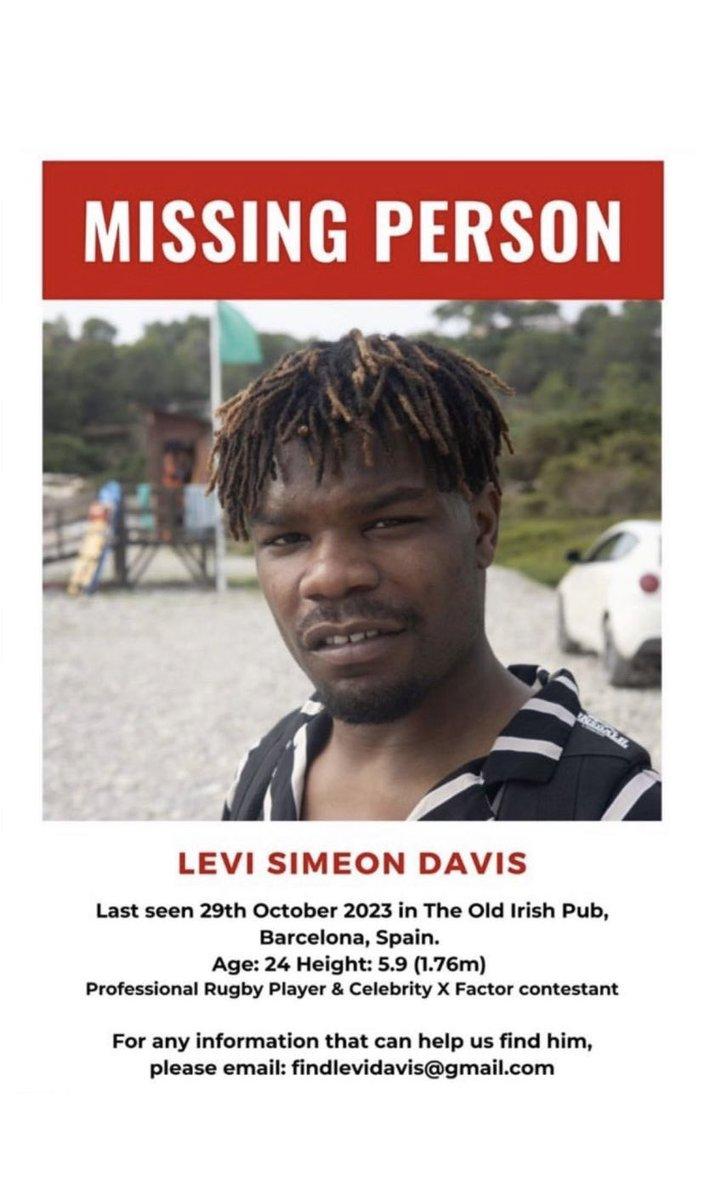 The new video shows Davis on the ferry from the Balearic Islands to the Spanish mainland telling his mother about the beautiful views from the boat.

That same evening he was spotted leaving an Irish bar in Barcelona on CCTV, but he hasn’t been seen for around five weeks since then.

In the short clip – in which Levi’s voice is largely obscured by the wind – he can be heard saying: “Hi mum... it’s beautiful.”
The ex-Bath Rugby player was on holiday after suffering a knee injury, and had been struggling with depression.

Around two weeks ago, his passport was found in the area of the port.
Levi’s mother recently told BBC News that she hadn’t heard anything from the Spanish police since his passport was found, and his family has said they received a tip-off that Levi had been spotted looking ‘lost and confused’ in an area of Barcelona frequented by homeless people.

Suzanne Balfour, Levi’s foster mum, also told Sky News that Levi had posted a video whilst in Ibiza about a blackmail threat.
Levi was the first British rugby union player to come out as bisexual in 2020, and Sky News’ Kay Burley asked whether the alleged threat could have related to that.

Balfour said: “He might just be frightened, he did say in that video that his life was in danger, I don’t know whether he’s running from something, I just don’t know.