At the scene of the accident. | Policia Local d'Alcudia

In the early hours of Sunday morning, the emergency services went to the scene of an accident near the Es Murterar power station in Alcudia. A car had crashed and turned over. A 49-year-old man, the driver, had to be removed from the wreckage by the Mallorca Fire Brigade. He was taken to Son Espases Hospital in a serious condition; tests showed that he was over the alcohol limit.

Three other men, aged 23, 25 and 32, were able to get out of the car by their own means. They were not seriously injured but required some treatment at the nearby Juaneda hospital in Playa de Muro and at Inca Hospital. 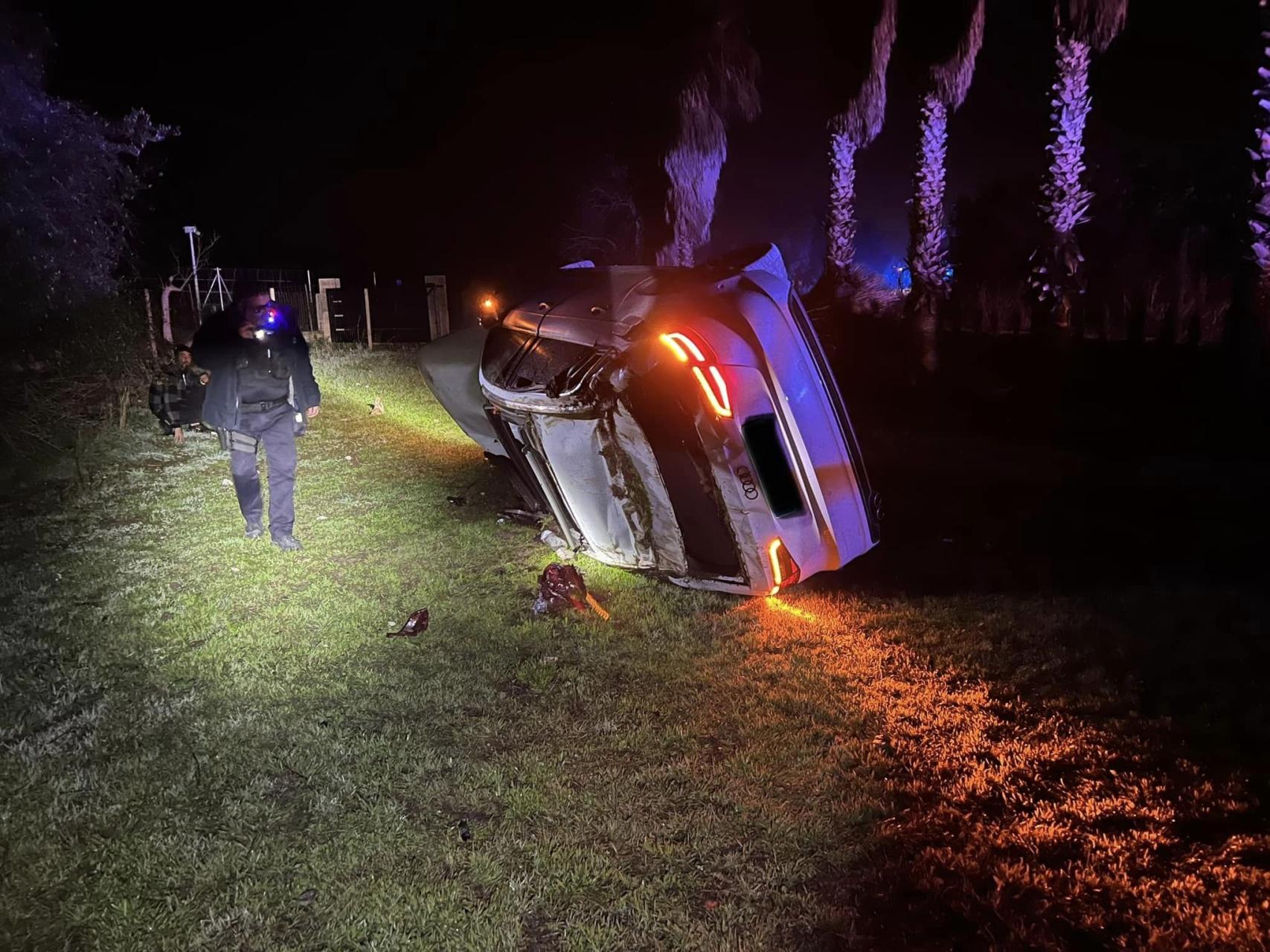 Drunk driver tried to hide behind a bush

The Guardia Civil report that no other vehicle was involved. As well as alcohol, speeding would appear to have contributed to the accident.

Supermarkets in Mallorca being reported for price rises