Former tennis superstar Boris Becker said he relied on “blood brothers” to protect him in a British prison and said his life was threatened twice in his first interview since being released.

The 55-year-old German was deported to Germany after being released last week having served eight months of a two and a half years sentence for flouting insolvency rules by hiding £2.5 million ($3.1 million) of assets and loans to avoid paying debts.

He had been declared bankrupt in June 2017, owing creditors £50 million over an unpaid loan of more than £3 million on his estate in Mallorca. 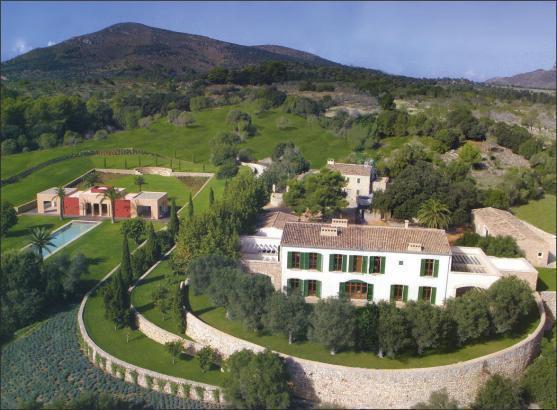 In an often emotional three hour interview with German broadcaster Sat.1 the former tennis world number one said the nights in Wandsworth Prison -- not far from where he won the Wimbledon title three times -- were “atrocious.”

He said he was fortunate to have forged close ties with a group of inmates he termed “blood brothers” as two prisoners he called ‘John’ and ‘Ike’ on separate occasions had threatened him.

‘John’, serving 25 years for multiple murders, threatened to harm him if he did not give him money.
‘Ike’ got him on his own and Becker says 10 prisoners “saved my life” rescuing him when he yelled out.
“And then the next day Ike asked if I would accept his apology,“ said Becker.
“I could have rejected it.
“I encountered him in the laundry. He threw himself down to the ground and begged me for forgiveness.
“I raised him to his feet and hugged him.
“And I told him that I had great respect for him,” added a tearful Becker.

Becker says he would remain in contact with those who protected him.
“When you have fought for survival together, that brings you together,“ he said.
“We needed each other.”

Becker says the sound of the cell door closing will stay for him for the rest of his life.
“When the cell door closes, then there is nothing left. The loneliest moment I’ve had in my life.”
“The nights were atrocious.

“You could hear the screams from people trying to kill themselves or harm themselves, and people trading swear words.
“You don’t sleep.”

He described the prison as “extremely dirty and extremely dangerous . . . there were murderers, child abusers, drug dealers, every kind of criminal you can imagine”.
The six-time Grand Slam champion claims it required the German ambassador to intervene to obtain an international phone card so he could contact his 87-year-old mother Elvira and other family abroad.
Gradually his conditions improved he taught English and mathematics to a class of 30 inmates and then gained a move to the lower security Huntercombe prison near Oxford.

However, the governor there declined to permit his friend and compatriot Liverpool manager Jurgen Klopp, who owns a property in Mallorca and spent most of the World Cup on the island, to visit him.
“Jürgen Klopp and Johannes B. Kerner (German TV presenter) -- they wanted to visit me in Huntercombe prison,“ he said.
“So I gave the names –- but the governor said: ‘Jurgen is not allowed to visit you, he is too well known. We are concerned for his safety. So we have to reject that.’”

Becker qualified for deportation after being released as he is not a British citizen and received a custodial sentence of more than 12 months. Becker says a friend had chartered a private plane to fly him to Stuttgart once they knew he would be released and he had gone to stay with a married couple near Heidelberg not far from his home town Leimen.

“Then I drank my first beer,” he said.
“Believe me, it was the best beer of my life.”
Becker said the traumatic saga had taught him lessons and prison was the last step on his path to becoming a “cleverer and humbler” man.

As for what the future held and where he would live Becker said it was unlikely to be Germany.
“I can’t say where I’m going now,” he said.
“I don’t think it will be Germany. I don’t know if I’ll stay in Europe —- perhaps Miami. I’m also a big fan of Dubai.
“I’ve become cautious with my statements about the future.”