Miquel Vidal's interview had an enormous impact in Spain

Pelé, who died on Thursday at the age of 82, never played in Mallorca. His club, Santos, played a number of friendlies against Spanish teams, but Real Mallorca was not one of them. The association he had with the island was chiefly through a Mallorcan journalist, Miquel Vidal, who himself passed away in January 2021.

In 1975, Vidal was working for the AS sports newspaper. He was entrusted with a task that was not going to be easy: interview Pelé. In his memoirs, Vidal recalled this. "I didn't sleep a wink all night. I was nervous, restless. The newspaper had sent me to New York for the debut of Edson Arantes do Nascimiento, Pelé, with New York Cosmos. It was the first time that I was going to cross the pond, and on top of that it was to interview one of the characters of my dreams." 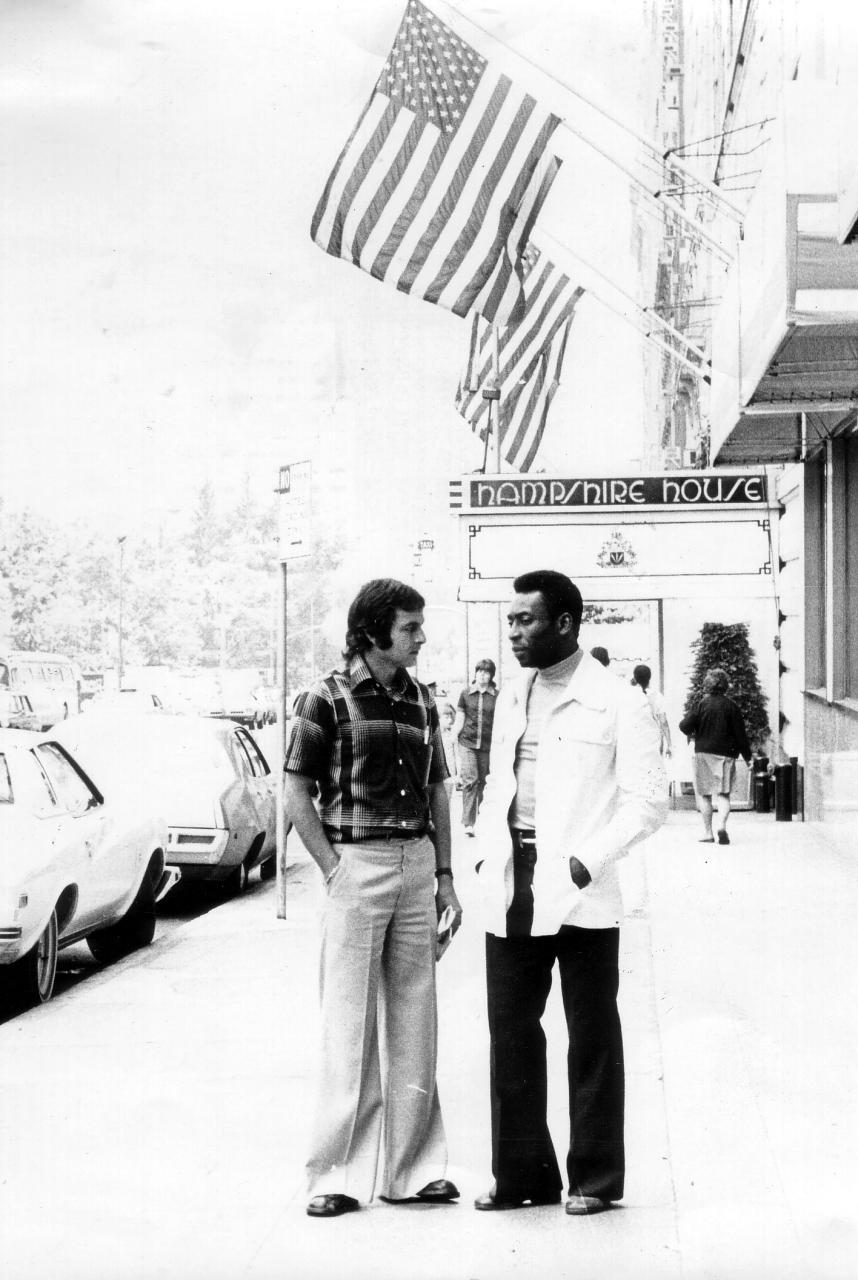 A taxi driver tipped him off where he could find Pelé. His hotel was close to Central Park and Vidal was there are at the doors to the hotel when the great Brazilian player came out to wait for his car. "It was a black Rolls-Royce, Pelé invited me and a photographer I had hired for the occasion to get in; he was an Andorran named Josep Benete who had a photography shop on the same street as the hotel. On the way to the stadium, Pelé kept telling me things about his daily life in New York, a city so different from Santos."

Vidal watched that first match. "Pelé's debut with the Cosmos against Dallas Tornado was quite an event. The eight thousand spectators who on average attended matches at the Downing Stadium became twenty-two thousand that day in June 1975."

Pelé explained to Miquel Vidal what life was like for him in New York. "I am a fervent Catholic. When I get back to my hotel room, the first thing I do is kneel at the feet of Our Lady Aparecida to thank her for everything she allows me to have and to do. Then I talk to Rose Mary, the children and the maid, Maria, who is like family. Family, my friend, is the best thing a man can have."

When the interview was published, it had an enormous impact on a scale almost unthinkable now.

The other time when Pelé came in contact with Mallorca was when Carlos Moyà won the 1998 French Open. It was Pelé who handed him the Roland Garros Cup.