Heat, housing and a man called Taras: Mallorca in 2022

We were getting over Covid, but then came the horror of Ukraine

Cooling down in Palma. | Pere Bota

As 2022 was drawing to a close, there was talk of 'record' temperatures for the New Year period. While it was a year for records, the New Year prediction was a bit of an exaggeration. Temperatures were above normal, but so they had been on January 1, 2022 - highs of 24C.

The heat of 2022 brought an all-time high for Mallorca - 44.5C in Montuiri in August - and three heat waves. One lasted a whole fortnight, a previously unheard of length of time; another started and finished in spring (also unheard of). The met agency Aemet pointed out that in the 1990s there had been just one heat wave in Mallorca over the course of the entire decade, while scientists were voicing concerns about marine heat waves. Sea temperatures were edging towards 30C.

For some of Mallorca's tourists, it may have been too hot. But the heat wasn't deterring numbers. Foreign tourism was close to what it had been in 2019, while national tourism was so buoyant that its number outstripped that of either Germany or the UK in August, something else that was unheard of, save for what happened during the pandemic. 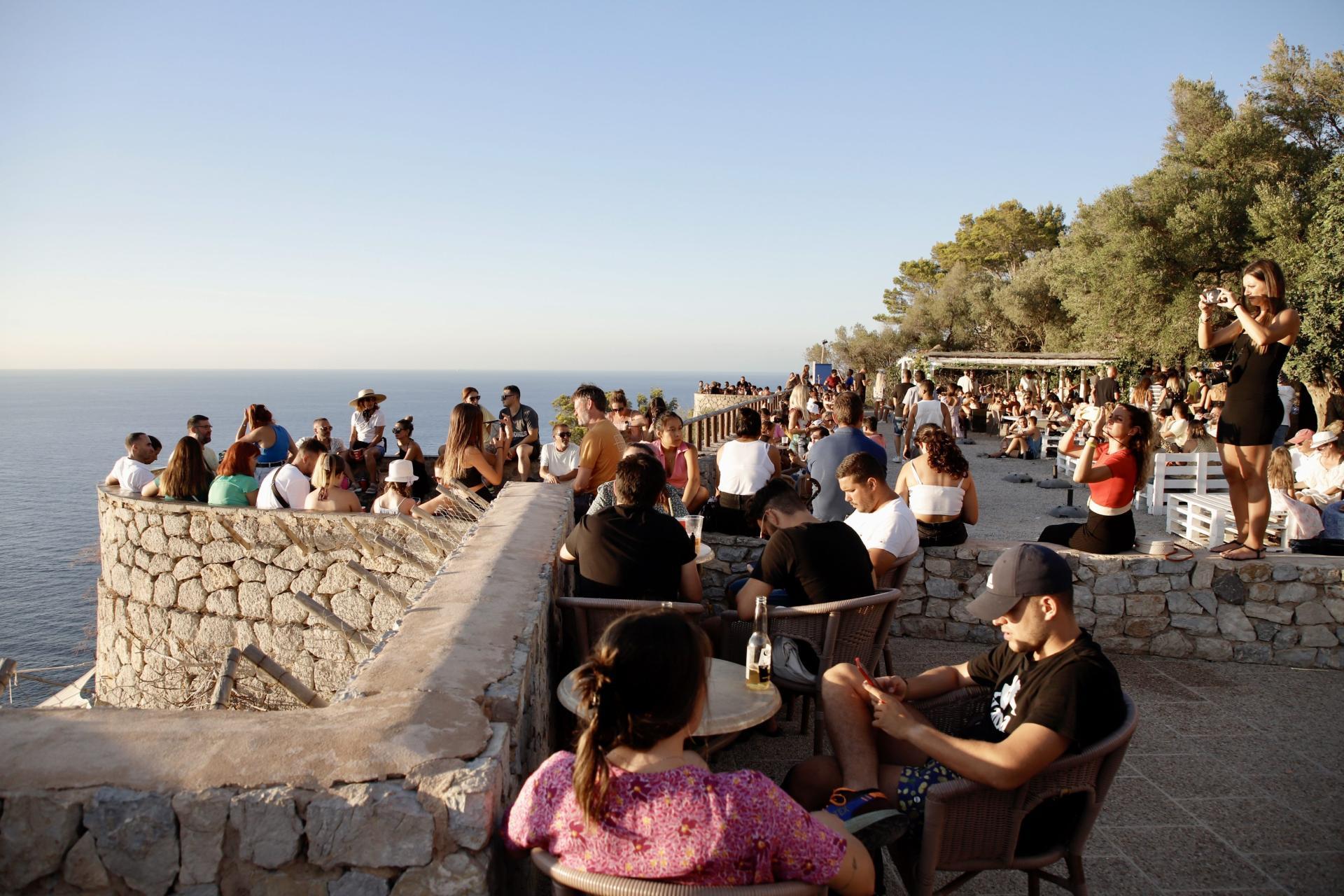 With the returning tourists came the renewed discussion about overcrowding. We were back to where we had been in 2019, only this time the heat more firmly focused the debate on climate change. The Balearic government took a tentative step towards limits by applying a four-year moratorium on the acquisition of new accommodation places. As there are more than 600,000 places for the whole of the Balearics, a moratorium on 18,718 didn't seem hugely significant, but the measure nevertheless provoked criticism, especially from the holiday rentals sector, which felt that it was being penalised far more so than hotels. 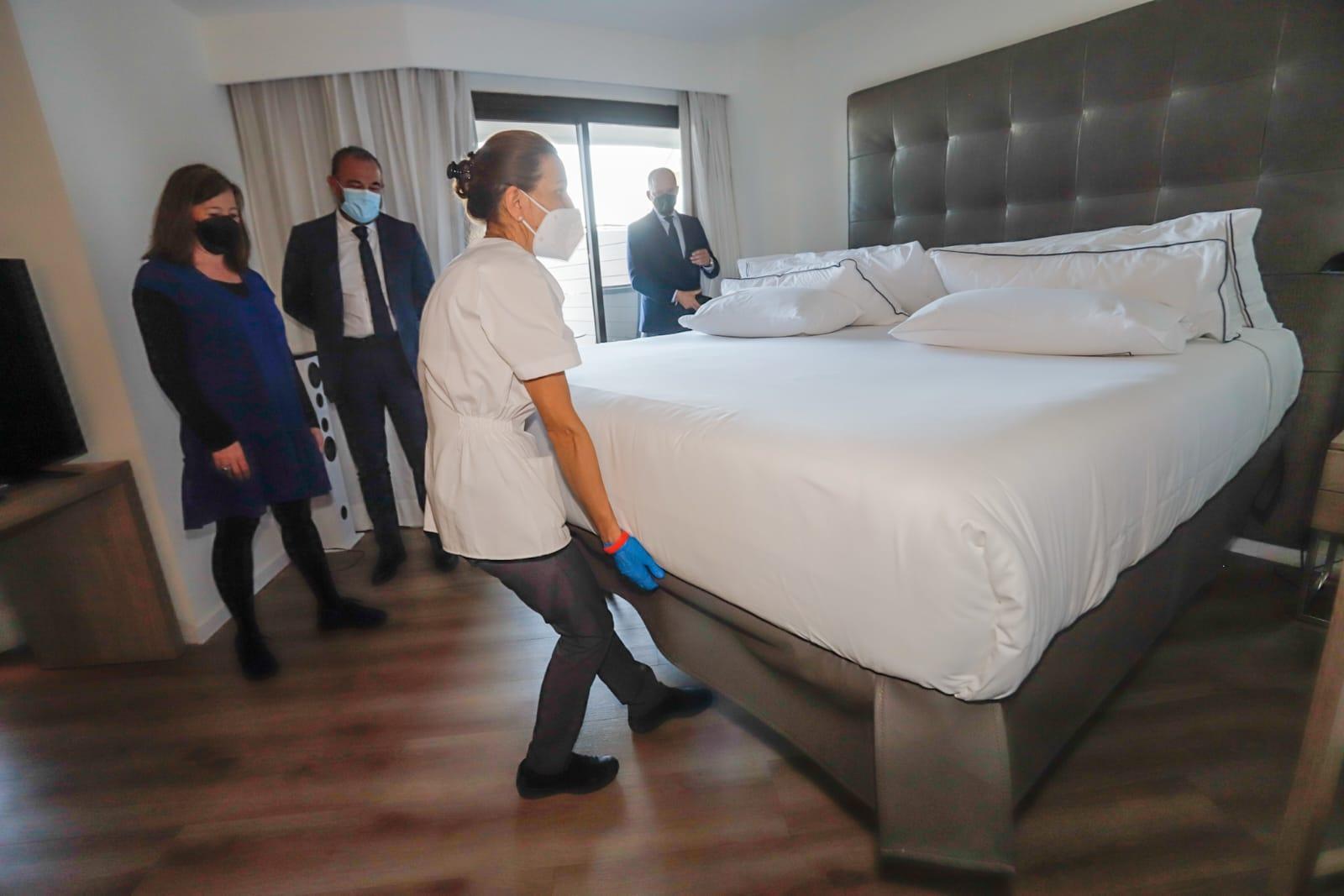 The moratorium was in the framework of the law for tourism circularity and sustainability. "Tourism of the future" was a government slogan for a raft of measures that included introducing elevatable beds in all hotels (an occupational health measure to benefit chambermaids). This future tourism was able to call on external funds, great amounts of them in the form of EU Next Generation funds.

The post-Covid era was upon us. Economic reactivation demanded generous funding, and tourism provided most of this reactivation in Mallorca, regardless of constant chat about diversification, none of which was new as there had been this talk for years prior to the pandemic.

It was remarkable how swiftly Covid seemed to be if not forgotten then put to the back of minds. But it had contributed to an employment phenomenon that caught out the travel, tourism and hospitality sectors. Attitudes to work, and in particular working conditions, had shifted. There were staff shortages because of this and also because airports and airlines had shed that many staff they were finding it extremely difficult to get them back. 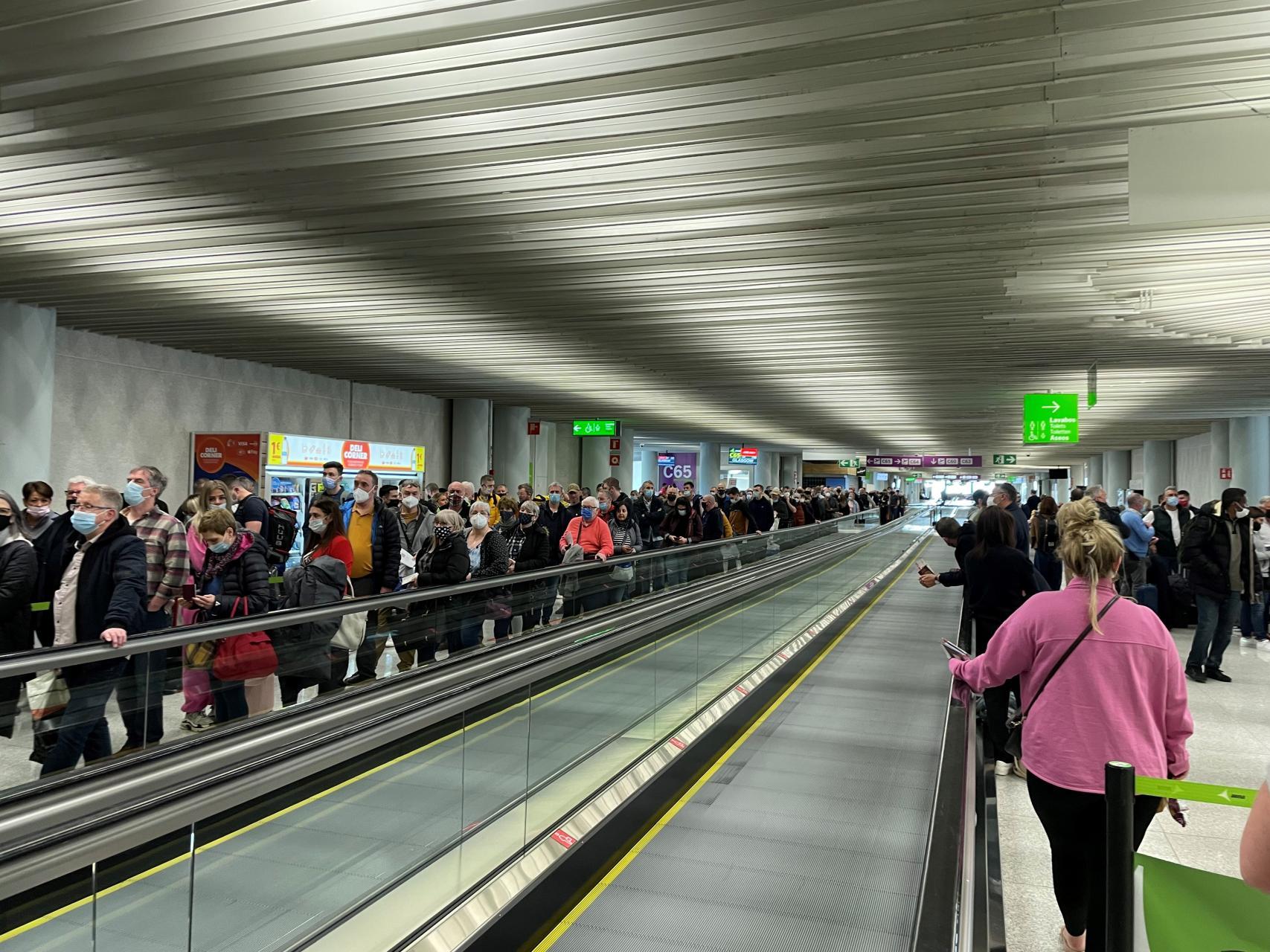 There was a constant feed of stories about delays and cancellations at European airports, while in Palma there were the laments about queues for passport control. The reality was that the queues were much as they had always been when a number of flights coincided. It largely boiled down to time of day and which day.

The sea in Mallorca is three degrees warmer than usual

Once out of the airport, however, travellers faced queues for taxis. There were shortages of these as well, and not only at the airport. Mallorca seemed to be lurching from one shortage to the next. In March, there were fears about supplies because of the truckers' strike. But by March, something way more serious had happened that threatened supplies. 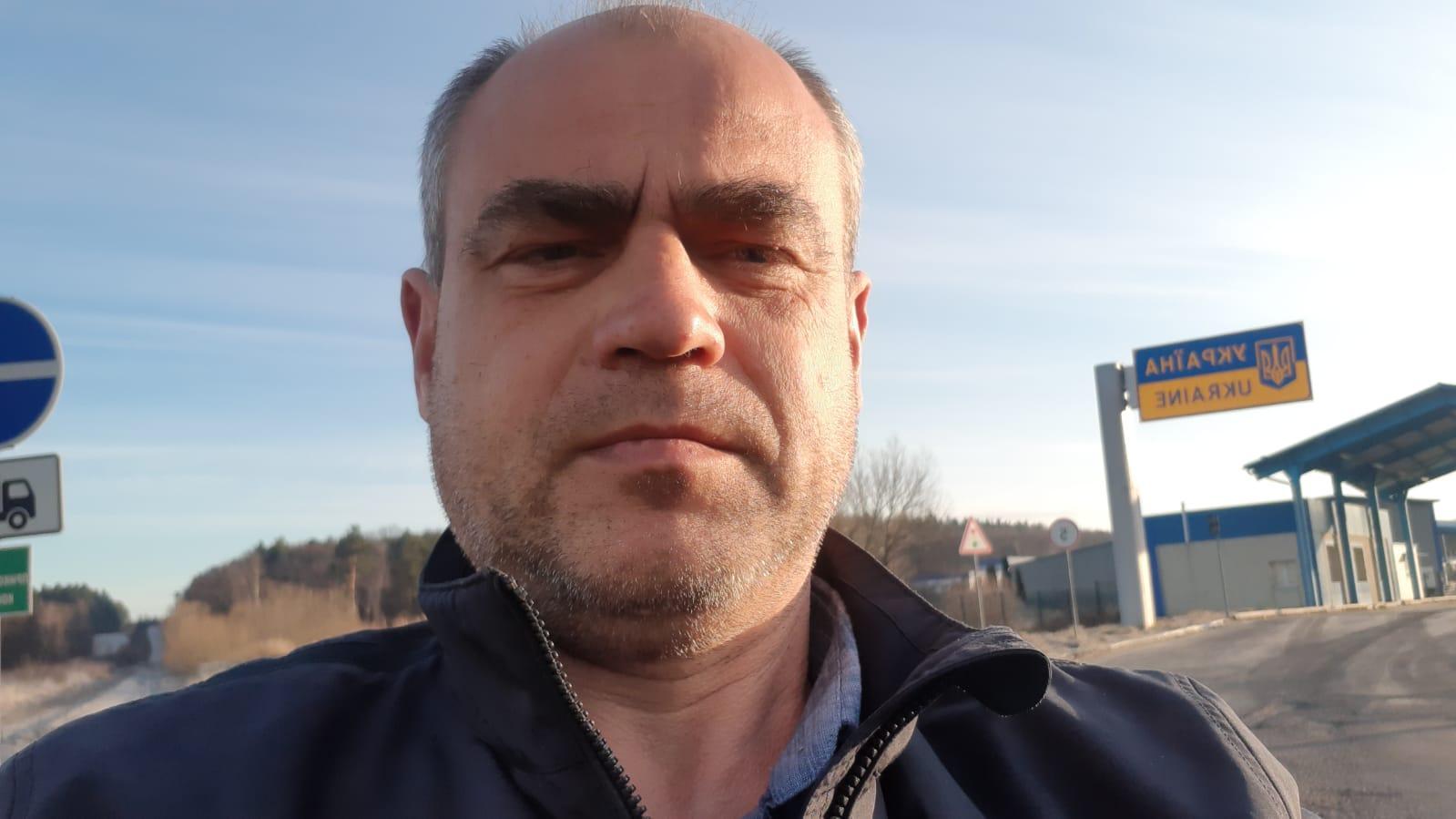 On February 26, Taras Ostapchuk, a Ukrainian engineer who worked on a Russian-owned yacht moored in Port Adriano, was arrested by the Guardia Civil for having attempted to sink the yacht. He was horrified by news footage showing a missile attack on a block of flats. The owner of the yacht, Lady Anastasia, was Alexander Mijeev, CEO of Russian military weapons company Rosoboronexport.

Taras went to court and was released on charges. A few days later, he was to say that these charges were the least of his worries. By then, he was no longer in Mallorca. He was back in Ukraine and preparing to fight. On the island, there was huge support for Ukrainians. Aid missions were organised, people opened their homes to the displaced. And as we all saw the reports and were appalled by Putin and Russia's actions, so we began to realise the impact on daily lives in Mallorca. Inconsequential it was in the scheme of things, but the price of sunflower oil was soaring.

Energy prices had already been on the rise, but they now started to climb rapidly. The cost of fuel was shooting up. The Spanish government introduced a fuel discount scheme (up to December 31). An EU agreement enabled energy bills to be kept in check after they had risen sharply. Taxes were being reduced on energy and certain categories of food and drink. By the end of the year, it did look as if there was a grip on inflation; it fell below six per cent.

The Balearic government announced a package of measures to assist citizens over the winter - the "social shield". This was but one development in a year when the island's social issues were arguably dominated by one above all - access to affordable housing. It was hardly a new issue, but rather like tourist overcrowding (and partly because of tourism), it acquired a new post-Covid momentum.

Into this came the calls for limits to foreign home buying. Curiously, when two of the three parties of the Balearic government - Més and Podemos - had raised proposals on separate occasions earlier in the year, comparatively little attention was paid to them. It was in October, when a party from the centre right, El Pi, gained parliamentary support for limits, that it all took off. This was amidst a certain confusion, as some reporting seemed to indicate that a law had been passed, when it hadn't been and couldn't have been.

The Balearic government established a group of specialists to study the possibilities of introducing limits, fully aware that it doesn't have any powers in this regard. The Senate in Madrid, meanwhile, urged the Spanish government to use its EU presidency to seek to make legislative changes. As with proposals made by El Pi, these would not just be for Mallorca and the Balearics but for all island territories facing population pressures. 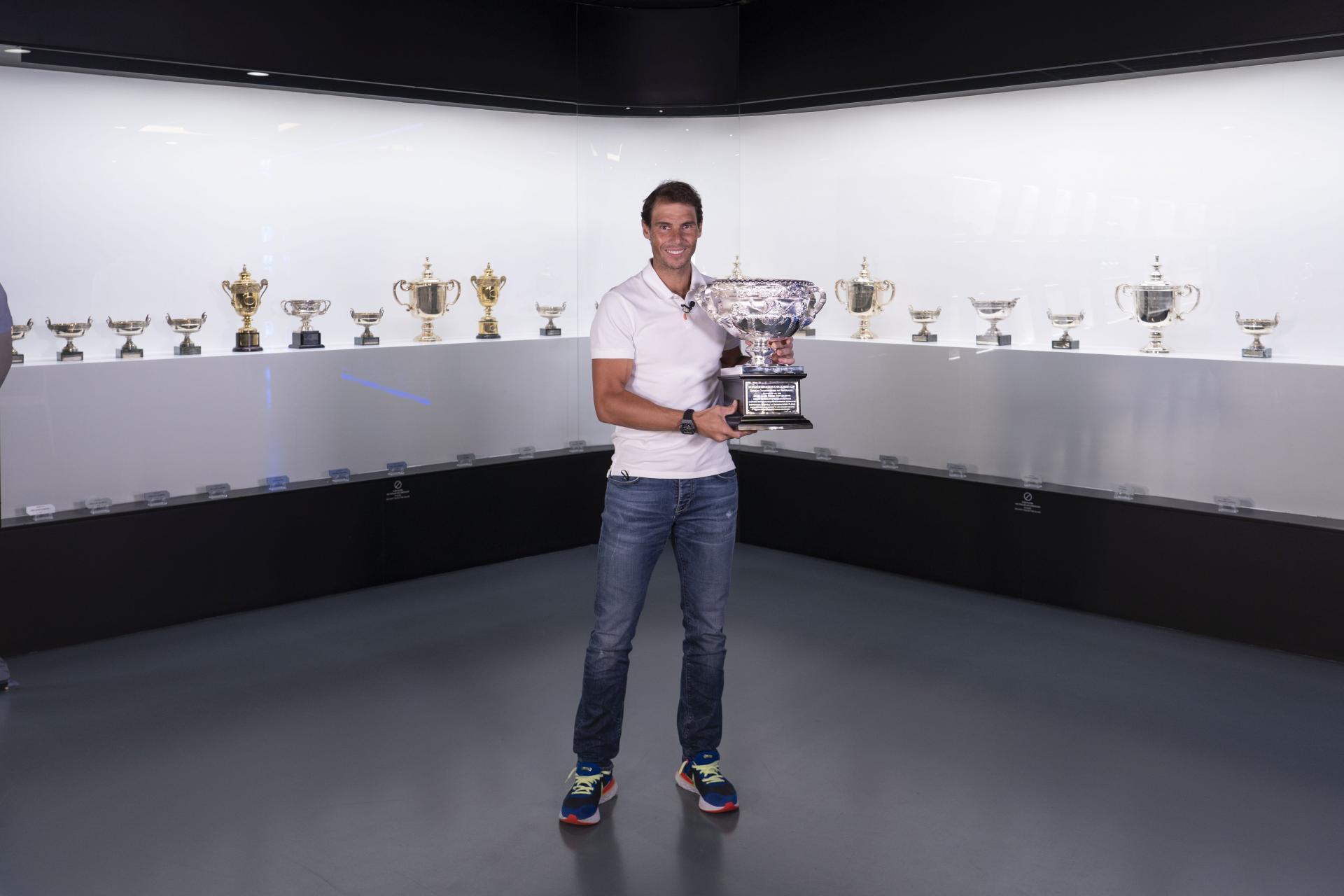 Housing will be top of the agenda at the elections in May 2023, just one subject that will carry over from 2022. But what of Mallorca's favourite son in 2023? Rafael Nadal had an astonishing 2022 until injuries took their toll. He won the Australian and French Opens before having to pull out of the Wimbledon semi-finals and going out in the fourth round at the US Open. Can he once more return from injury setbacks? Does fatherhood make him any less determined? In Mallorca, it was if there had been a royal birth.